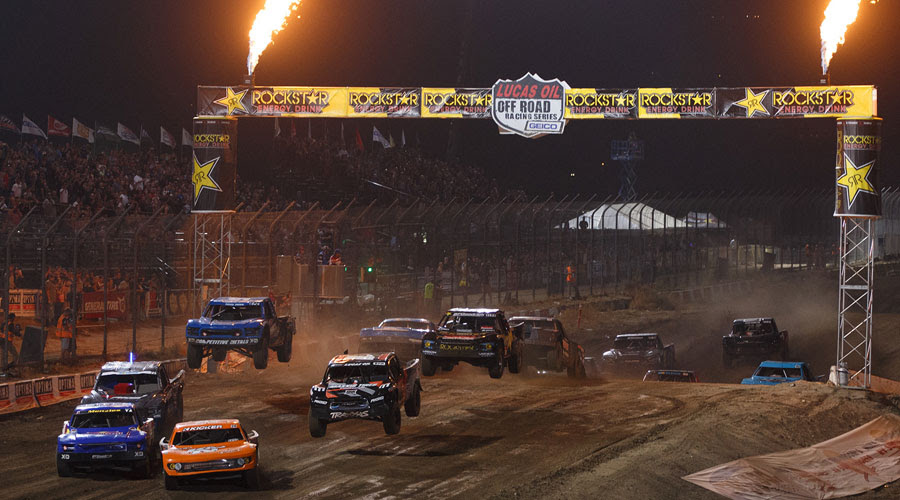 The Lucas Oil Off Road Racing Series, presented by GEICO, (LOORRS) will bring its one-of-a-kind brand of high-flying, door-banging excitement to the off road Mecca of Southern California on Saturday, March 16, when the General Tire SoCal Shootout, presented by K&N Filters, kicks off the 2019 season under the lights from San Bernardino’s Glen Helen Raceway. As the most competitive championship in the sport, the Lucas Oil Off Road Racing Series pits the most talented off road racers on the planet against one another across a growing collection of fan-friendly, pulse-pounding racetracks, and has emerged as the world’s premier short course off road racing series.

Since 2009, the Lucas Oil Off Road Racing Series has set the standard for the sport of closed course off road by continuously expanding the footprint of this dirt-slinging sensation of speed, power, and precision. While the West Coast footprint brings hallmark events to the states of Arizona, California, and Nevada, the championship has also established a growing tradition on the shores of Baja California, Mexico, and in the lush farmlands of the Midwest. It is on these dirt battlegrounds where the sport’s most iconic names and its most promising young talent converge to provide an off road spectacle that stands alone in the world of motorsports, where two-ton, 900-horsepower trucks glide across the rough terrain and soar through the air like an off road ballet. The competition is fierce, so bumping and banging is the name of the game, and whoever emerges triumphant will have laid it all on the line to earn that success.

Nestled deep in the foothills of San Bernardino lays historic Glen Helen Raceway. The perfect location for outdoor motorsports excitement, this legendary venue has been thrilling racing fans in Southern California for over 30 years. It’s only fitting that the Lucas Oil Off Road Racing Series season will start here for the first time in its history. Various classes of trucks and buggies will be tested against the tight and technical elements built into the rustic California landscape, and to add to the excitement, the SoCal Shootout will be a nighttime showcase, where the atmosphere is guaranteed to be electric under the bright lights and starry skies. 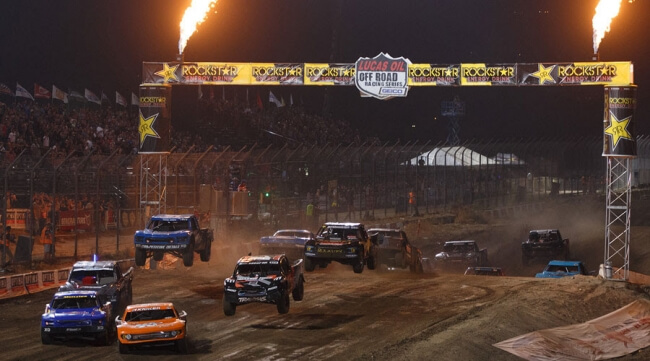 Leading the way into the 2019 Lucas Oil Off Road Racing Series season are a pair of champions that occupy each end of the sport’s spectrum – the crafty and experienced veteran, and the exciting young prodigy.

Pro 2 Champion Rob MacCachren is a living legend in the world of off road. In a career that spans all the way back to 1982, the 53-year-old Las Vegas native has won everything there is to win in this sport over the past three decades, including four victories in the famed Baja 1000. He is now a five-time champion in the Lucas Oil Off Road Racing Series’ 4×2 truck division, and has amassed a total of eight career short course off road titles to make him one of the winningest drivers in the history of the sport.

Rising star RJ Anderson parlayed a breakout 2018 season into his first Pro 4 Championship. The Riverside, California, native was born into the sport with the help of his father, Randy, who served as the longtime crew chief of Walker Evans, arguably the biggest name in the history of off road racing. As a result, RJ’s career path was all but destined to bring success and by the age of 14 he was already turning heads with his raw talent. In the 10 years since, Anderson has won multiple championships and has established himself as arguably the next off road superstar by capturing the crown in the 4×4 truck division.

While the big, powerful trucks of Pro 2 and Pro 4 are often the show stoppers, a total of nine different classes combine to provide an exceptionally competitive and captivating night of racing where men, women, boys, and girls of all ages will duke it out in a battle for victory. Few sports are as inclusive and family friendly as short course off road racing, and as a result the Lucas Off Road Racing Series has served as the launching pad for many budding careers, such as that of NASCAR rising star Hailie Deegan. 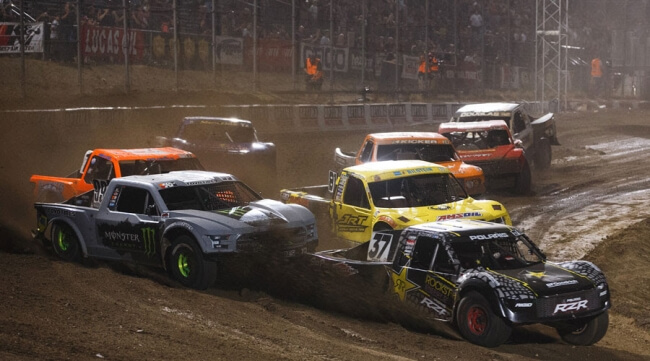 Few sports can provide the amount of awe and excitement regularly seen in the Lucas Oil Off Road Racing Series, and that’s why it remains the pinnacle of off road racing. It’s something no motorsports fan will want to miss.

Tickets for the Lucas Oil Off Road Racing Series are available at http://www.lucasoiloffroad.com.

For information about the Lucas Oil Off Road Racing Series please visit LucasOilOffRoad.com and be sure to follow all of the LOORRS social media channels for exclusive content and additional information on the latest news: