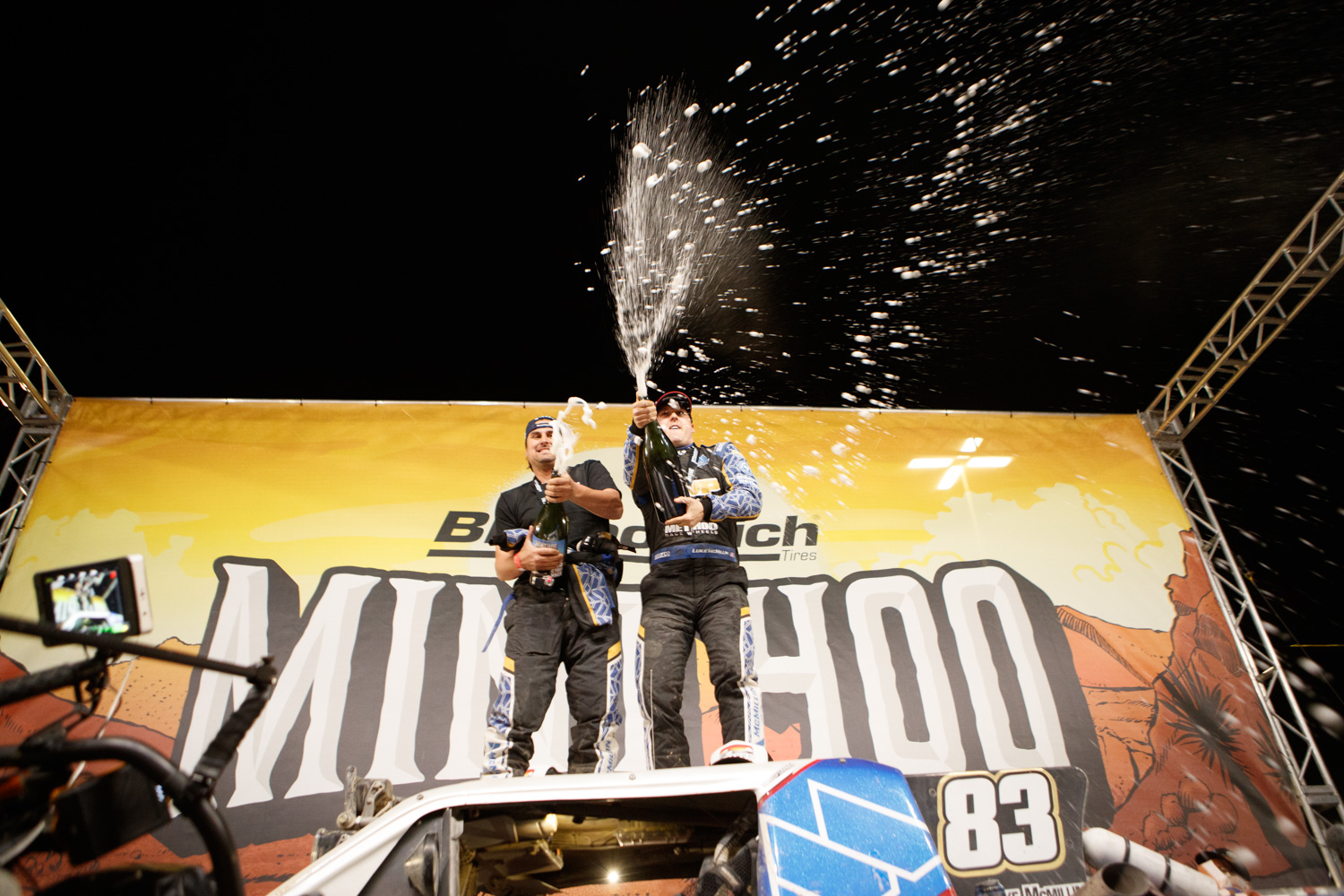 32 years after his father Mark first triumphed in the Great American Off-Road Race, Luke McMillin added his name to the illustrious list of overall winners of the BFGoodrich Tires Mint 400 with a victory on Saturday night. McMillin and co-driver Jason Duncan took the lead on the final lap of the race to score the win with an unofficial time of 6:49:52, collecting a $15,000 prize from event organizers and $25,000 contingency bonus from BFGoodrich Tires.

“This means a lot,” added Mint 400 CEO Matt Martelli. “The McMillin family has been in off-road racing for generations, and here they are again, not only winning the biggest and baddest off-road race, but arguably the hardest, being that we were four laps and 428 miles this year.”

The action was intense and unpredictable throughout the day, as what looked to be a decisive victory for Concrete Motorsports ended in heartbreak with a head gasket failure. With the extensive lead that Harley Letner had built no longer in play, the race looked to come down to the Unlimited Trucks of Ryan Arciero, McMillin, and Bryce Menzies, who started the fourth lap within seconds of one another and maintained those positions up to the FOX Proving Grounds.

When Arciero suffered a flat tire with the victory in his sights, McMillin inherited the top spot, and never looked back on the way to his first Mint 400 victory. It was the fourth victory for the McMillin off-road racing dynasty, as cousin Andy McMillin also took top honors in both 2009 and 2014. Meanwhile, Menzies also got around Arciero for second across the finish line.

Full results from the 2020 BFGoodrich Tires Mint 400 will be made available after the conclusion of the event. For up to date information on this year’s event, and to livestream the action, visit themint400.com or follow @themint400 on social media.