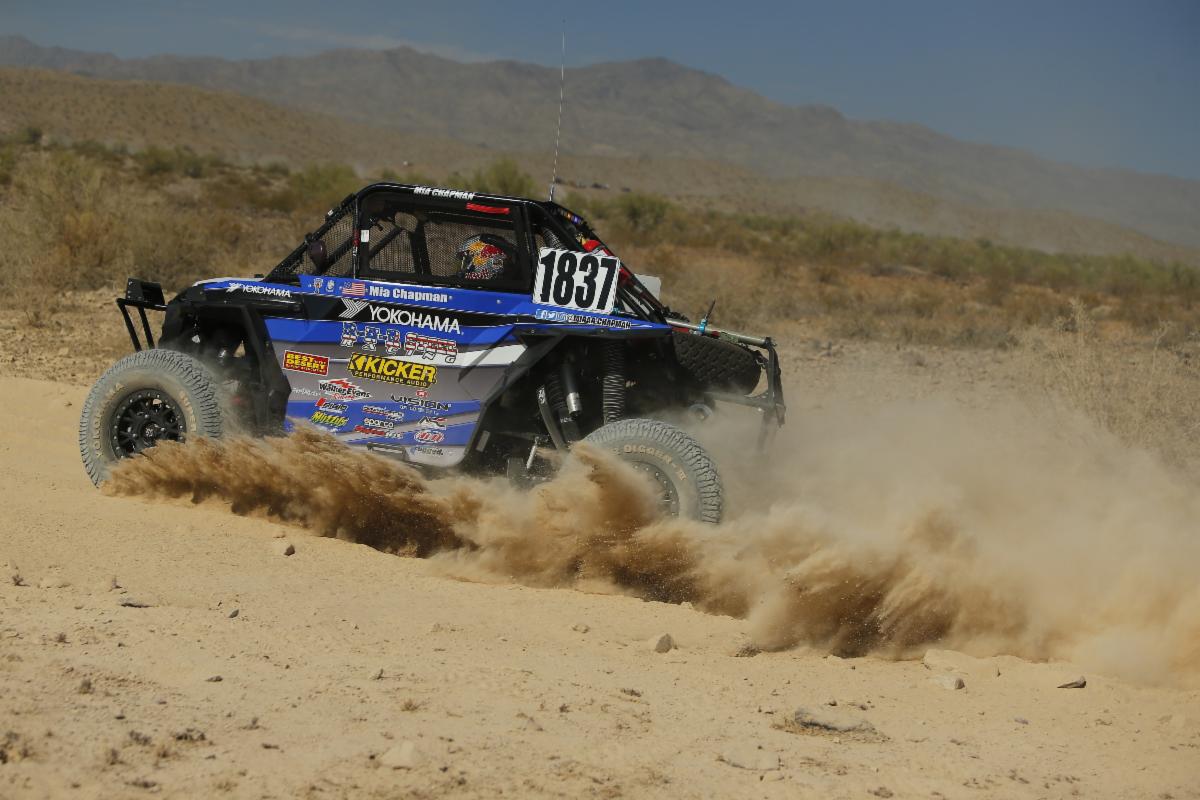 Professional off-road racer and Red Bull athlete Mia Chapman and Erica Sacks paired up to bring the #1837 Polaris RZR to the finish in last weekend’s UTV World Championship, conquering a brand new course in Lake Havasu, Arizona with a total time of 7:18:47.632. The result was good enough for ninth place in the Desert Pro NA class, placing the duo ahead of some of the biggest names in the division.

“Finishing the UTV World Championship is an accomplishment no matter what, but this year proved just how tough this race really is,” said Chapman. “Seeing some of the other teams that weren’t able to make it to the finish line shows what we were all up against this year with the new course. I absolutely have to thank Erica for her support—we definitely couldn’t have brought it to the end without her. Now, it’s onto BlueWater to try and wrap up the year on another high note!”

This year’s UTV World Championship was unlike any other, as the new layout confined the course to a four-mile surface area. Three of the top four starters in class in Friday’s race were unable to make it to the finish line, as more than half of the field took DNFs. Chapman and Sacks navigated the treacherous course and avoided the pitfalls that plagued other competitors over the course of five grueling laps. The next day, Chapman traded in her helmet for a microphone, working on race coverage during Saturday’s events.

Chapman will complete her 2020 season and first campaign as primarily a desert racer with the BlueWater Desert Challenge on October 22-25, as the popular race returns to Parker, Arizona after a three-year hiatus. Click here for more information on the event. In addition, be sure to subscribe to Mia Chapman’s Free For All on Apple Podcasts, or listen now on Spreaker.