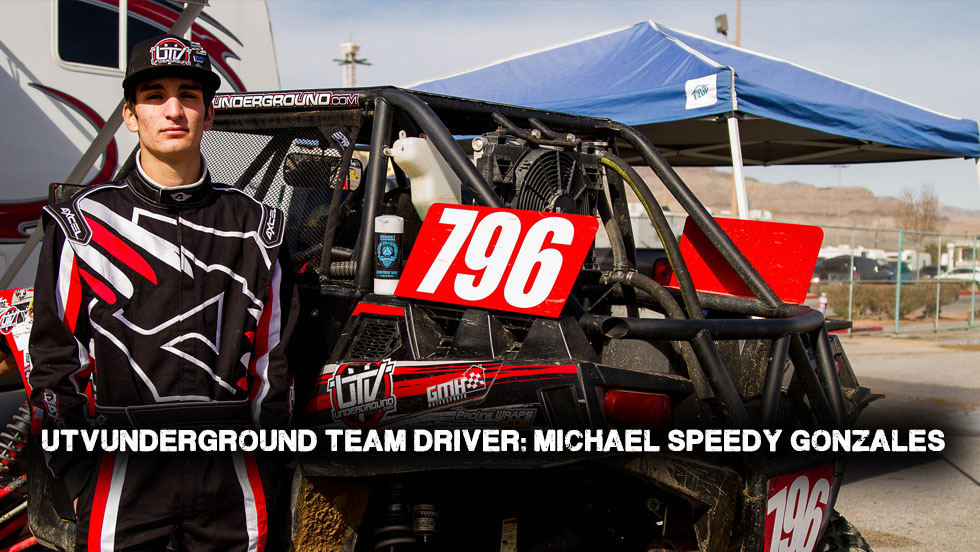 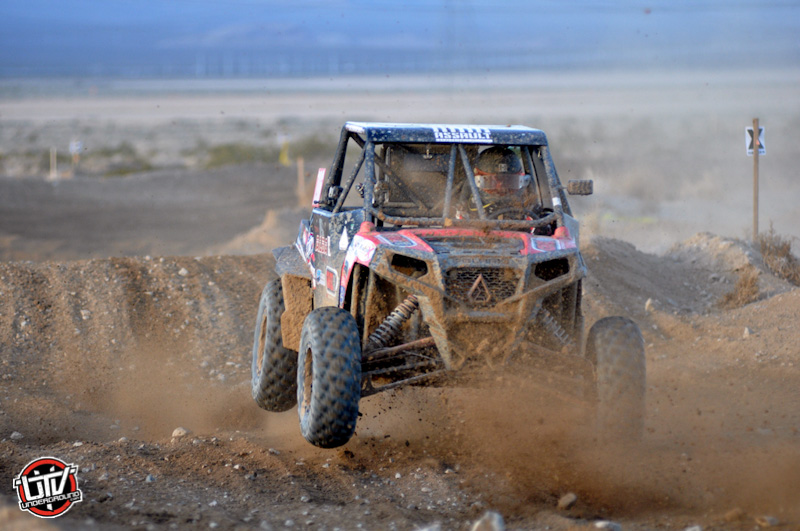 We first met Michael Gonzales A.K.A. Speedy Gonzales back in 2011 at round 4 of the WORCS racing series at Cahuilla Creek MX in Anza, CA. At the time he was just a young, bright eyed kid with a Yamaha Rhino looking to get out and have some fun and hopefully get himself a W! I approached Speedy and his dad Marco, handed them some UTVUnderground.com stickers and wished them luck. They not only slapped the stickers on without ever taking them off, they also became some of our biggest fans and one of our favorite teams. I don’t think Speedy got the W that day, but he did turn some heads and he got our attention and earned our respect.

At the time I didn’t known who Michael was or that he was the brother to the 2 Gonzales siblings who had lost their lives tragically in a SXS accident in the Glamis dunes back in 2007. The smile and excitement he had at the track masked the pain and struggle that he and his family still live with today. The story of his older sister Amanda and brother Jacob really hit home for me back then. I remember sending well wishes via the Glamis Dunes forum to this family I had never met and talking it over with my wife. I never knew that one day I would be supporting a racer who lived through this heartbreaking event.

Fast forward to today and I now know his story. While I can’t say I relate with his pain as I have never experienced what he has, I can’t help but imagine the internal struggle and sorrow Michael and his family have had to battle with following the events that took place back in 2007. With that said, I know their memory lives on through Speedy, and the light he shines with every smile he cracks is proof that the spirit of his bro and sis are with him in all he does. Speedy is not defined by the accident that shook his family to the core, but rather, he chooses to use it as motivation for his life and for his racing! Speedy turned 18 this week and the first thing he did was go tattoo his skin with a memorial to Jacob and Amanda, something Mom & Dad had made him wait to do. He didn’t need the tattoo to remind himself of their memory, instead its a reminder to everyone else that while Speedy is the one driving, he has 2 others with him in that car enjoying the ride! 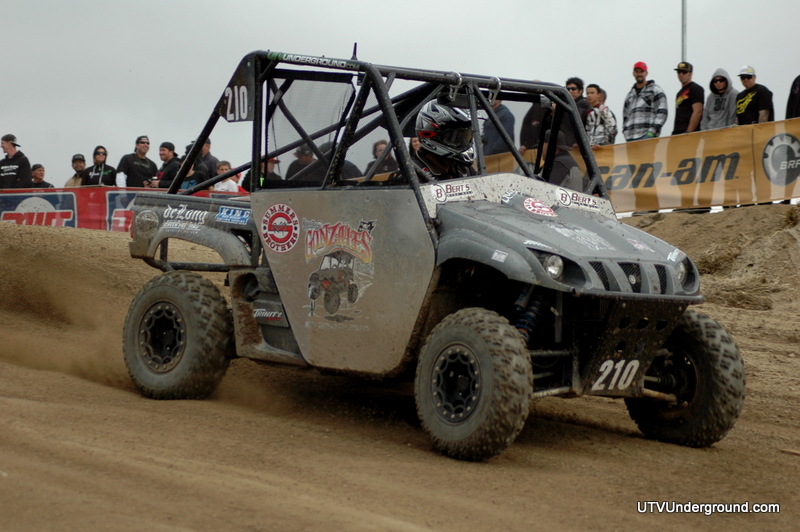 Michael has been riding Quads/Motorcycles since he was six years old. He started driving a Yamaha Rhino in 2007. He entered his first sxs race at the 2009 Lake Elsinore Grand Prix and placed third in his class out of fourteen. He instantly knew that off-road racing is what he wanted to pour his heart and soul into, and someday become a professional off-road racer. Speedy Gonzales Racing Team was formed soon after and its been a race ever since then.

In 2011, he started racing WORCS. He did this with the help of his first official sponsor, Ernie the Attorney Racing. Speedy earned the #2 plate in his division of the production 700 class. In 2012, he found another local race series he wanted to tackle called The Dirt Series. This series helped bring out his MX skills and one special person took notice. Kenny Osborn of Black Rhino Performance saw the potential in Michael and gave him the opportunity he needed and put Speedy together with some of the top sponsors such as Alba Racing, GMZ Race Products and Racer X Motorsports. He went on to win 2nd place in the championship production 700 class that year.

Several other people had their eye on Speedy and he was soon asked to be a driver in the 2012 Baja 1000, in an XP900. His dreams were being lived! 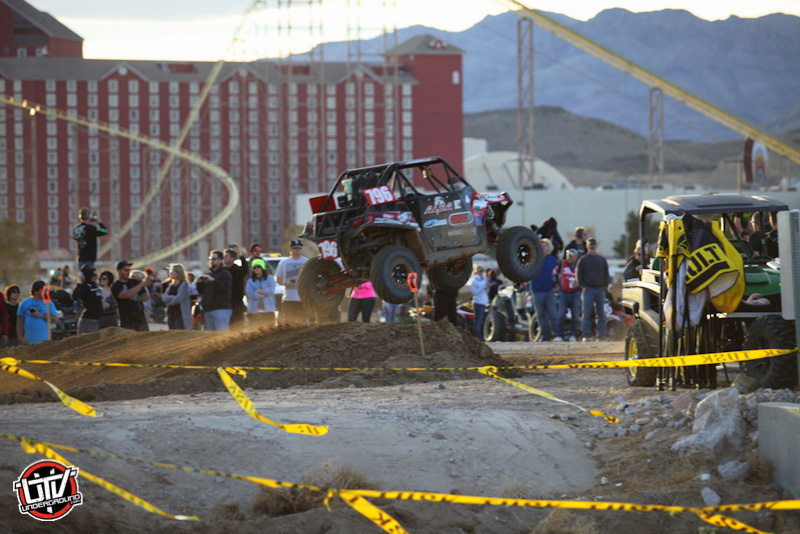 For the 2013 race season, he knew he needed to step up his game and with excitement retired his Yamaha rhino and jumped into a new Polaris RZR XP900. He signed up to race in the Production 1000 class of WORCS and also in the The Dirt Series and again had the backing of Black Rhino/Racer X Motorsports, GMZ Race Products and Alba Motors and Triumph Motorsports. This was a great year, he gained several more sponsors to help build him a great car. A new comer to the off-road scene that year was Assault UTV.  They asked Speedy to be a test rider for new products that they had in development. Owner Marcelo Danze said: “Speedy’s aggressive racing ability helps assault make proven products!”. His RZR XP has all of the xp900 parts on it.  He uses Walker Evans Racing shocks ,and UTVUnderground.com dialed him in with a professional looking ProLineWraps graphics kit for his new RZR. He continued to have support from DOW Hydraulics, Mitch’s Automotive and Berts Mega Mall who have been there since day 1. Speedy went on to complete 17 races and finished both series with two 3rd place Podium finishes.

As he headed into the 2014 season, he joined The fast growing Magnum Offroad Race Team. He started off The first WORCS race with a newly built Magnum Offroad cage. Nate Martinez from Alba Racing rebuilt his engine and he had all new Assault products, GMZ wheels & tires and added a new sponsor to the list, Axcel Sports. They fitted Speedy with a new suit and shoes to provide the comfort and body safety needed to get through the race season. Once again he would be racing WORCS and the Dirt Series for a total of 19 races! He is one of the most committed racers around, and for that UTVUnderground.com is proud to have him representing us on and off the track!

Racing is his passion, his dream and he has the determination to be the best. But more than that, he rides in honor of his 2 angels watching from above. Jacob & Amanda are his eyes in the sky, his silent support and his motivation to be the best person, driver and example that he can possibly be. Add in that he has one kick ass fireman dad, a supportive, loving and talented photographer mom and group of the sports best sponsors, and you got a team that is capable of doing great things. 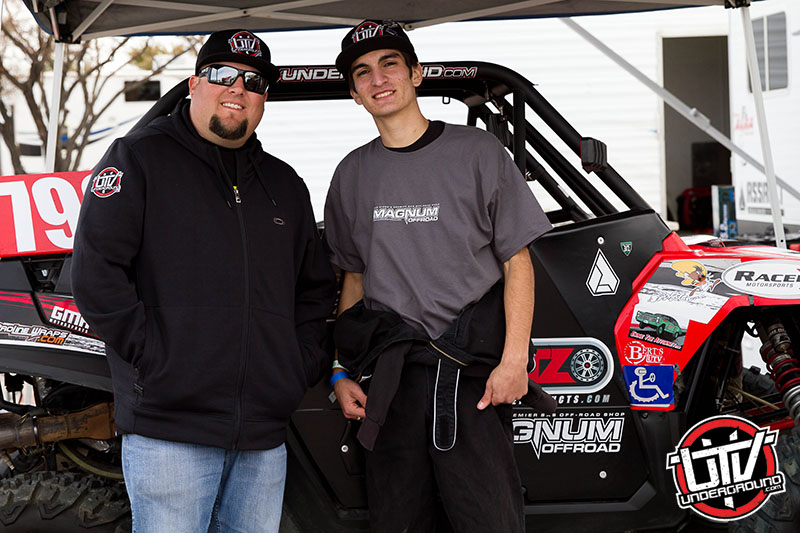