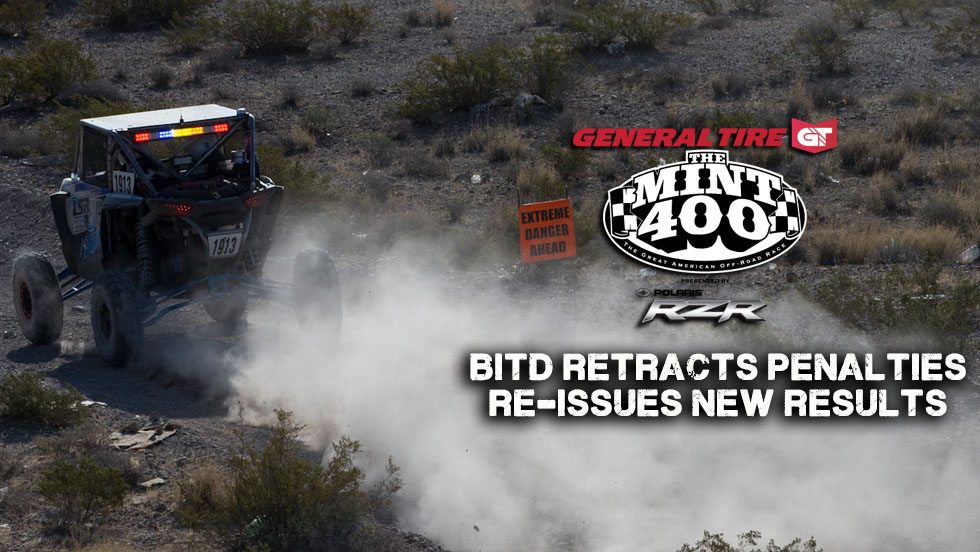 BITD has once again shaken up the results of the Mint 400 by now retracting their official results from yesterday, thus removing all penalties that were issued and restoring results to the way they were listed unofficially.

Racers yesterday were penalized for trash being left in their assigned pit stalls. 30 Minute penalties were given to numerous teams, the bulk of which were UTV race teams. Racers such as Marc Burnett, driver of the 1905 Can-Am Maverick, freaked when they heard the results. Burnett’s 30 minute penalty knocked him from a 2nd place podium to a 5th place finish time. Branden Sims of the 1913 Polaris RZR was also bummed from the podium when handed his 30 Minute trash penalty. Both racers, as well as many others, claimed the penalties to be bogus, that their pits were clean when they left after their morning race. While there is no way to prove who is right or wrong, its easy to see that there is no way to assume that the UTV racers who departed in the morning were responsible as many others were left in the area for the afternoon race. Can-Am racers who were penalized claimed they were handed penalties for pit location they were not even pitted in. In the end BITD came to the conclusion to retract the penalties assessed and left the racers with a stiff warning to pick up their trash from now on.

But this isn’t the end of it we are afraid. The 850 UTV class had a major shift in results due to a stop / check violation by the winning 1963 Kawasaki Teryx driven by David Lyttle. Lyttle, a BITD rookie,  was penalized for not stopping at one of the stop / check locations, the same location that numerous others also missed including top Trick Truck teams. The penalty thus bumped the 2nd place finisher Scott Martinez in the 1951 John Deere into the winners position. HOWEVER, BITD’s statement on their latest results released just minutes ago states that ALL penalties have been reversed and it now shows Lyttle back in the top spot claiming the win he was originally rewarded.

We are not sure where this will end up. Racers were gearing up for a major fight had BITD not re-reversed their results. For now it looks as if peace will be restored with the exception of the 850 UTV class which we are sure the John Deere team will have something to say about. Only time will tell..

Stay tuned to UTVUnderground.com for all the latest as its released! 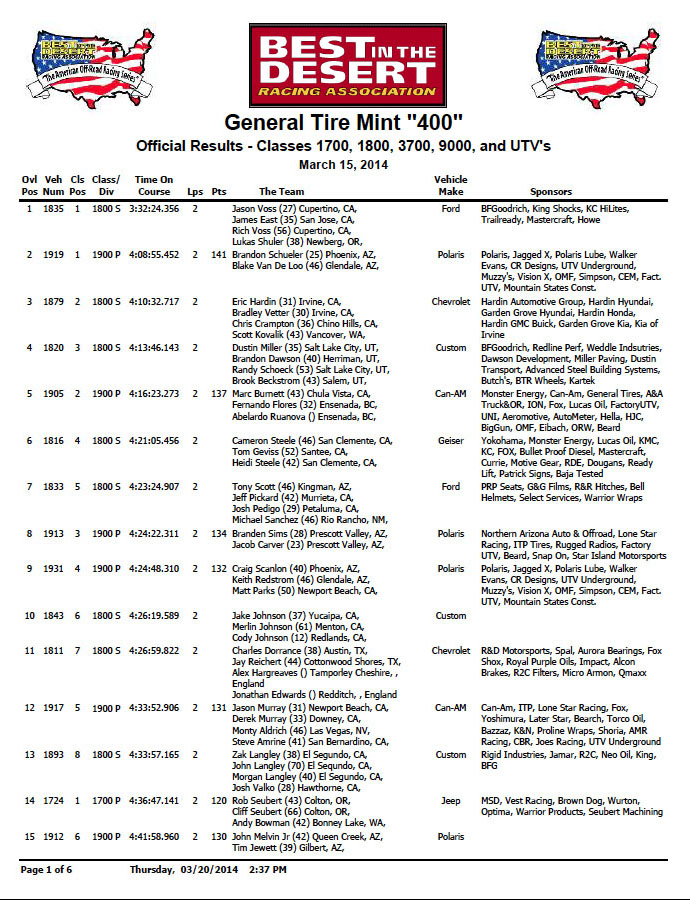 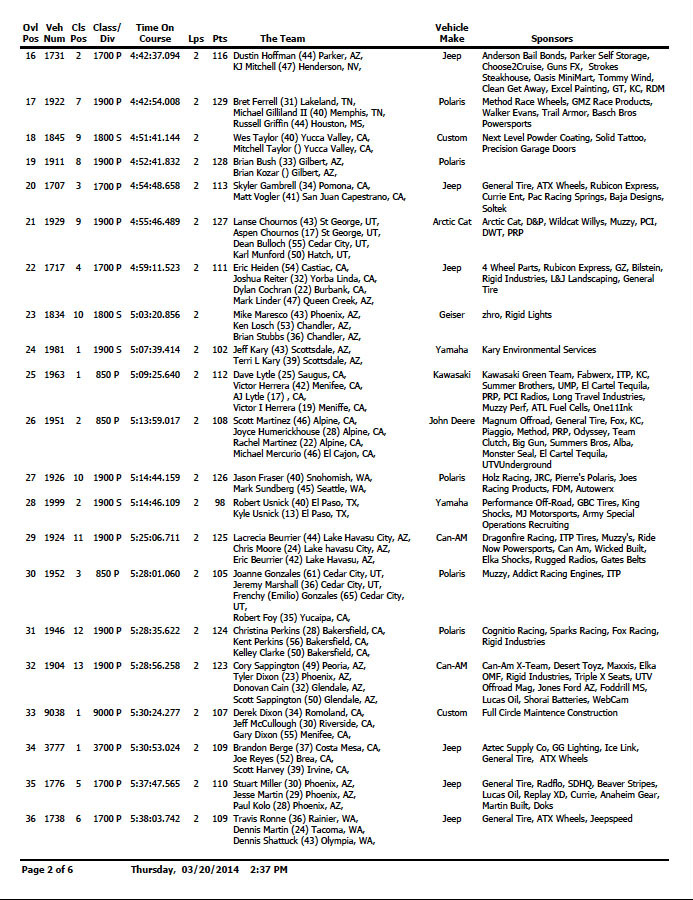 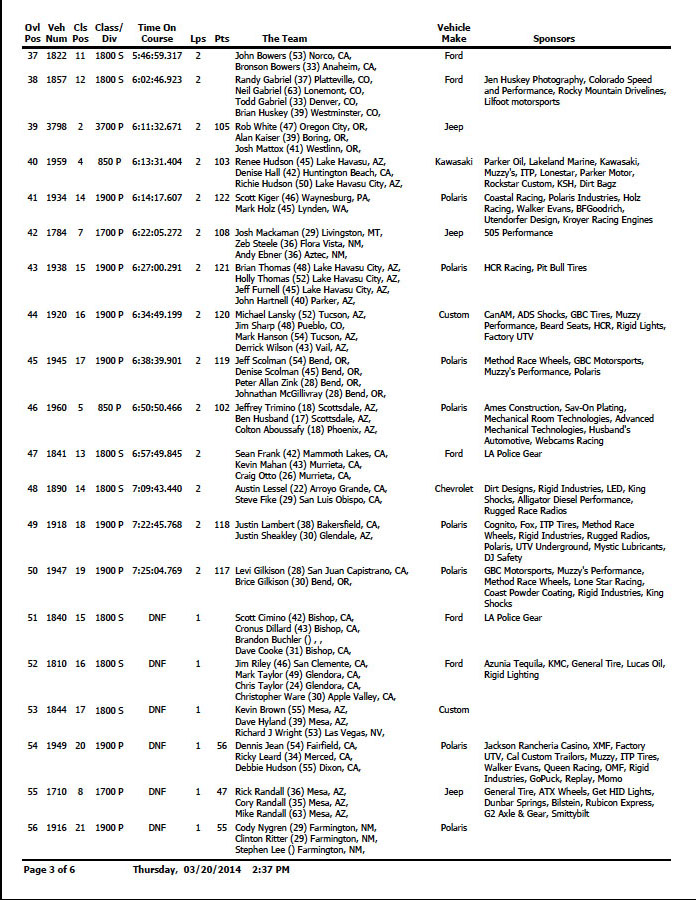 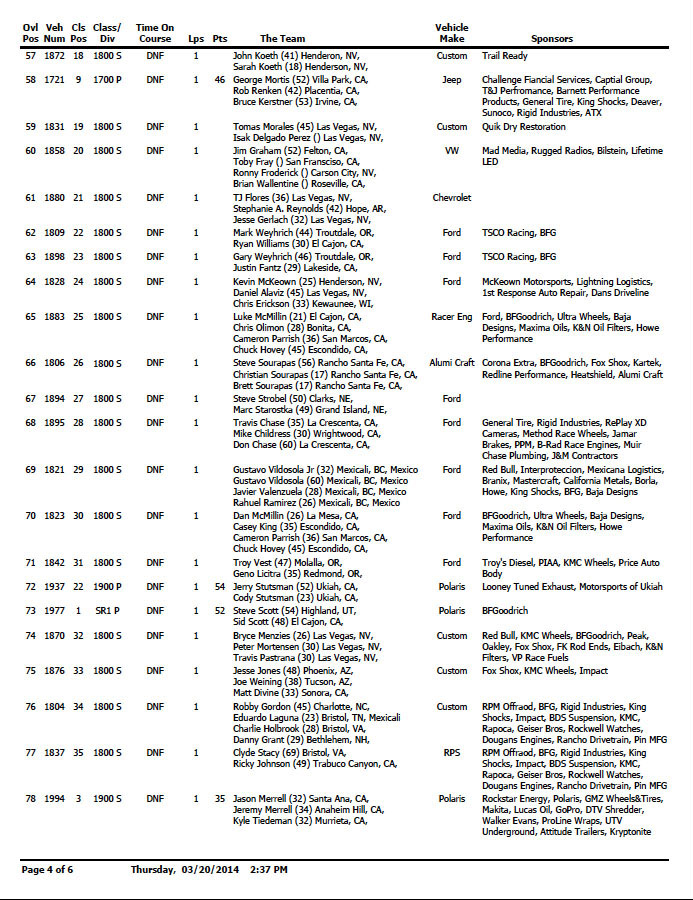 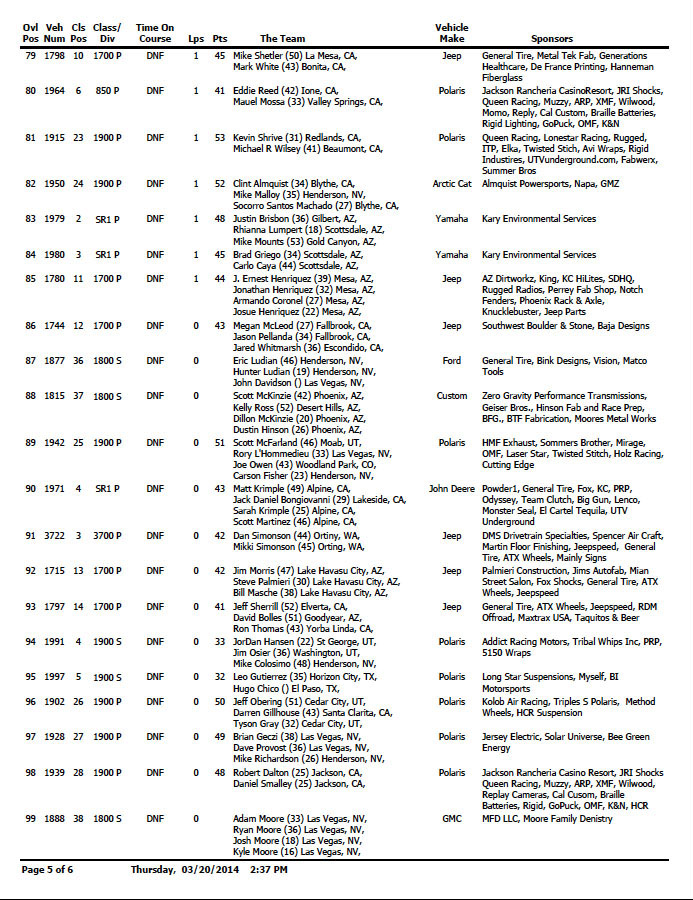 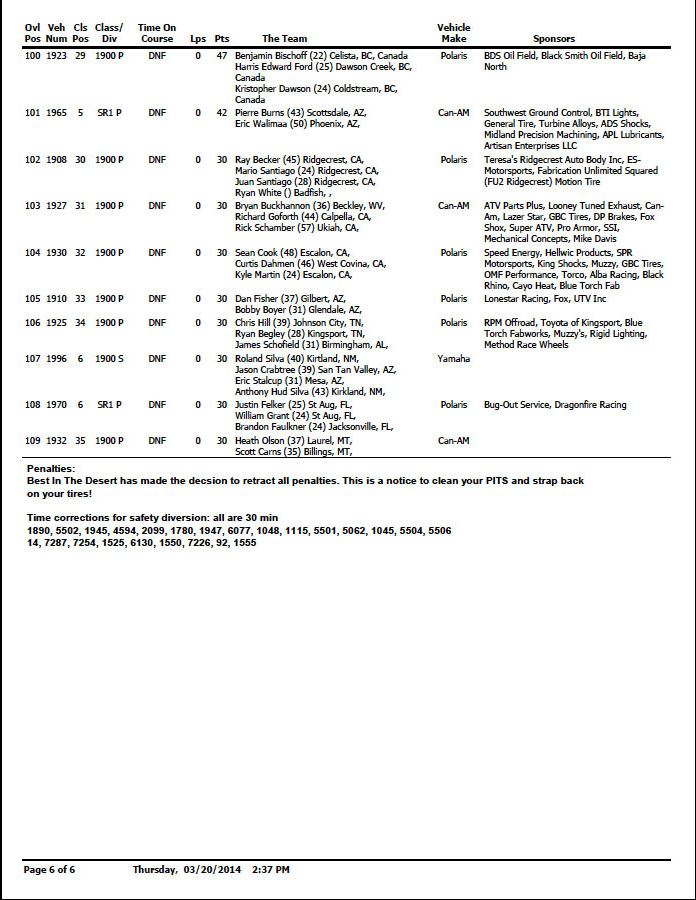