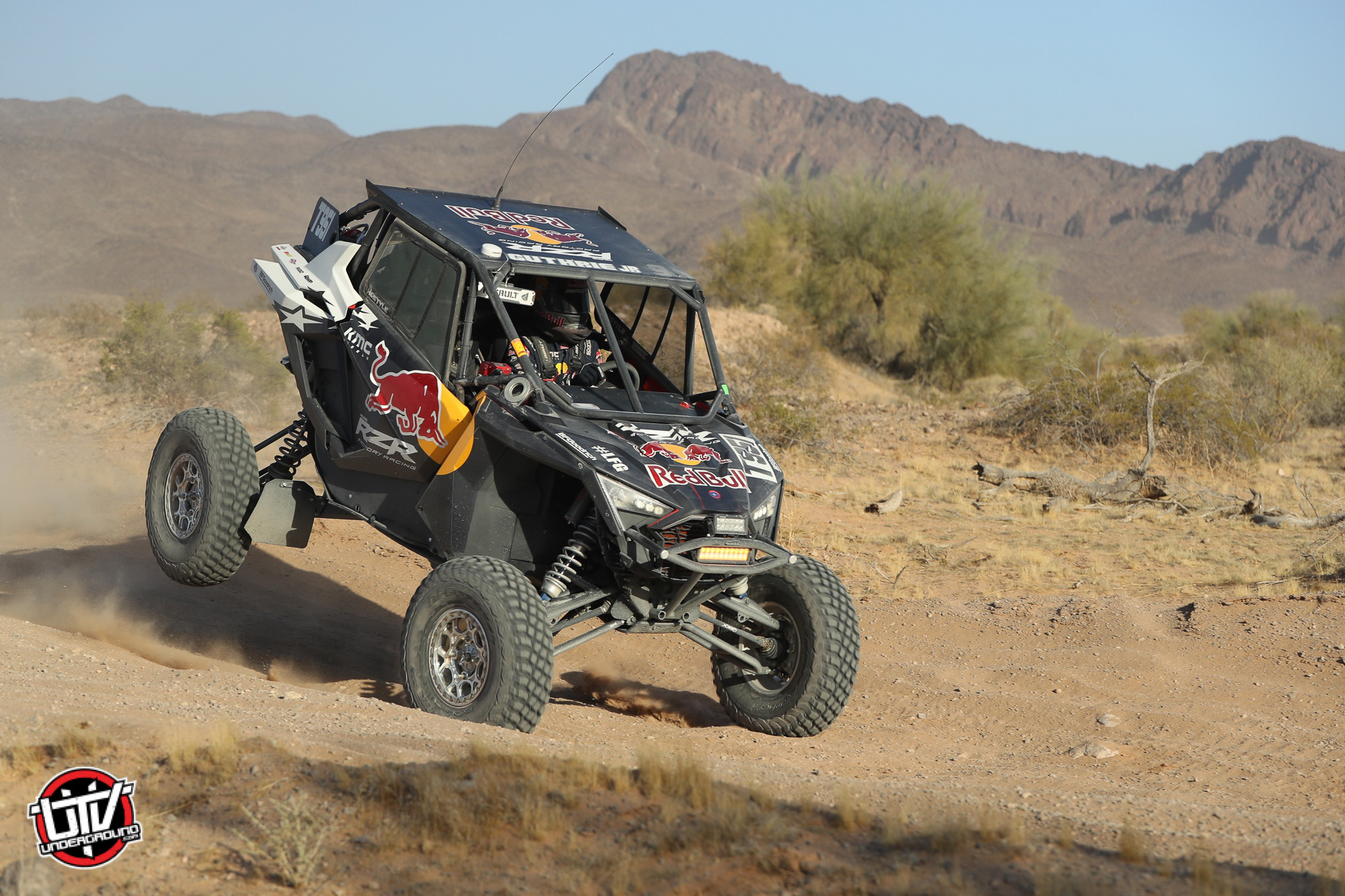 Racing a brand new build, 2019 Best in the Desert UTV Turbo champion Mitch Guthrie Jr. began his pursuit to reclaim that title from Phil Blurton with a victory in Saturday’s Tensor Tire Parker 250. Guthrie conquered four laps of the always-challenging Parker course in his #T951 Polaris RZR 4:42:26.296, just under two minutes ahead of Bruce Binnquist, while Dustin Jones completed the podium.

Blurton was fourth overall, while Vito Ranuio completed an overall top five that was separated by just under 10 minutes. The Turbo class took up eight of the top 10 overall finishing spots, with only top Unlimited finishers and Can-Am racers Michael Isom and Randy Raschein breaking the domination in eighth and ninth overall, respectively. All three Unlimited podium finishers cracked the top 15, with Chris Blais in 15th place among the 119 entries set to run four laps.

In the UTV NA class, Carson Wernimont ensured that three different manufacturers would take top honors in Parker, leading Kawasaki to victory ahead of Josh Row and Austin Bolton. Defending class winner and series champion Seth Quintero moved up to the Turbo class for the first time on Saturday, but only completed two laps of the event in a challenging debut; he was scored 27th in class and 67th overall.

Among the three-lap classes, Justin Smith was the top overall finisher in the UTV Rally division, while fellow Rally class racer Kailee Olliges and Pure Stock driver Blake Bennett completed the overall three-lap podium. The Rally, Pure Stock, and Sportsman divisions added 36 more UTVs to what was already a robust pro field, while motorcycles, quads, and youth racers pushed the overall total entries on the weekend to well over 300.

Unofficial results of the 2021 Parker 250 for all classes can be found here. The Best in the Desert season resumes for UTVs, motorcycles, and quads on March 25-28 in Laughlin for the All Terrain Concepts UTV Legends Championship, while all three will join cars and trucks on April 29-May 2 for the Jimco Racing Silver State 300, one of just two events this year where every division will compete on the same weekend.