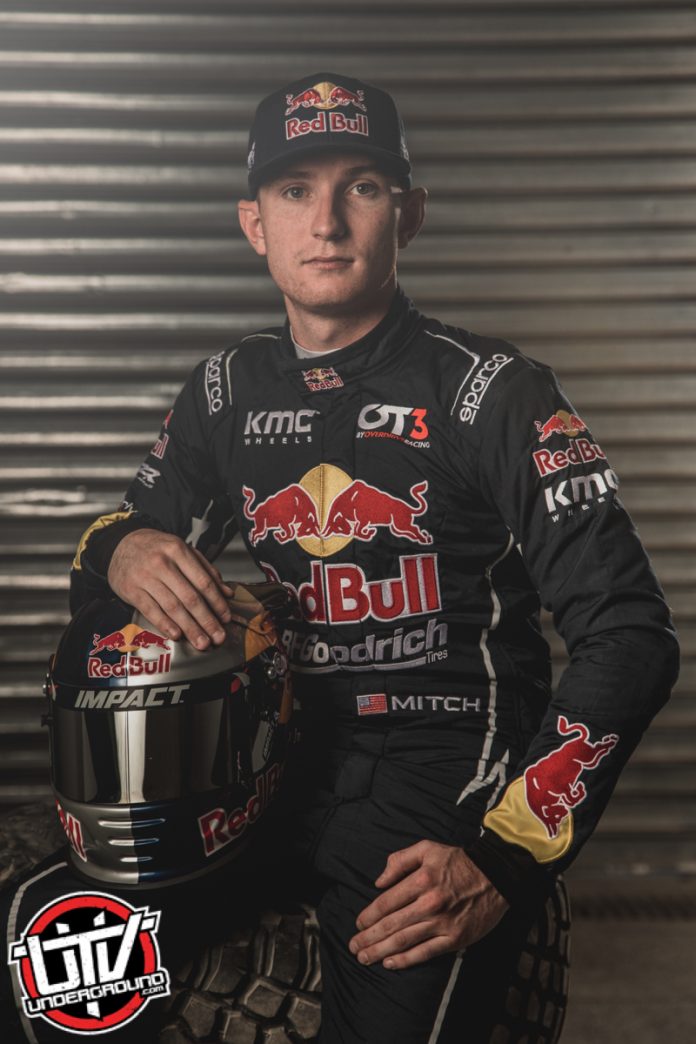 Two-time King of the Hammers UTV winner Mitch Guthrie Jr. got his start learning from the only man who has claimed six victories in the event, his father, Mitch Guthrie Sr. With off-road racing in his blood, Mitch Jr. is taking his own path, and has already logged a Baja 1000 triumph, the UTV World Championship and a pair of MINT 400 victories, as well as a Best in the Desert series title. Now, as a member of the new Red Bull Off-road Junior Team USA, he’s expanding his horizons internationally, including the world’s most famous long-distance rally: Dakar.

Like father, like son – and then some  Mitch was born in Glendora, California in 1996. “Our family always went to the desert for fun,” he says. “My dad did rock crawling competitively, and we were into off-road.”

Before he was 10, Mitch got his first look at trophy karts, and he pestered his parents until they got him one for his birthday. He started racing immediately.

“The very first race, I wadded up my car,” Mitch laughs. “I locked bumpers with another car, went into a whoop section and totaled my kart. So that was my start to racing!”   As Mitch continued, his results improved rapidly. In his mid-teens, he started racing Polaris RZR side-by-sides along with his father, and that’s when “things started to get serious.” Mitch became a factory racer before he hit 20, and major wins came one after the other. He captured his UTV World Championship in 2016, and the following year he grabbed the top of the podium at both the MINT 400 and the Baja 1000. He added to the family legacy with his back-to-back King of the Hammers wins in 2018 and 2019, and additionally clinched his second MINT 400 crown in 2019.  “I think off-road is as much mental as physical,” Mitch assesses. “Some of the longer races, like the Baja 1000, are physically demanding, but it’s also mentally demanding to stare at dirt roads for 12 hours while trying to go as fast as you can. You have to keep your head straight.”

Upping the game Just when he thought 2019 couldn’t get any better, Mitch was invited to join the new Red Bull Off-road Junior Team USA, where he’ll be driving with Blade Hildebrand and Seth Quintero. He soon found himself overseas, preparing for the 2020 Dakar Rally.

He explains, “The initial test we did was in Morocco, driving the car for the first time. It was definitely a different experience, but it was cool because we had a lot of good people mentoring us who had been there before.”

He continues, “Then we tested in France, another place I’d never been, and did some training in Andorra, where [five-time Dakar winner] Cyril Despres lives. We learned a lot from everything he’s been doing to get ready for races for more than 10 years now.”

The calendar for the Red Bull Junior Off-road Team also includes the Rallye du Maroc and, back in the USA, Mitch will be doing the Best in the Desert series and going for a three-peat in the King of the Hammers.

“In domestic racing, my car will be a fully wrapped Red Bull car, and I don’t think anything quite like that has been done in the UTV category before,” Mitch points out. “I think it’s really going to up the game and open some eyes about what the UTV class is moving towards.”

And as for what Mitch himself is moving toward, he says, “I’m just trying to branch out and learn as much as I can, and this program is really allowing me to do that. This is a whole new thing for me, and having the help of people who have been doing it for 10 or even 20 years is going to make a big difference with the learning curve at Dakar and the other international races.”

He concludes, “It’s going to be a pretty wild experience. While it’ll be tough, I think we have a really good team – and the best team behind us. We have a good shot at it, for sure.”