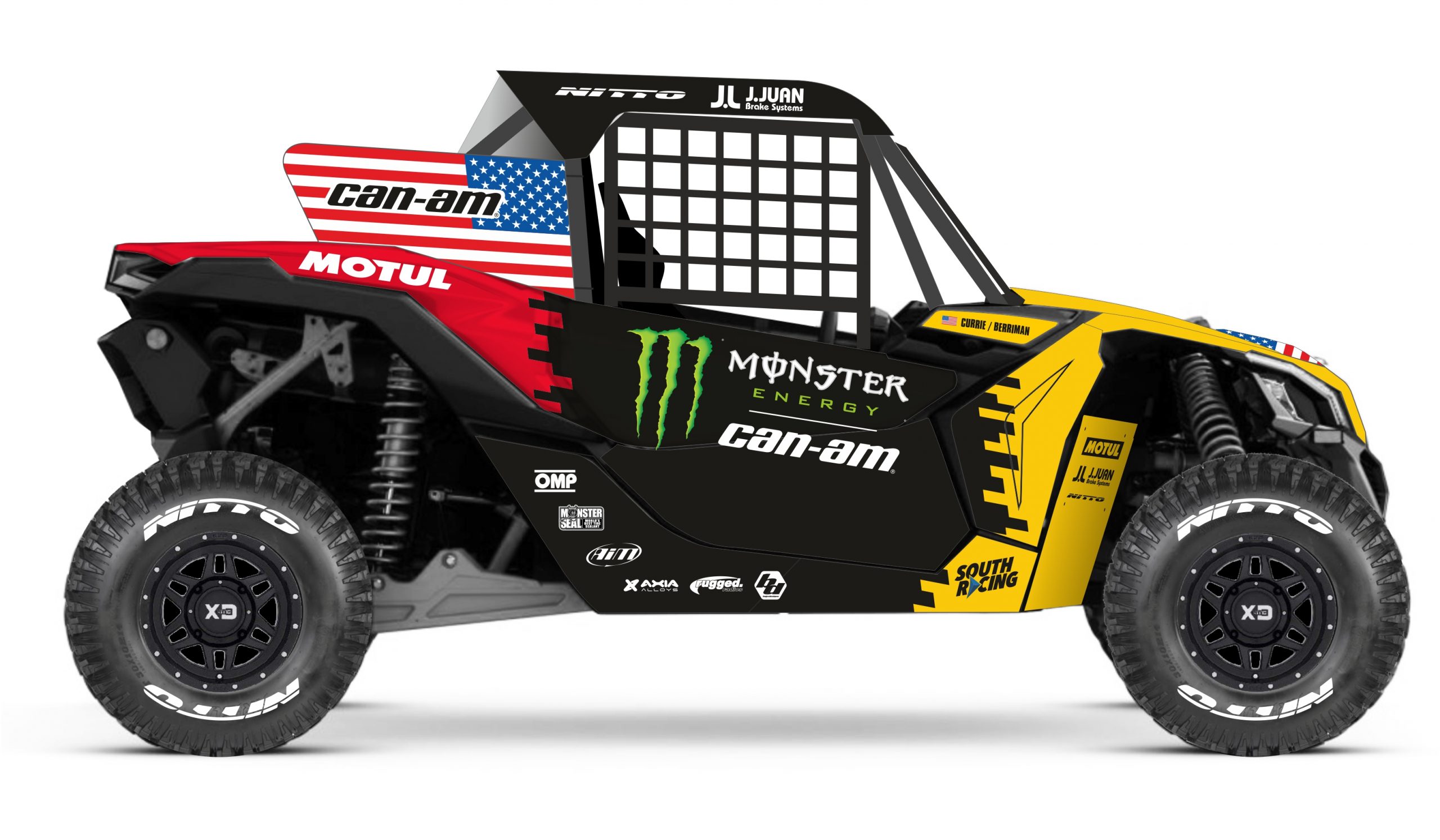 Dakar 2020 is just around the corner and Motul will once again be right at the heart of the world’s toughest rally raid. As a major partner to the event itself, Motul’s 360° involvement touches many areas and many people, but its partnerships with factory entrants and competitors are at the core of the event.

Starting on 5th January in Saudi Arabia, the three Monster Energy Can-Am Maverick entries will face 7,500 km of route, 75% of which will be over sand. Flawless navigation, performance management and driving skills will all be key to success, and Motul’s transmission and engines oils will play an important role as always. For reliability, performance and durability, Motul Gear Competition 75W140 and 300V2 Factory Line 10W50, specially formulated with exclusive ESTERCore technology for maximum power in racing conditions, are the lubricants of choice for winners across the globe. In today’s eco-conscious environment, we shouldn’t forget that the engine oil is made of an organic base, reducing the carbon footprint and using less raw fossil materials.

Monster Energy Can-Am drivers and co-drivers form a multi-national line up with Casey Currie from the USA, Gerard Farres from Spain and Brazil’s 2019 FIA World Cup Winner Reinaldo Varela behind the wheel. Currie eats, sleeps and lives motorsport and has been preparing non-stop for Dakar 2020 ever since the end of last year’s event which was a hugely steep learning curve for the popular American. He and new co-driver, Sean Berriman, are determined to conquer Dakar but face strong opposition, not least from their teammates.

After 11 editions on a bike and finishing 2nd last year in SSV, Gerard Farres also has victory in his sights but the unknown aspects of the new, Saudi Arabian terrain will serve to equalize all competitors somewhat. With more SSV experience than his teammates and victory in 2018 under his belt, Reinaldo Varela is conscious that the level of competition will be tougher than ever but is down on paper as the one to beat.

South Racing will also field an entry for Baja 1000 TT Spec champions Austin Jones and Kellon Walch in the Motul backed South Racing Can-Am Maverick X3 who will be making their Dakar debut in 2020, after strong showings on the Silkway Rally and Morocco, they will be in the thick of the SXS category battle.