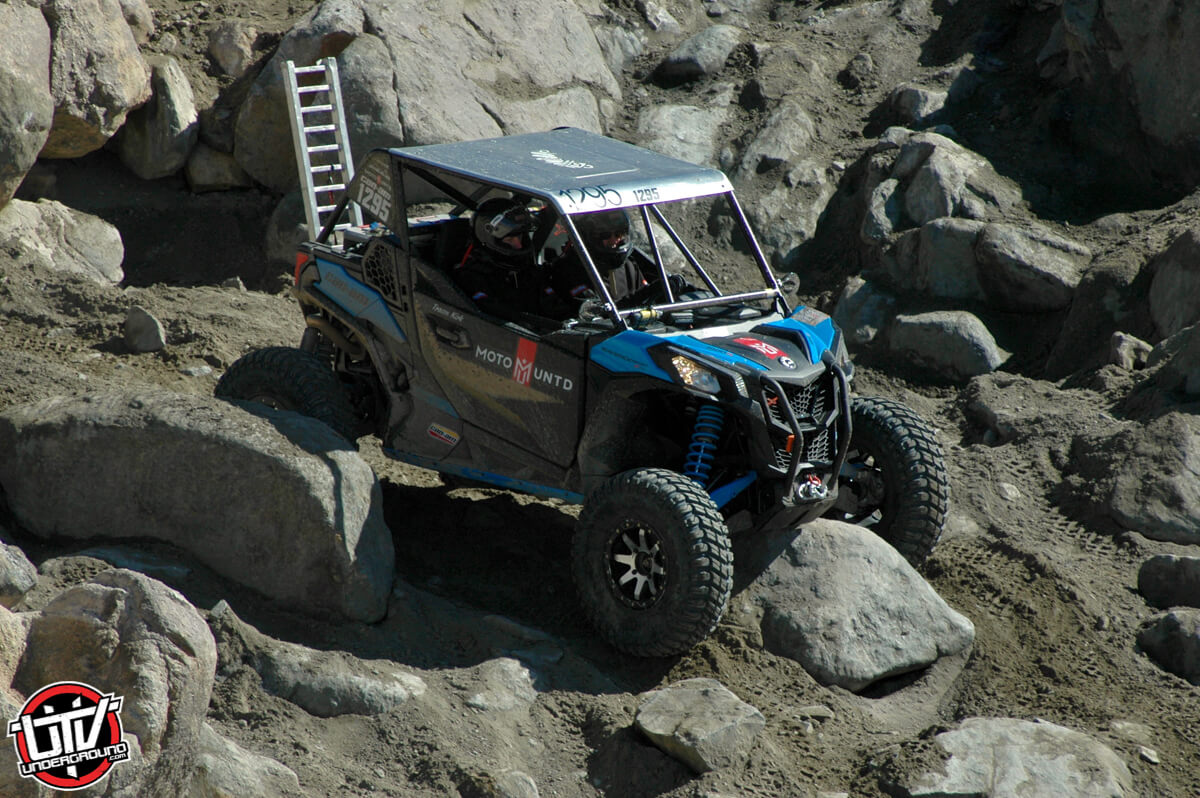 Can-Am pilot, Chad Hughes, passed more than 60 other vehicles on his way to a finishing the 2019 Can-Am UTV King of the Hammers race. While his 21st place finish may not sound spectacular on paper, you must remember finishing the race in the allotted 9-hour time limit is often viewed a significant accomplishment. Finishing the challenging course, while passing roughly half the field along the way, is statement maker, especially when you add to that his Can-Am Maverick Sport X rc 1000R was nearly stock in a field full of high-horsepower, turbocharged side-by-side vehicles with long travel suspensions. While he didn’t win the race, he did showcase to the spectators, fellow racers, course officials and even the winch-assist vehicle operator, that his Maverick Sport rock crawler is the real deal. 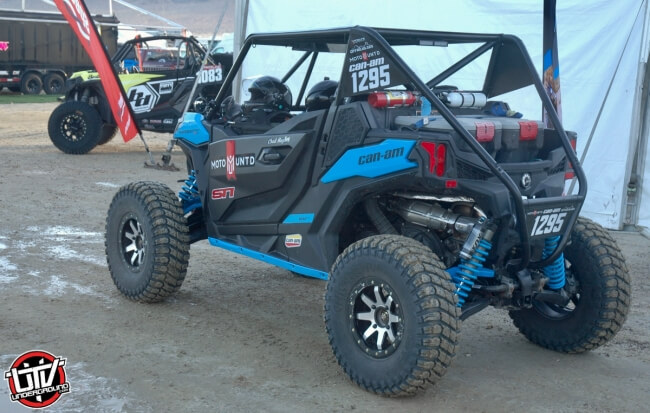 “I was of course very proud to be representing Can-Am in an all-new machine targeted specifically for rock crawling,” stated Hughes, who started racing side-by-side vehicles in 2011. “The car did not disappoint, it absolutely rules the rocks. As expected, it gives up quite a bit of ground to the Maverick X3 vehicles in the desert, but we started 84th and eventually passed 63 cars to end up 21st as we crossed the finish line in 7:33. That was well under the nine hours allotted finish time.” 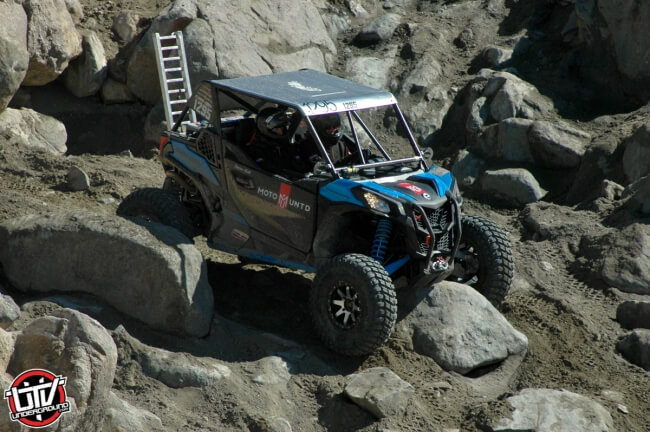 Hughes, 54, resides in St. George, Utah, where he works at Moto Zoo Powersports and also runs his own adventure and fabrication shop called Offroad 365, the latter of which is a name fitting of his lifestyle. Hughes, who also is the local high school’s mountain bike racing team coach, said he was disappointed when he learned a technical, rock-wall climb, he felt confident in scaling with the Maverick Sport X rc, was removed from qualifying. And the new qualifying run setup was more of a short-course, desert loop that favored all-out speed. Despite the challenging starting spot, Hughes knew he would have to shine in the rocks to gain ground, while also holding his own in the desert sections.

“As soon as we hit the first [rock] canyon, we started passing cars like crazy…eight cars here, six cars there, and it went on and on,” said Hughes, who’s off-road resume includes motocross and mountain biking, among other activities. “And we managed to hit 78mph on the lake beds running 33-inch tires.”

Hughes said the Maverick Sport X rc 1000R side-by-side vehicle had zero mechanical issues during the race and only took some minimal damage to the bottom skid plate and perhaps a small scratch to the side. “Don’t blame me or the X rc, blame the rocks,” he said.

One of the most impressive capability statements about the Maverick Sport X rc for Hughes was that he didn’t require the use of his onboard winch the entire KOH race. “The only time we used our winch was when my co-pilot Tracon Kirk got out of the Can-Am to help move a stuck competitor out of the way who was blocking the trail,” he explained. “True story, just ask the guys running the JEEP winch on Outer Limits who watched us and later said to us ‘Damn, that things works pretty good’.” 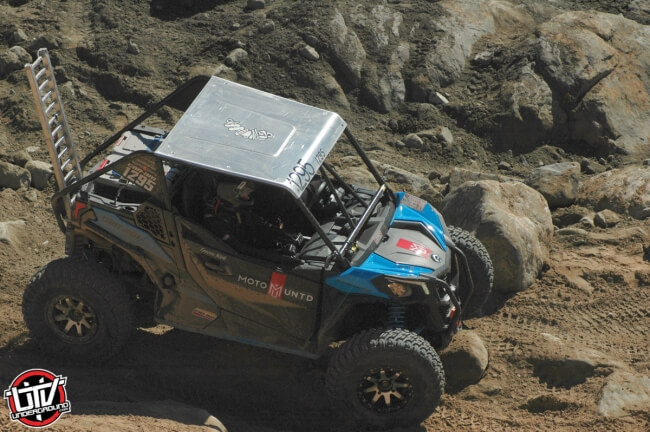 Making it ULTRA4 and KOH-ready

After the race, Hughes shared with us that his Can-Am was nearly 90 percent stock and that he just fabricated and installed a few accessories and those mandated by Ultra4 Racing. His modifications list is not a lengthy one like you’d read on many of the other vehicles competing in the Can-Am UTV King of the Hammer racing event. Hughes, who has a history with customization having built one-off rock buggies and JEEPs, swapped the stock Maverick X rc ROPS for a 6-point DOM safety cage with a nearly 2-inch diameter, added the necessary harness system, safety nets, fire extinguishers, flashing race light and, of course, the mandatory properly placed race numbers. To customize the Can-Am Maverick Sport X rc to his liking for the KOH rocks, Hughes went with an STI tire-and-wheel kit. The 3-in. larger tires and offset wheels added a little more ride height, clearance and width.

“The car passed tech with flying colors,” he stated. “Our only re-work was to make the roof numbers larger. Everything else was stock.  We ran a stock drivetrain, stock suspension, stock brakes, stock steering, stock A-arms and all! It’s almost unbelievable really, but I’m super impressed with the little car and, to me, it’s mission accomplished for Can-Am.”