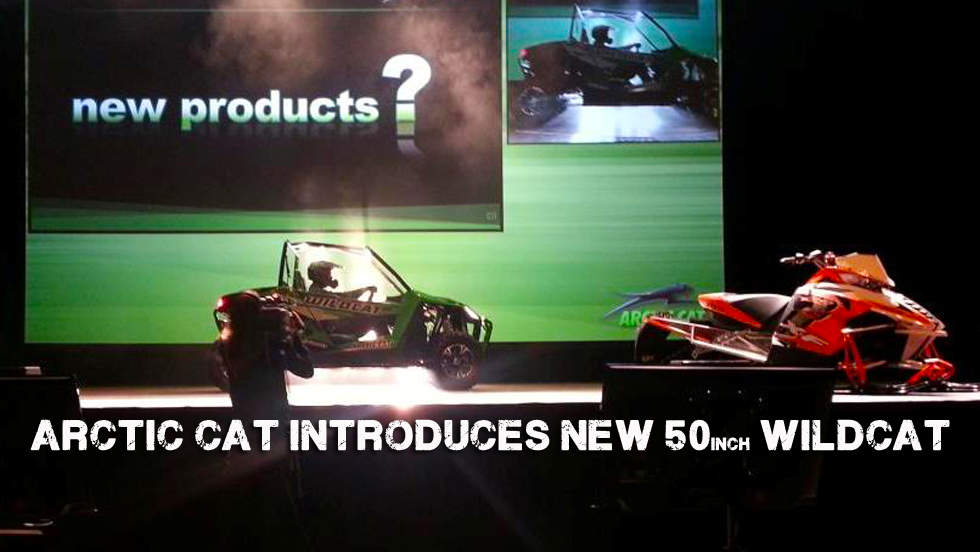 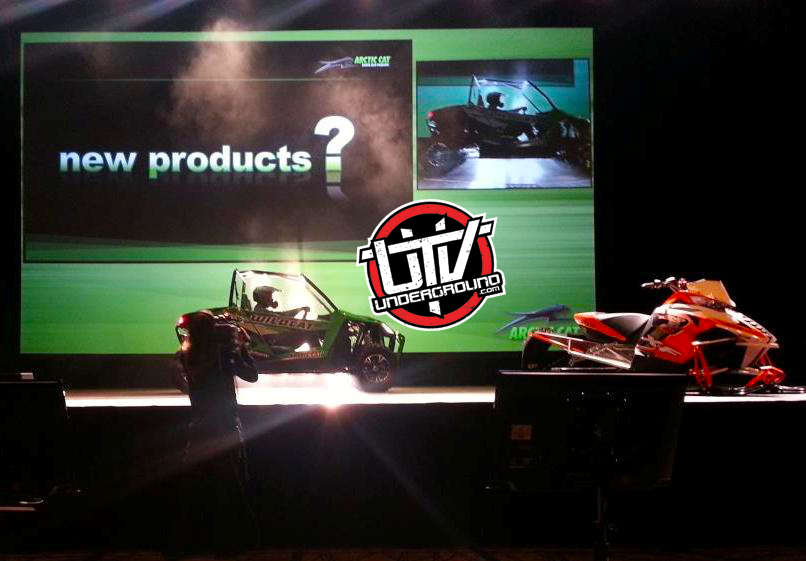 Thief River Falls, Minn. (February 26, 2013) 2014 Arctic Cat snowmobile dealer show attendees in Las Vegas were shown how committed the company is about leading the powersports industry. First, Arctic Cat introduced ten all-new snowmobile models, and topped that with an announcement to design and build their own clean technology engines in their state-of-the-art St. Cloud, Minnesota engine manufacturing facility. Dealers were ecstatic about the news, but the company unveiled one more surprise.

The audience greeted Arctic Cat CEO, Claude Jordan, with much applause and cheering as an all-new 50- inch wide, trail-legal Wildcat was driven on stage. Jordan addressed the enthusiastic crowd with a few details stating that the new model will join the Wildcat family, which includes the Base and Limited models, as well as the recently-introduced Wildcat 4 and high-horsepower X models. Dealers were told they could expect to see the new 50-inch Side-by-Side in early 2014.

The new model will feature everything enthusiasts love about the Wildcat, including the styling, and will lead the trail category with an unmatched suspension and ride-in comfort. Combine this with an all-new twin-cylinder engine and consumers will have an unrivalled Wildcat riding experience.

Arctic Cat Inc., based in Thief River Falls, Minn., designs, engineers, manufactures and markets all-terrain vehicles (ATVs) and snowmobiles under the Arctic Cat® brand name, as well as related parts, garments and accessories. Its common stock is traded on the NASDAQ National Market under the ticker symbol “ACAT.” More information about Arctic Cat and its products is available on the Internet at www.arcticcat.com.