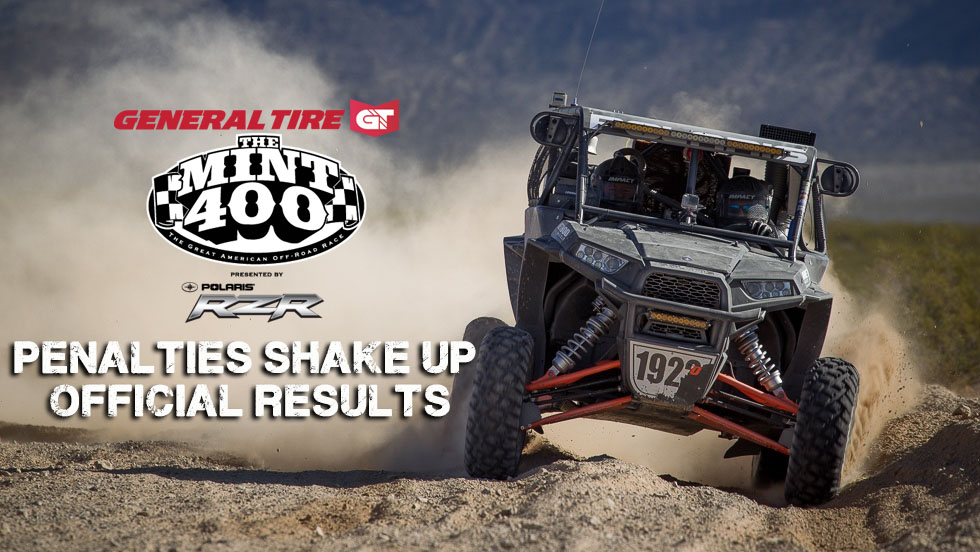 BITD passed down their Official Results today from last weekends 2014 Mint 400 race. While many were expecting the results to remain somewhat in tact, many had no idea they would be levied penalties for their part in leaving their pits littered with trash! Racers are scrambling to try and get things sorted out as quickly as possible but as it stands now, here are the latest and official results from Best In The Desert.

Most notable changes are Matt Parks in the 1931 Jagged X / Polari RZR being awarded 2nd place while unofficial 2nd place finisher Marc Burnett in the Monster Energy / Can-Am gets bumped down to 5th! John Melvin in the 1912 Polaris RZR gets moved to 3rd place rounding out the podium in the Pro UTV Class!

We were able to speak to Matt Parks, he had this to say about the change in results, “Penalties suck and I would rather do my racing on the race course.  But I was substitute driving for Craig and the goal was to place well to keep him in the hunt for the 2014 Championship.  The 4th place was ok but missing 3rd by 23 seconds was painful.  So now getting bumped up to 2nd really helps Craig with points.”

We also spoke with Derek Murray of Murray Motorsports / Can-Am, “We had a staked pit with our name on it, but we were asked to pit with the Can-Am Team so we moved our location. We heard there were beer cans and what not left in our original assigned pit but our team was not drinking and again, we were pitted with the Can-Am factory team, not in our assigned spot. We are going to speak to BITD and see if we can get this all sorted out.”

The Pro 850 class would also absorb some of the shake up from BITD’s handing out of penalties. David Lyttle in the 1963 Kawasaki Teryx would be bumped from 1st to 2nd awarding the win to the 1951 Vigor Motorsports / John Deere RSX850i of Scott Martinez. Joanne Gonzales in the 1952 Rowdy Dog / Polaris RZR would hang onto 3rd and round out the podium!

There were a lot of other shake ups and with most of the penalties being passed out due to trash being left in the pits you have to assume there are some teams that are going to protest these results. For now they stand and therefore we congratulate everyone on their podium finishes! 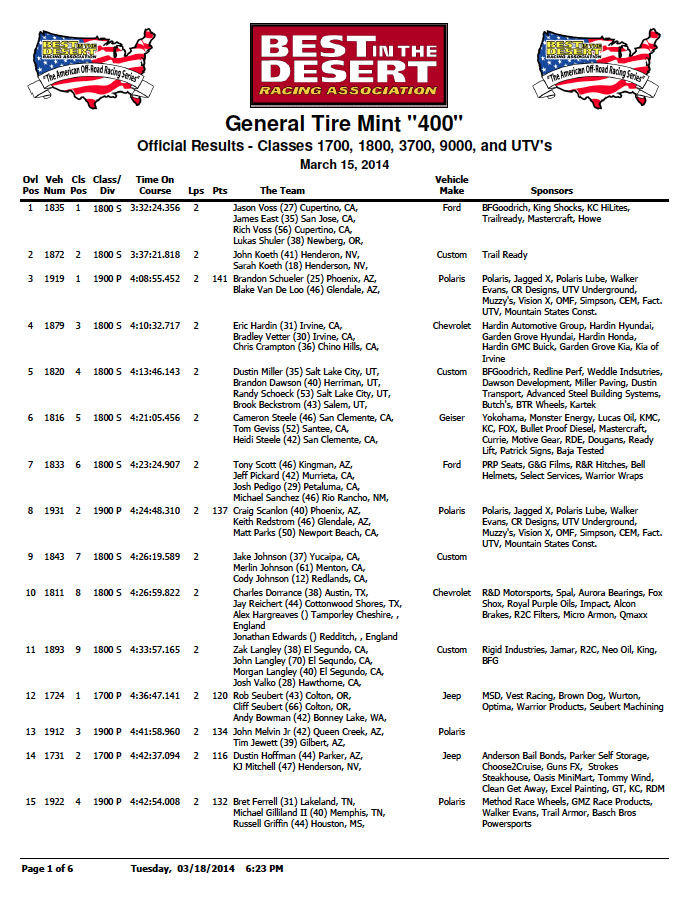 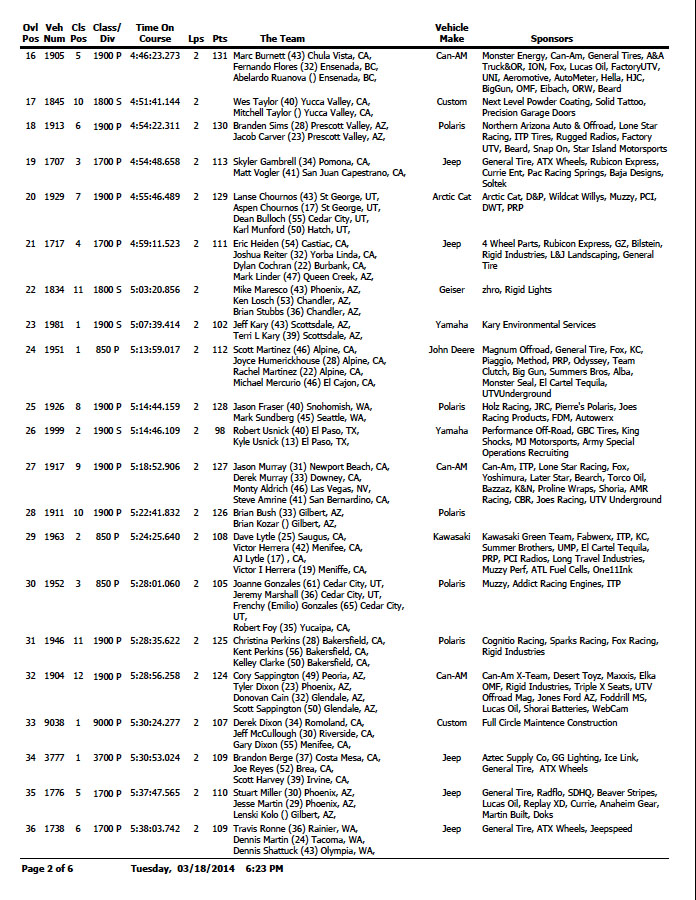 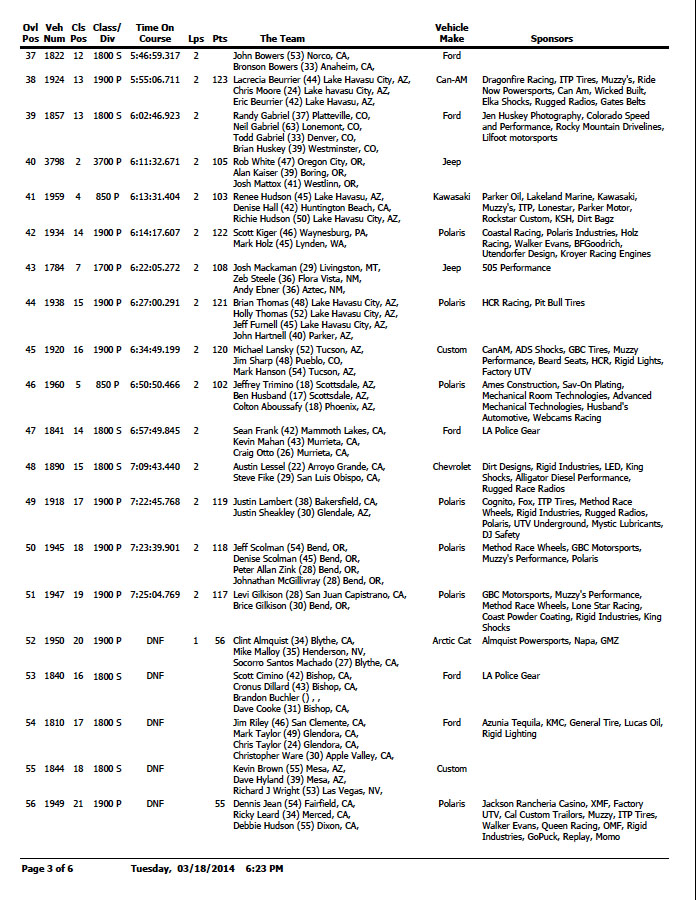 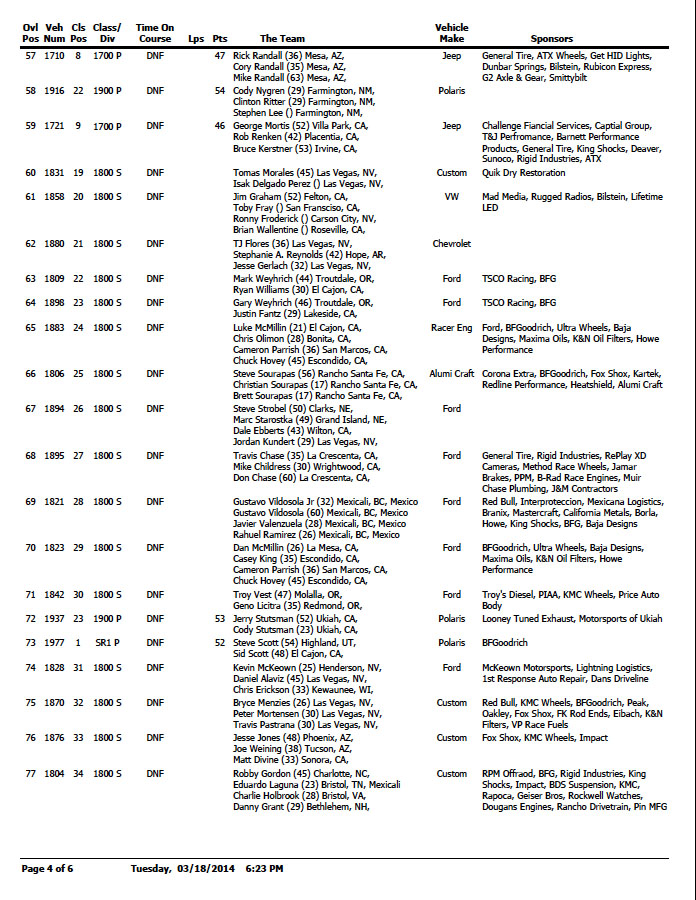 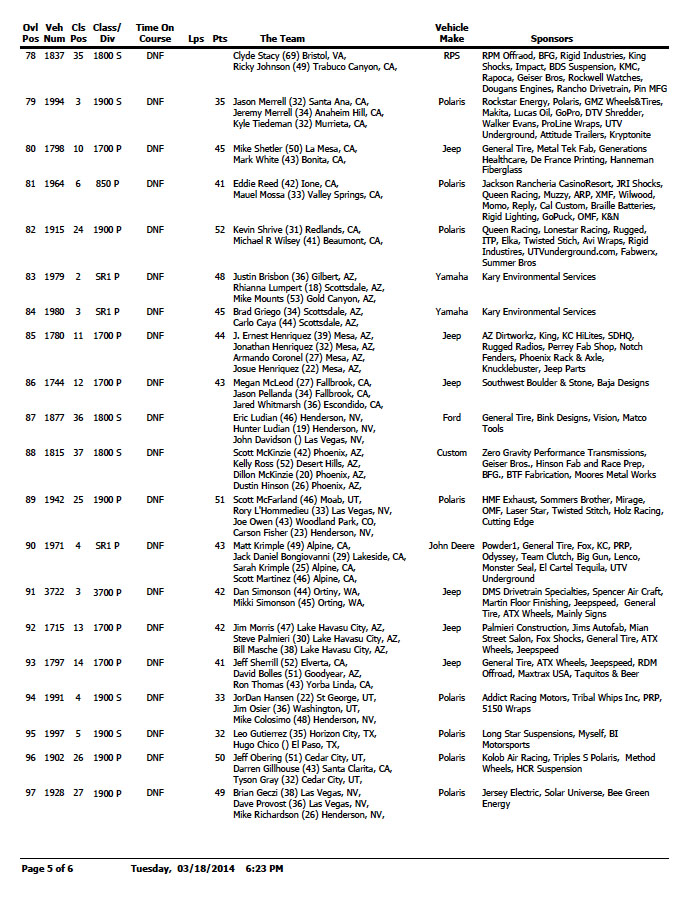 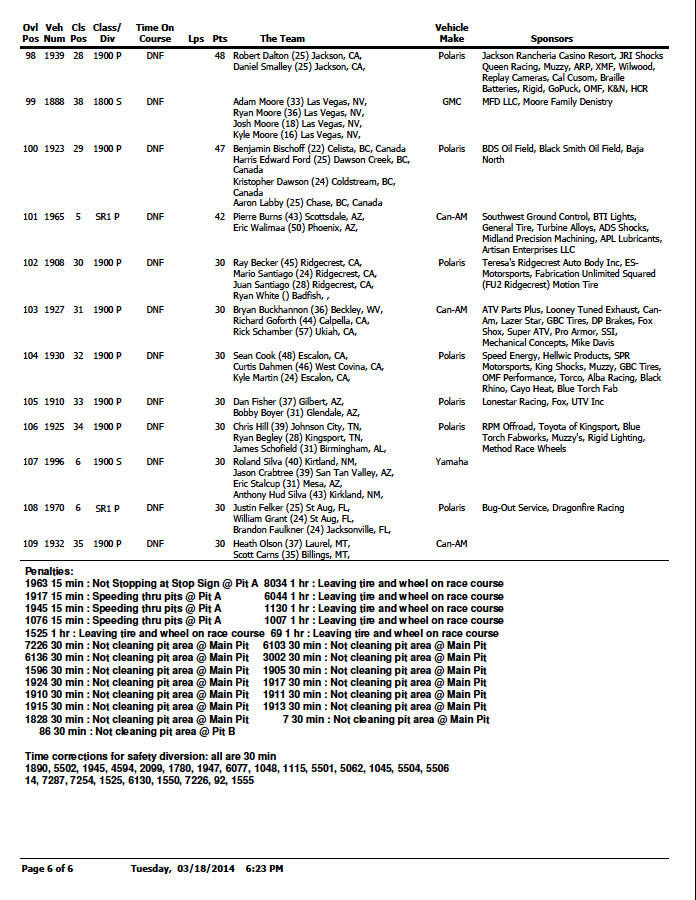