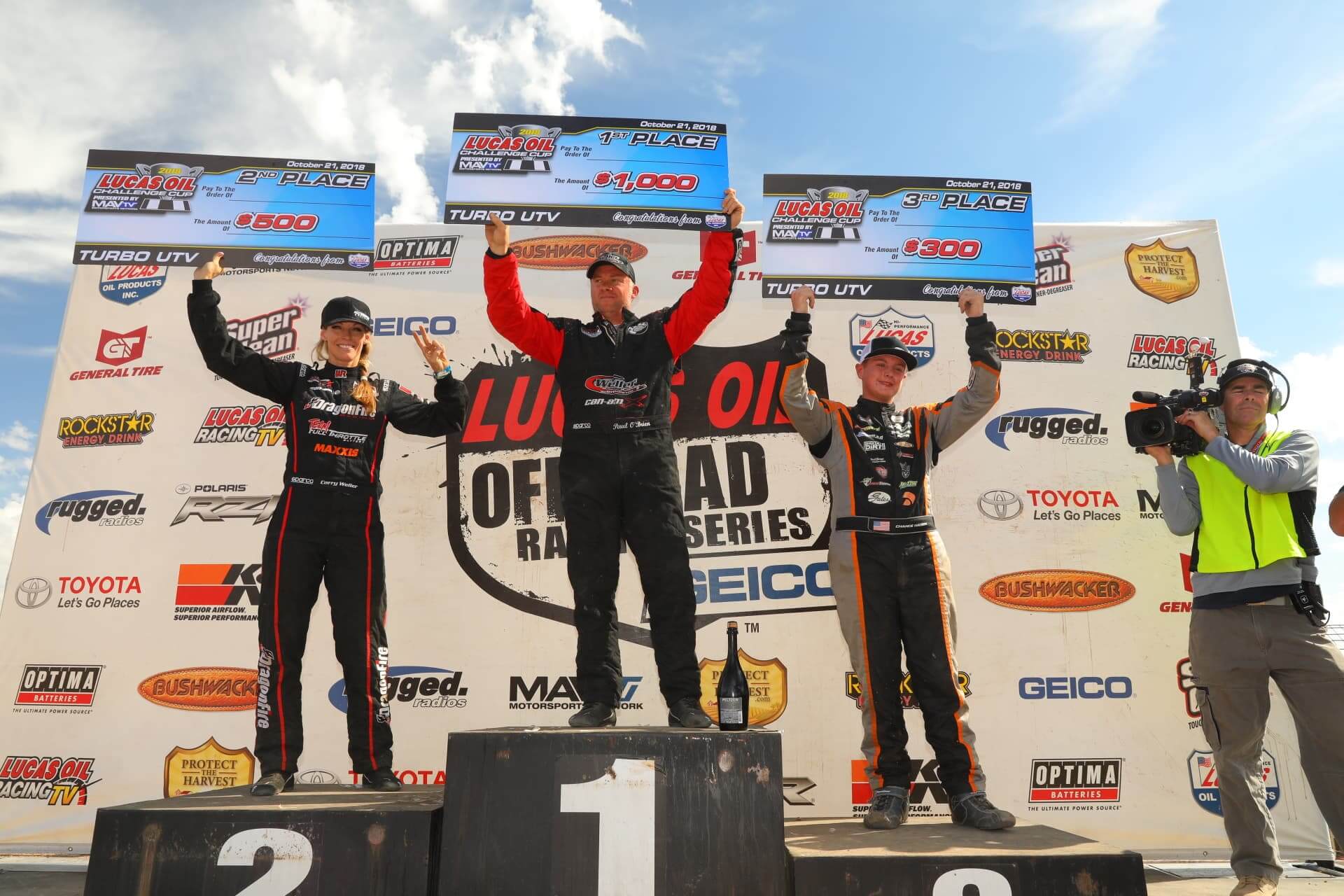 Mickey Thomas and Paul O’Brien each left Wild Horse Pass Motorsports Park $1,000 richer on Sunday, as the Lucas Oil Challenge Cup produced the final race winners of the 2018 Lucas Oil Off Road Racing Series season. With no more championship points on the line, the racing action was purely about the pride and money on the line, as competitors looked to line their wallets as they wrapped up the last race weekend of the short course season.

Thomas won his second Challenge Cup race in two years in the Production 1000 UTV class after making a crafty late-race pass on Jeremy Houle in Turn 1. Houle, a Lucas Oil Midwest Short Course League full-timer who gave new LOORRS manufacturer Textron its first victory yesterday, took an early lead and managed to avoid trouble for most of the race, even as drivers began to get into it behind him.

Both Thomas and O’Brien would get past Houle on the way to the checkered flag, with Robert Stout and fellow MSCL regular Kyle Greaves completing the top five across the line. But contact with Robert Stout after the checkered flag led to black flags for both racers, meaning that Houle would be reinstated to second place and Greaves would take third. 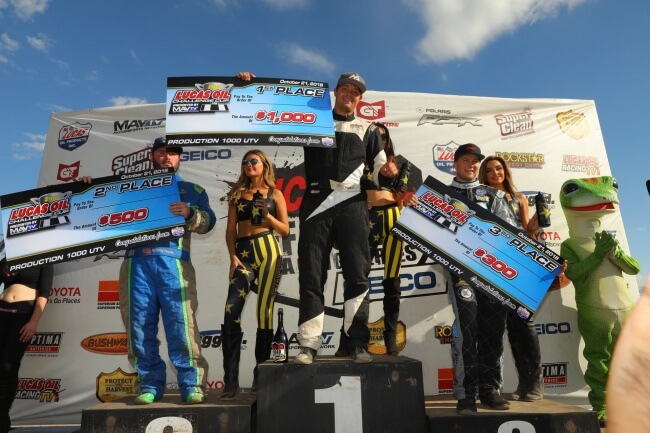 “That was a lot of fun, just trying to pick our way around (Houle),” Thomas said. “I’m just super happy for my team, my family and my crew, they did a great job this weekend. I hope to be back out here again next year!”

“Not gonna lie, I let that one get away,” Houle said. “But these guys ran a hell of a race, so congrats to them. I’m glad to be here—we had a great weekend, I’m super pumped and looking forward to coming back soon. It’s cool to get a mix up here with the manufacturers, and being up here with a new manufacturer says a lot.”

While he missed out on his first dual podium since the Wild Horse Pass season opener, it wasn’t all bad news for O’Brien on Sunday. The Turbo UTV race victory served as vindication of sorts after missing out on the inaugural LOORRS class championship, and yesterday’s race win, to his teammate Corry Weller. They’d swap spots in the Challenge Cup race, with Chance Haugen completing the podium.