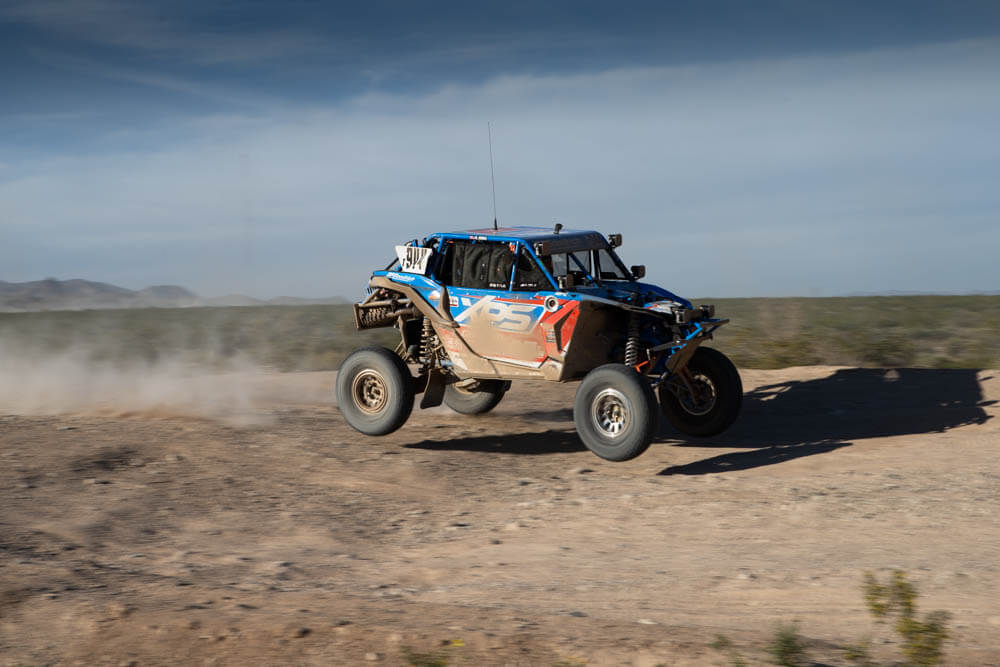 Coming off of a thrilling victory in last month’s Polaris RZR UTV World Championship, No Limit Racing’s Phil Blurton and Beau Judge returned to the top step of the UTV Turbo podium again on Saturday at the VT Construction Silver State 300. They conquered the 300-mile point-to-point race in just under six hours, pacing yet another deep field and unofficially taking command of a tight points race.

Blurton, Guthrie, Jones, and Lambert each came into the race in the top seven in the championship standings, separated by just nine points coming in. Incoming points leader Jason Murray placed ninth, just one spot behind Randy Romo, who entered the event tied for third in points with Blurton. Of the incoming front-runners, only Alex Nicholas suffered a DNF, making him unable to join the 26 UTV Turbo finishers.

In UTV Production, Seth Quintero continued his his unparalleled dominance of the class by scoring yet another victory, but it wasn’t easy. Unofficial results showed him just 35 seconds ahead of Mike DeLey for the win. Dan Kaatz was third, more than 15 minutes off of the winning time. DNFs for both Bret Ward and John Estrada, who were second and third in points, have further extended Quintero’s points lead, which was already up to 27—the largest in the sport’s premier UTV classes.

The UTV Unlimited victory went to Michael Isom, who extended his points lead over runner-up finisher Josh Shelton with a won by nearly 23 minutes. Craig Johnson completed the podium and was the final class finisher in a six-entry field.

The 2019 Best in the Desert season takes a three-month pause before returning in August with General Tire Vegas to Reno, the longest point-to-point desert race in America. Blurton and Isom each won their respective classes in this event last year, while Quintero was second to only Ray Bulloch.