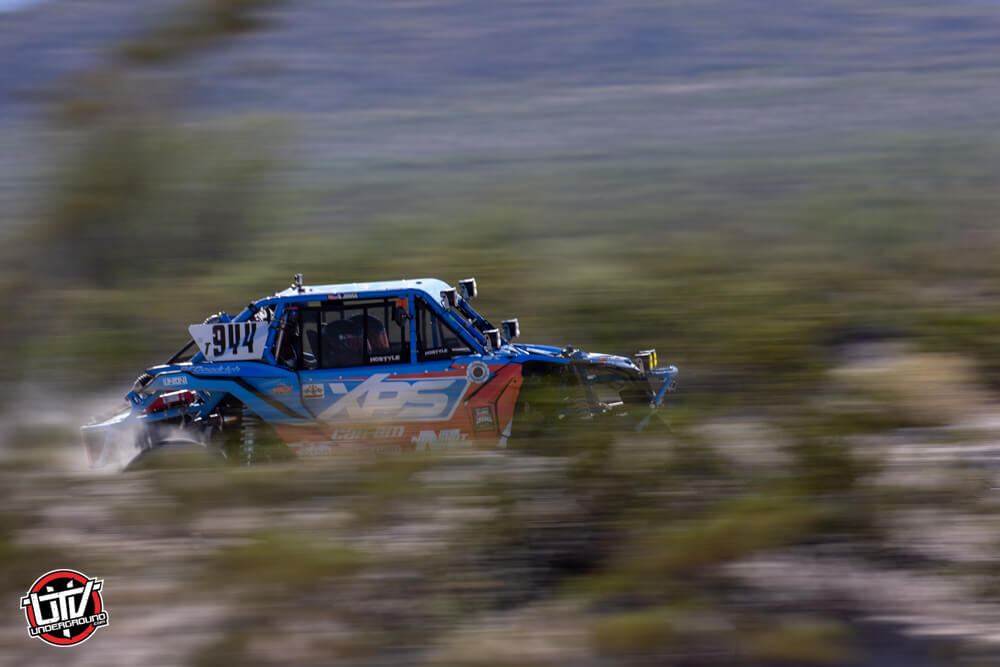 For the third consecutive year, Phil Blurton was victorious in the UTV Turbo class at General Tire Vegas to Reno, the penultimate event of the 2019 Best in the Desert season and the longest point-to-point off-road race in the United States. Extending a winning streak that started at April’s UTV World Championship and continued through May’s Silver State 300, Blurton bested runner-up Jason Murray by more than 20 minutes, as well over 100 UTVs sought to conquer 505 miles of desert terrain.

But Blurton wasn’t the only dominant UTV driver to continue a stellar season with a victory at Vegas to Reno; in fact, all three major UTV points leaders took victories. Seth Quintero now stands one win away from a perfect BITD season in UTV Production after taking a win of more than 40 minutes over Kolton Hustead, while Michael Isom broke a tie for most UTV Unlimited wins on the year with Brett Comiskey by scoring his third victory of the season.

One of the most challenging races on the BITD schedule saw some of the sport’s biggest names take unfortunate DNFs. Both Wayne and Kristen Matlock failed to finish the event after mechanical failures in their respective UTV Turbo and UTV Production entries, as did Silver State 300 runners-up Jacob Carver and Mike De Ley.

Others, however, were fortunate enough to make it to the finish despite finding heavy obstacles in the desert. Mint 400 winner Mitch Guthrie Jr. lost more than an hour while running in podium contention after hitting a rock, but Sierra Romo brought him a spare tire and he was able to recover for a 10th place finish in UTV Turbo after remaining clean for the rest of the event. Robby Gordon, a late entry in UTV Unlimited, managed to complete the race as the seventh and final finisher in the class.