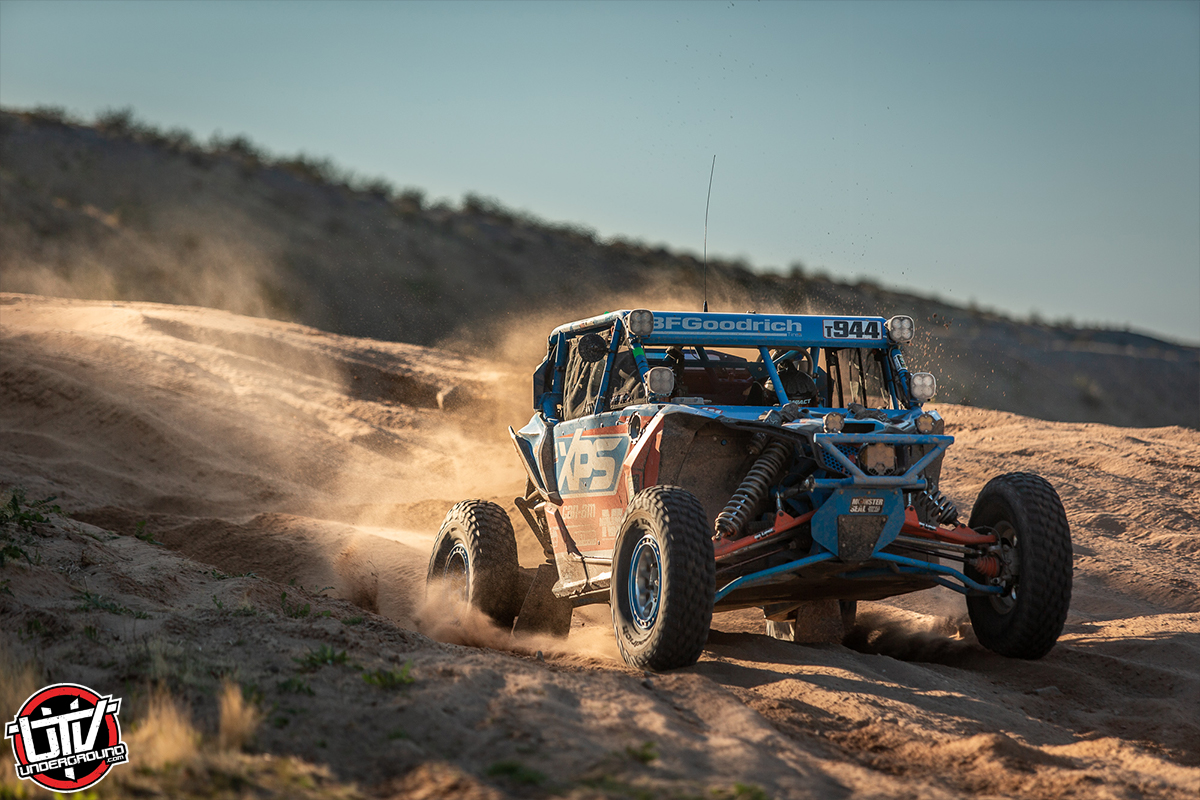 Phil Blurton began his chase to reclaim the Best in the Desert UTV Turbo championship on a high note, winning Saturday’s Tensor Tire Parker 250 presented by Polaris RZR with a time of 4:34:52.895. Austin Weiland finished second in class, just over a minute behind, while Jacob Carver’s brand new build completed the Turbo podium as Can-Am and Polaris evenly split the top six spots in the finishing order.

Blurton’s 2019 title chase saw three consecutive victories at the UTV World Championship, Silver State 300, and Vegas to Reno, only for a DNF in the season-ending Laughlin Desert Classic to end his title hopes. Mitch Guthrie Jr. scored the win and class title in last year’s season finale, but wasn’t on hand himself to begin the title defense in Parker; his father, Mitch Guthrie Sr., stepped in and drove the Red Bull-backed Polaris RZR to seventh in the standings.

Kaden Wells took the victory in UTV Production, with Joe Bolton in second and Robby Gordon completing the podium. Gordon started the race and completed the first lap, while his son Max, at just 11 years old, drove the second and third laps as the team finished within 10 minutes of Wells. Defending class champion Seth Quintero returned from Saudi Arabia, where he was supporting Red Bull Off-Road Junior Team teammates Guthrie Jr. and Blade Hildebrand in the Dakar Rally, to score an eighth place finish to kick off his championship defense.

Defending UTV Unlimited champion Michael Isom was the only driver to kick off his title defense with a victory, winning by nearly 20 minutes over Shane Redline, while James Hill topped the UTV Rally class and Craig Macintosh was the lone UTV Sportsman finisher. In total, 95 competitors finished Saturday’s race—including 34 in UTV Turbo, 27 in UTV Production, 15 in UTV Unlimited, and 19 in the UTV Rally and Sportsman classes.

Best in the Desert returns to action on January 23-26 with the BlueWater Resort & Casino Parker 425 presented by Jimco for cars and trucks. The UTV class returns to action with the Baja Designs UTV Night Race during the King Shocks Laughlin Desert Classic on February 20. Youth UTVs will next compete at the inaugural US Desert Scrambles Championship, also in Laughlin, on March 20-22.