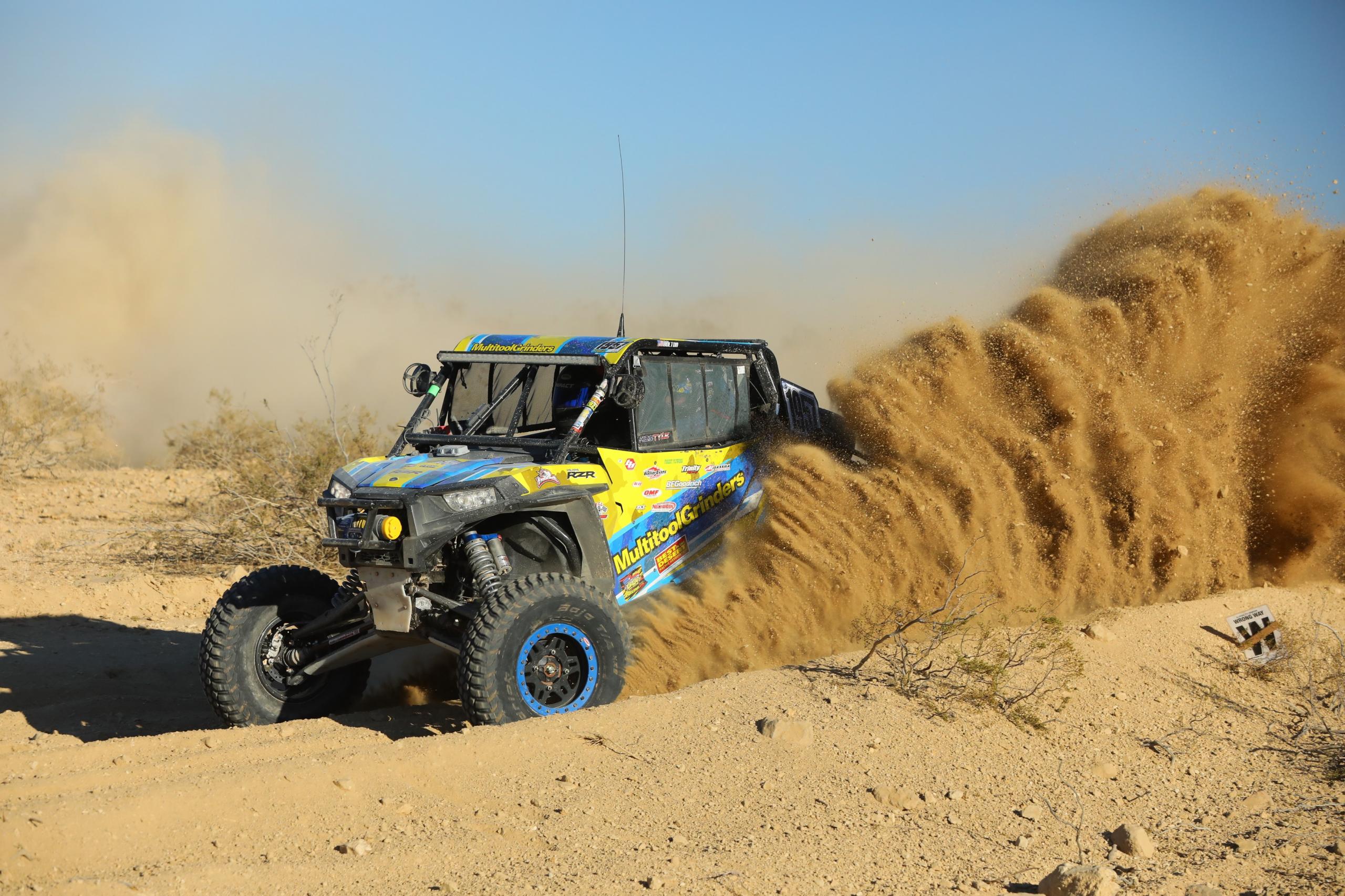 Despite plenty of opportunity for the championships to change hands coming in, and none of them scoring victories in the event, the points leaders in Best in the Desert’s premier UTV divisions were able to hang on for their respective class championships at the season-ending Cal City Desert Challenge last weekend. Turbo points leader Ryan Piplic, NA leader Josh Row, and Unlimited leader Michael Isom each retained the advantage they had built over their first four races of the year and solidified their titles as the series contested six laps of racing over two days on a 30-mile course.

Much of the drama centered on Piplic, Dustin Jones, and Mitch Guthrie Jr. in the Turbo class, as Piplic’s incoming points lead was only a single point and Guthrie had an outside shot to claim the spot at 16 points back. In the end, it was actually Vito Ranuio, fourth place in the standings before the race, who would take the victory, beating Guthrie to the top spot by just under a minute.

From there, the drama centered on Piplic and Jones, who would bring an end to Guthrie’s title hopes with finishes of third and fourth. In the end, just 21 seconds separated them, and in Piplic’s favor; had Jones been able to reverse that, he’d have won the title by a single point. Instead, Piplic claimed the championship by three points on Jones and 13 on Guthrie.

Both Row and Isom would take advantage of the series’ grand prix finishing rules, locking up their titles by finishing on Saturday and bowing out on Sunday. That opened up the race wins for Austin Bolton, who beat Zachary Kisman by more than five minutes in the NA division, and Jim Beaver, who defeated Trey Gibbs by more than 12 minutes in the Unlimited class. Bolton would finish tied for third in NA class points with his race win, while Beaver would be scored seven behind Isom at second in the Unlimited standings. Tanner Currier would top the dozen entries in the Rally class, while Jim Borden was the only driver to finish all six laps in the Sportsman division.

With the 2021 campaign in the books, attention turns to next year for the sport’s top teams. The new season will bring an updated rule set for BITD with six renamed classes that provide clearer distinctions and a more defined ladder. The full 2022 Best in the Desert schedule for UTVs is as follows: