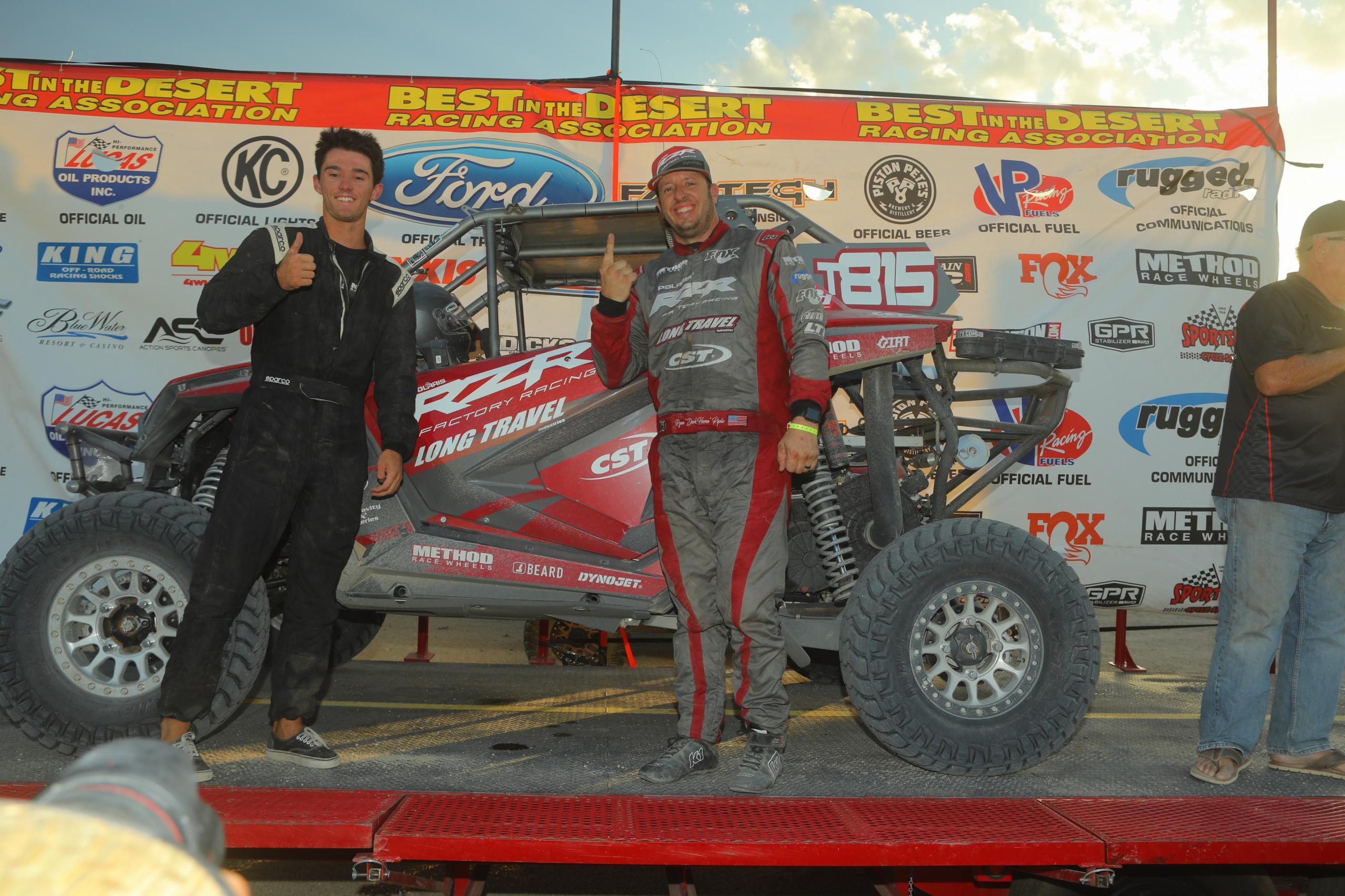 The chase for a 2021 Best in the Desert class title took a major turn in Laughlin over the weekend, as the All Terrain Concepts UTV Legends Championship marked the penultimate round of the season for UTVs, motorcycles, and quads. When all was said and done, it was Ryan Piplic taking top honors in the UTV Pro Turbo class, helping to turn that division’s points battle on its head going into next month’s BlueWater Desert Challenge. 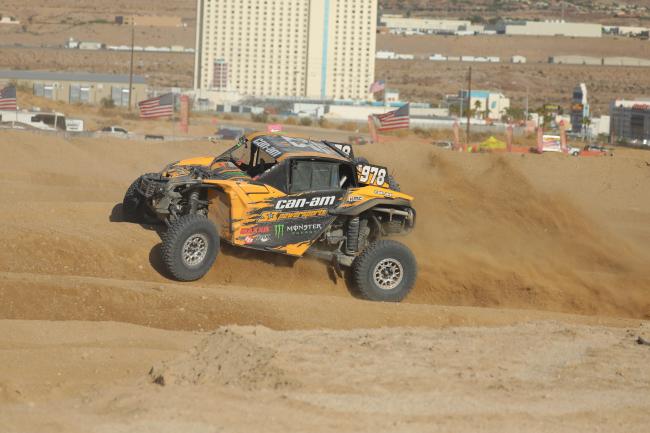 Piplic entered the eight-lap race third in the Turbo standings, seven points behind Dustin Jones and a further seven behind former class champion Mitch Guthrie Jr. for the overall lead. He’d take the victory by less than a minute over Jones, but it’d be Brett and Christian Sourapas completing the podium as Guthrie could only manage 11th place in a tight final leaderboard at 12 minutes off of the winning time. With fellow incoming top five drivers Vito Ranuio (ninth) and Matt Burroughs (14th) also scoring decent finishes, Laughlin didn’t eliminate most of the top Turbo contenders from title consideration through DNFs. 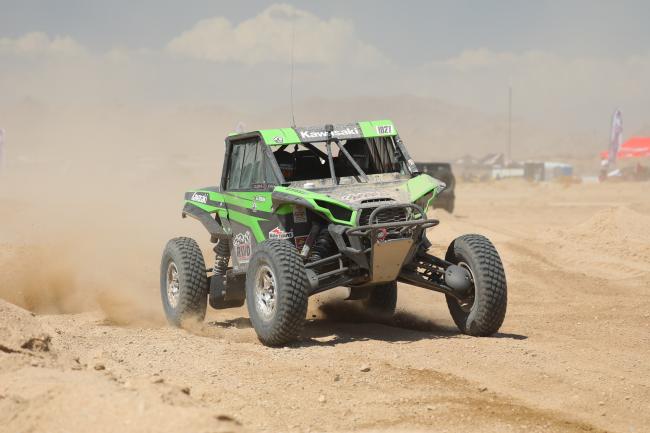 Carson Wernimont’s stellar UTV Pro NA campaign continued with his third win in four races this season, coming in ahead of Jimmy Rodriguez and Richard Sain. If not for a DNF in the Silver State 300, it’s likely that Wernimont would be running away with the division; instead, Josh Row maintained the points lead with a fourth place run as closest challenged Dallas Gonzalez and Angie Mitchell wouldn’t complete all eight laps. 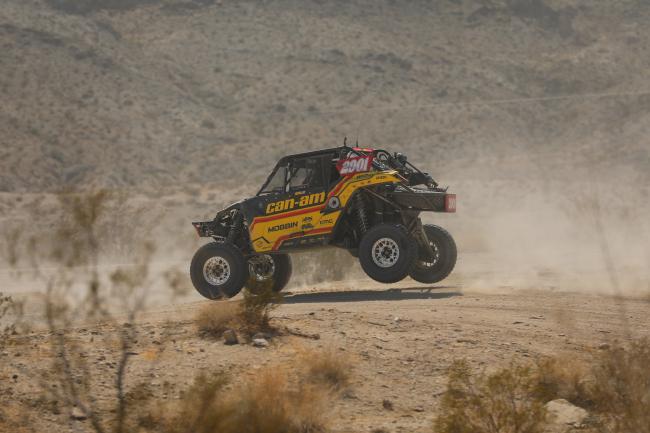 The UTV Unlimited standings would turn on their head, though, as incoming points leader Randy Raschein wouldn’t make it through a full lap. Michael Isom would take full advantage to score the class win over Michael McFayden and Chris Blais, adding a slight points cushion over Jim Beaver, who would finish fourth. That entire quartet remains closely matched in pursuit of the class title, with just a small double-digit margin separating them. 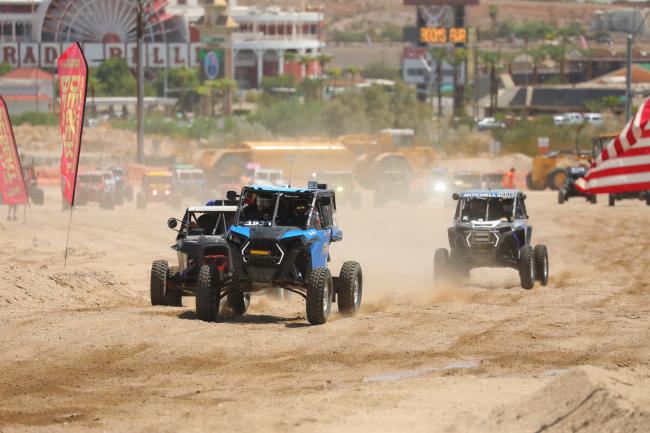 No fewer than nine pro and sportsman classes took to the long course in Laughlin on Saturday, with even more taking part in the youth races and Sunday’s short course rounds. 15-year-old Mikey Kelly would top the popular UTV Rally class on Saturday, winning by more than two minutes over fellow teenage up-and-comer Jack Olliges. Donald “Cowboy” Cerrone, the winningest fighter in UFC history, continued his off-road career with a second place finish in UTV Production Turbo in the short course races; Jeremiah Wagner would win that class, while Brayden Baker was the top overall finisher in the short course action a day after winning the RS1 class. 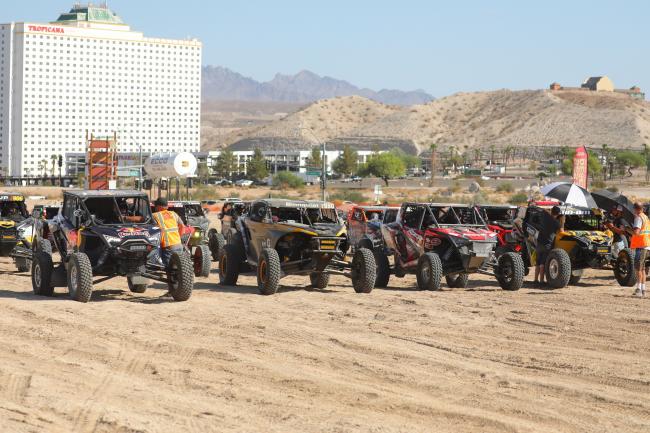 The 2021 Best in the Desert schedule continues in Laughlin in two weeks’ time for the car and truck classes with the King Shocks Laughlin Desert Classic. Like in Laughlin, BITD will split up its racing in Parker for the final round of the campaign, with UTVs, motorcycles, and quads running the first half of the BlueWater Desert Challenge the weekend of October 29-31 and cars and trucks running the following weekend.

Check out Harlen Foley’s full gallery from the event below!