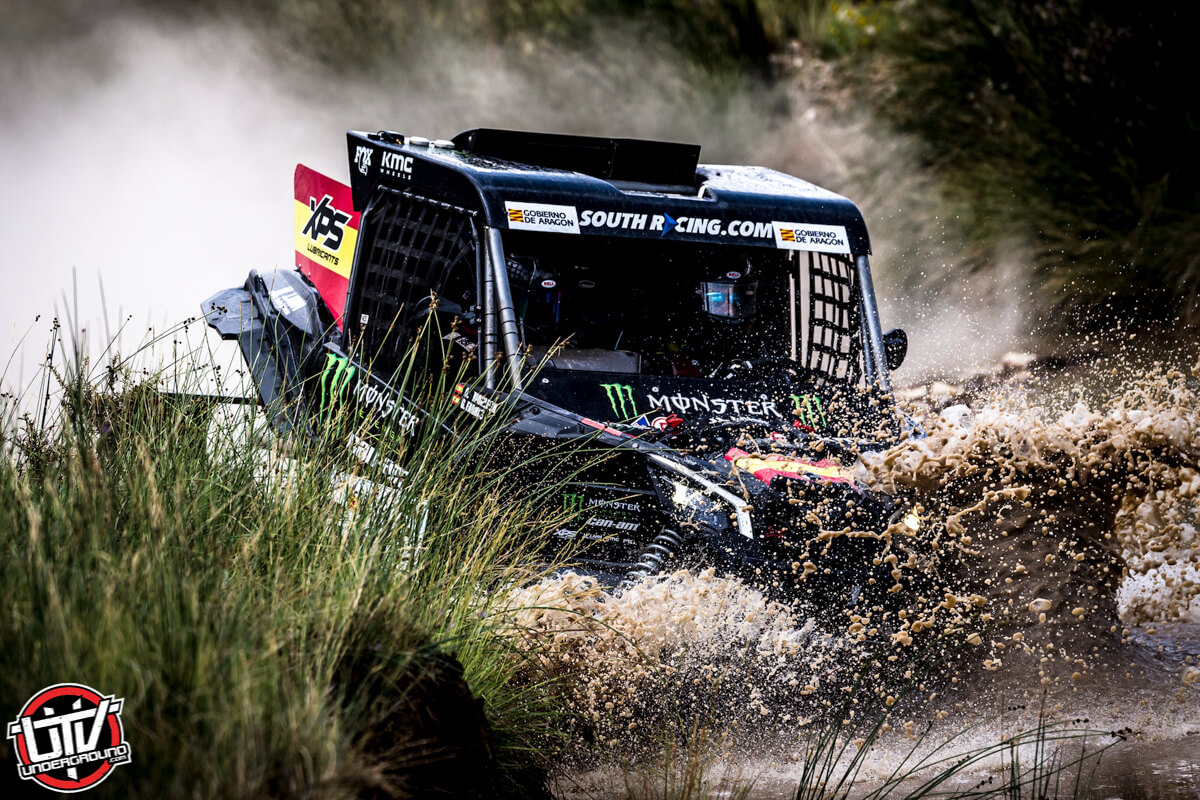 The Monster Energy Can-Am Team’s Gerard Farrés followed up his second place at the Dakar Rally in January with a fine third overall in a tightly contested T3 category at Baja Spain Aragón, round four of the 2019 FIA World Cup for Cross-Country Bajas.

The former Spanish enduro rider and his new Spanish navigator Armand Monleón set several impressive stage times in their Can-Am Maverick X3 on the way to the final place on the T3 podium behind fellow countryman Santiago Navarro and Russian driver Aleksandr Dorosinskiy.

“It was a good weekend for the team with third position,” said Scott Abraham of the Monster Energy Can-Am Team. “Gerard and Armand started the weekend together for the first time and learned a lot along the way. They lost a little time because of a penalty but came back with competitive stage times and are looking forward to Morocco with the full Monster Energy Team, when Casey Currie and Gerard will be back together in preparations for Dakar 2020.”

The Spaniard then attacked the shorter second timed section of 86.74km in his Monster Energy Can-Am Team Maverick X3 and a third quickest time enabled the Spaniard to retain a similar place in the overall rankings.

He recorded a similar finishing position on the repeat of the shorter stage on Sunday morning and headed to the second run through the 164.78km in a comfortable third place behind Navarro and Dorosinskiy.

The Russian closed to within five seconds of Navarro with the quickest time on the final stage, but Farrés stayed out of trouble to secure the final podium place for the Monster Energy Can-Am Team.