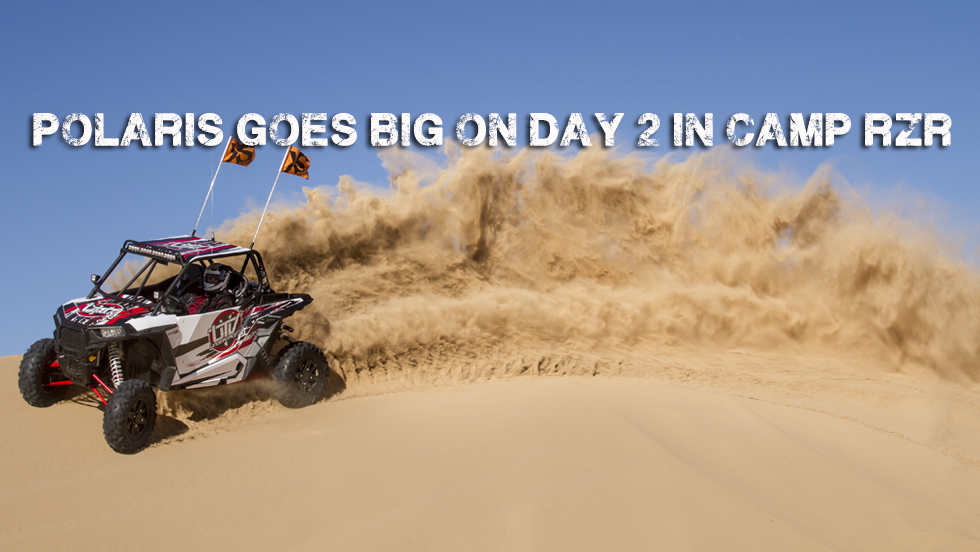 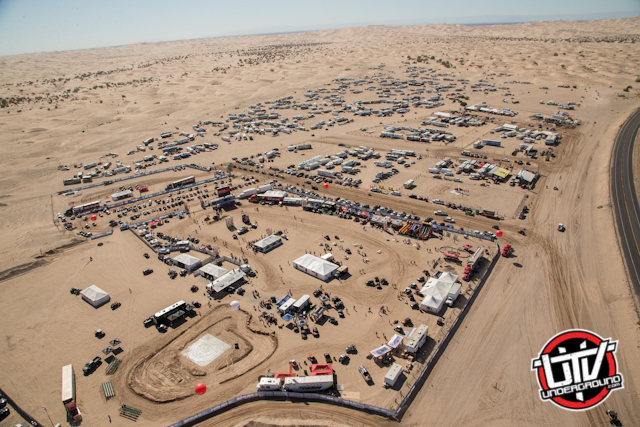 Polaris Industries is now halfway through round 2 of their biggest enthusiast experiences to date, Camp RZR.  Part of their RZR Experience, they put on demo rides all day with their newly released RZR XP 1000, which let people loose to Oldsmobile Hill and back along Sand Highway.  Polaris also debuted their new Polaris RZR XP1000 four seat edition yesterday and  has stepped up huge to create a one of kind experience this Halloween weekend at Glamis. 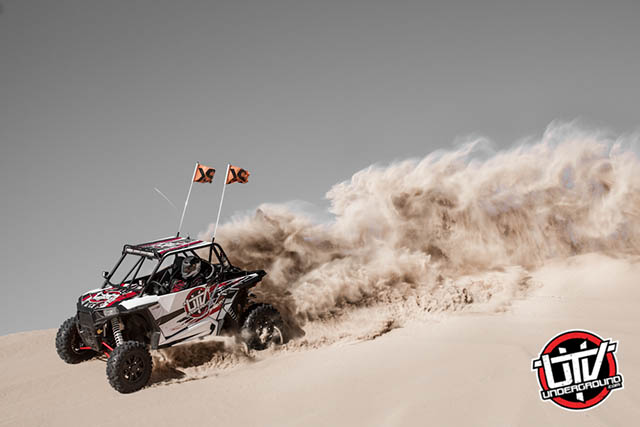 UTVUnderground.com started the day with a morning ride with Mad Media, to BREAKDOWN the new Polaris XP 1000 we built. You will all get to see this video we shot so hang tight! You won’t want to miss it! After we ripped some dunes and had some fun it was off to get our booth back open for Day 2 of Camp RZR and be ready to greet the massive crowd that amassed at the gates once again! 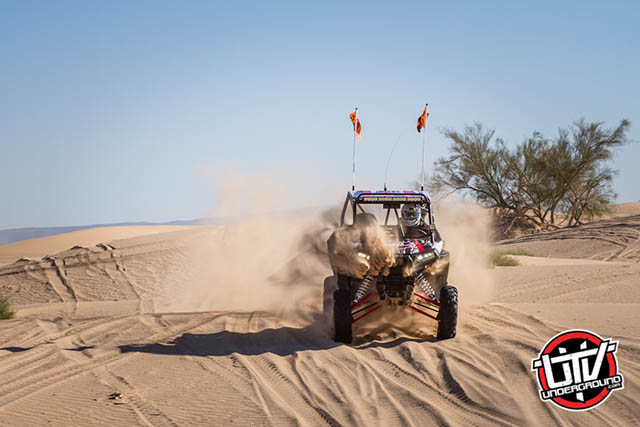 When we arrived back at Camp RZR, you could tell Camp RZR was in full force as thousands flowed in and out of the massive camp.  It was another day of fun activities and hanging out in the camp.  One of the coolest features of Camp RZR is the army of Polaris engineers that came out to educate and inform their riders.  They worked with people first hand to show why Polaris is the leading manufacturer in the UTV industry. 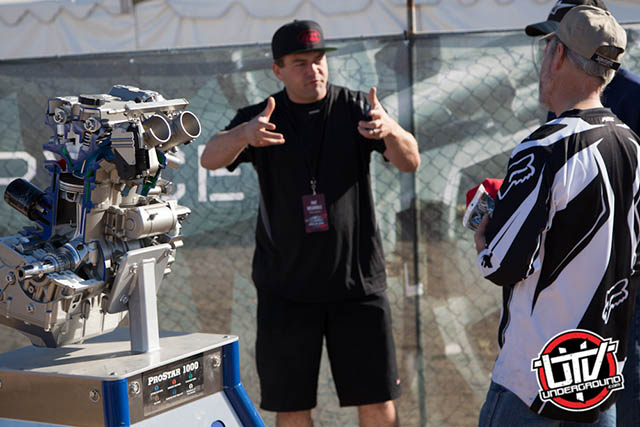 They also opened their service center to work on any Polaris bruised in the dunes,this alone was reason enough for many to come by the camp and hang out, and for Polaris to perform this service was really cool of them. 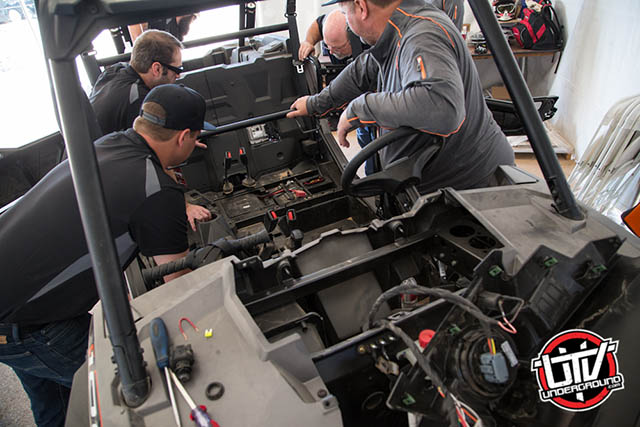 RJ Anderson spun heads again this afternoon with his Polaris XP1K car.  He tore around Camp RZR and gave the crowd just a small glimpse at the cars capabilities.  His run ended a little early after throwing a belt but directed the fans to YouTube to see the machine at 110%.  XP1K is about to hit its 1,000,000 view mark, a perfect cap to the weekend spent at Glamis.  Share the video across your social media outlets to help XP1K reach this epic milestone. 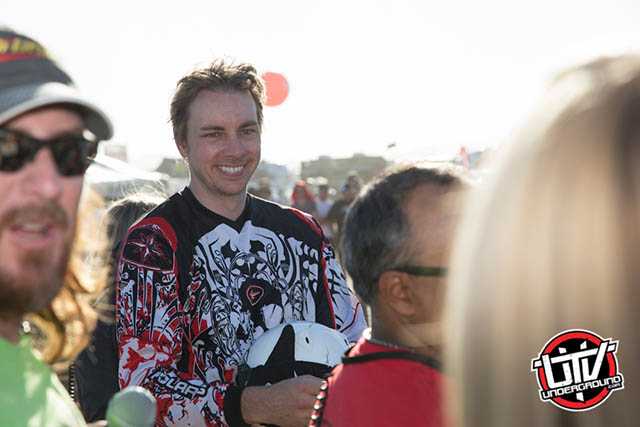 RJ’s driving didn’t end there, as he joined Dax Shepard, Brandon Scheuler and UTVUnderground’s own Joey D, as well as seven other celebs in the Celebrity RZR170 race.  They drove as if they were racing the Baja 1000.  The race was made up of two, six lap races, an LCQ and a ten lap final to determine the days champion on a 100 yard circle track.  On the final turn they could either take an outside line or hit a 3 foot kicker.  We’re talking 169cc’s of pure muscle.  Things got serious. (not serious lol) 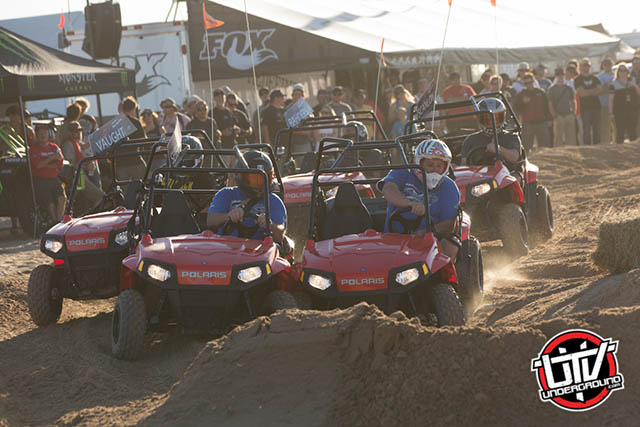 In the first race, we saw RJ Anderson go from first to last in a matter of a couple turns due to some vehicle sabotaging by Joey D. who shut RJ’s fuel off just before the start.  BC Vaught took over the win and left the rest of the racers for the LCQ.  In race two, it was Brandon Scheuler of JaggedX Racing, followed by Craig Scanlon, who guaranteed their spot in the final. 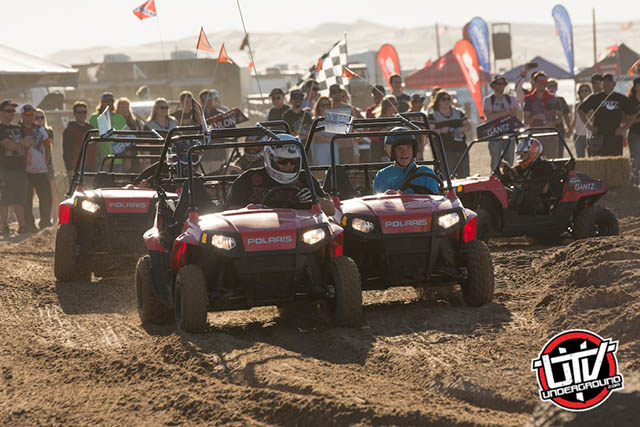 It was the LCQ race that was perhaps the most entertaining of the night.  Four wide coming in to turn four gave RJ Anderson an opportunity to make a move from the back.  He hit the kicker and shot forward, taking over the lead from the last position.  Once again, RJ would get tangled in the mayhem and get stuck behind battling with UTVUnderground.com’s Joey D.  Black Van De Loo turn the checkered and secured his spot in the final. 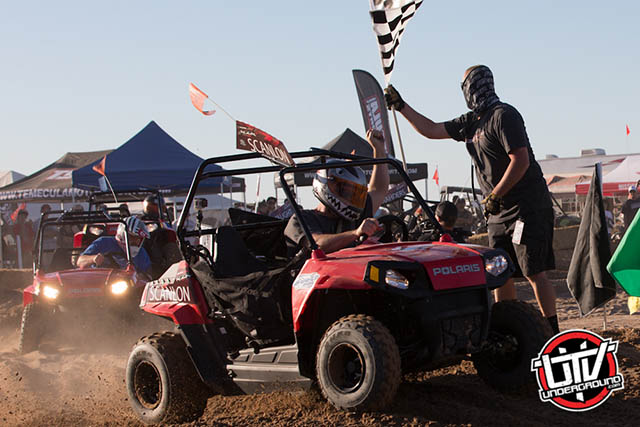 The final was more of an off-road derby but after the celebs banged around ten laps of comedic battles, it was Craig Scanlon, head of the RZR brand who won the 2013 Camp RZR Celebrity 170 Race. It was cool to see the guy who lives and breathes RZR take the win in this funny yet awesome race to watch! 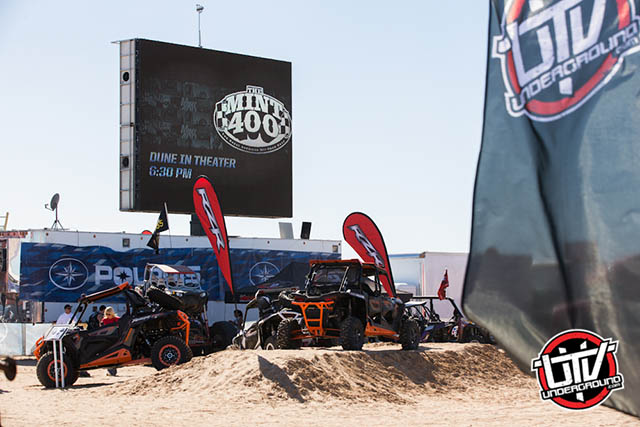 Camp RZR was all bout having fun today.  Right now, RZR Theater is playing the 2013 General Tire Mint 400 presented by Polaris RZR.  Hundreds are sitting out watching the single best race coverage  off-road racing has ever seen.  A fun night awaits as night rides are in the near future.  Tomorrow is the most event packed day so check the schedule below to make sure you hit up everything that’s going on. 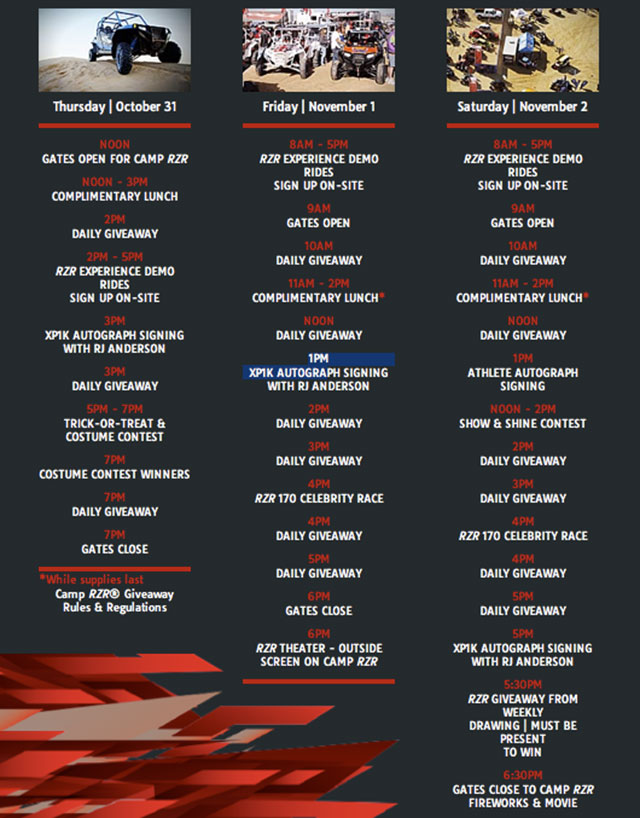