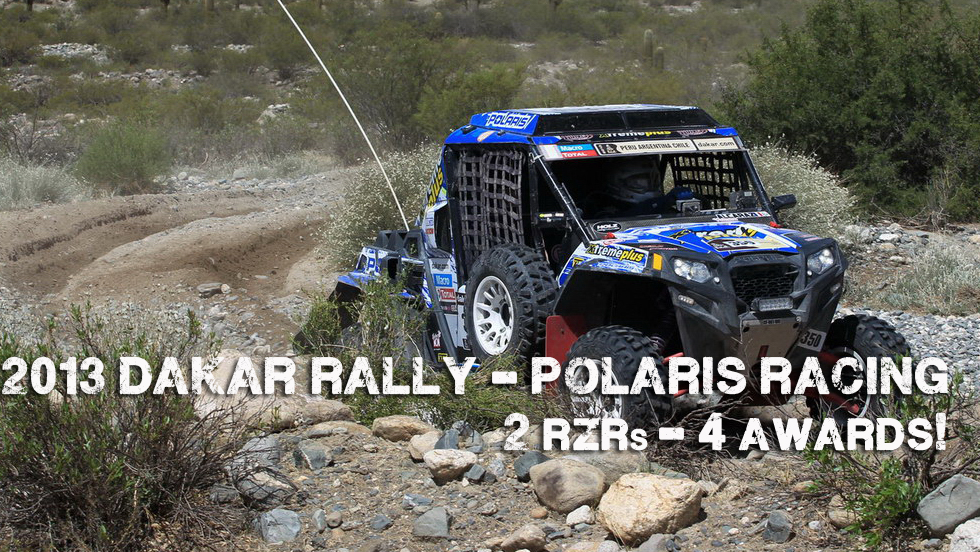 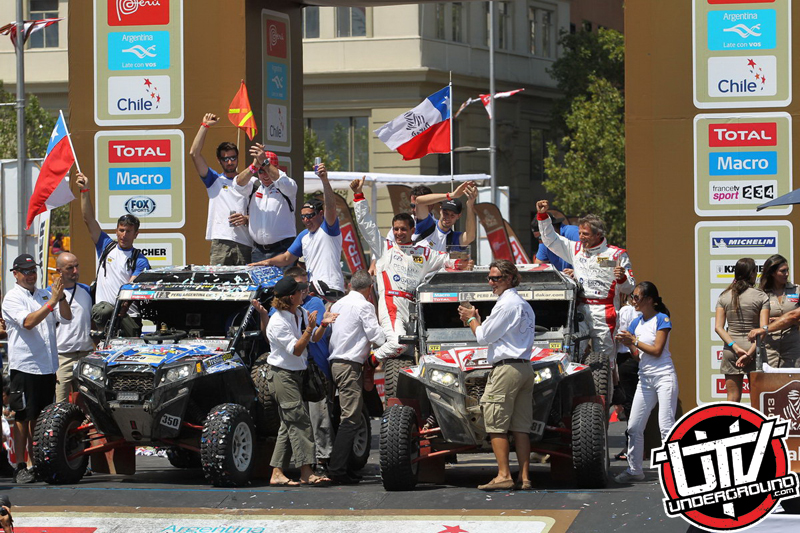 Passy, France, January 21st 2013   –  January 20th 2013, in Santiago de Chili in La Moneda Square, one could read happiness in the eyes of the teams of Xtreme+, who just got off their RZR to mount the podium!

After 14 days of racing and more than 8000km covered, Willy Alcaraz and the team Nicolas Du- clos / Sébastien Delaunay are among the 67% of competitors who completed the race! They finished respectively 40th and 56th in the overall ranking.

But that’s not all they achieved….

For his second Dakar race alone in his RZR, Willy Alcaraz does it again, winning both the T3 and SOLO Car classes. He also improved his position by two ranks overall versus 2012. Nicolas Duclos and Sebastien Delaunay, in their first DAKAR race, ranked second in the T3 class, and were awarded the “Best Rookies 2013” title. 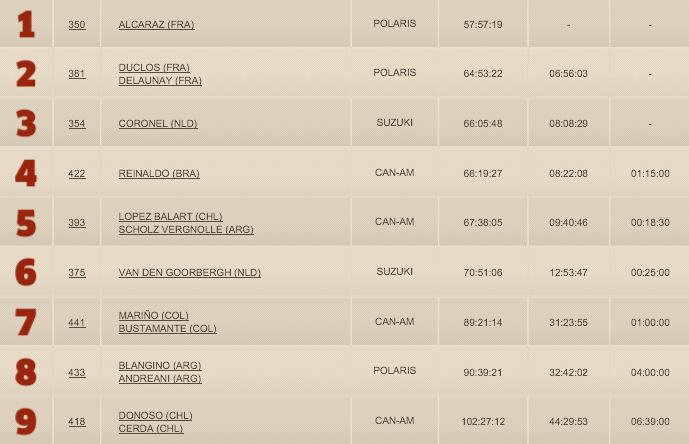 Marco Piana and his team Xtreme+ can be proud of their work, as they have shown again that the RZR XP900 is an excellent choice for this kind of rally:
“The results are extraordinary,” says Marco Piana, “and I am very pleased to have brought both teams to the end of the race, especially Nicolas who had never competed in a rally before! Willy’s No.1 ranking is encouraging, and Nicolas’ No. 2 ranking proves that the Polaris RZR XP900, even then driven by non-professional competitors, is reliable and can make it to the end. It is an excellent stepping stone for those who want to participate in the Dakar on a reasonable budget.” 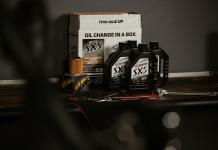