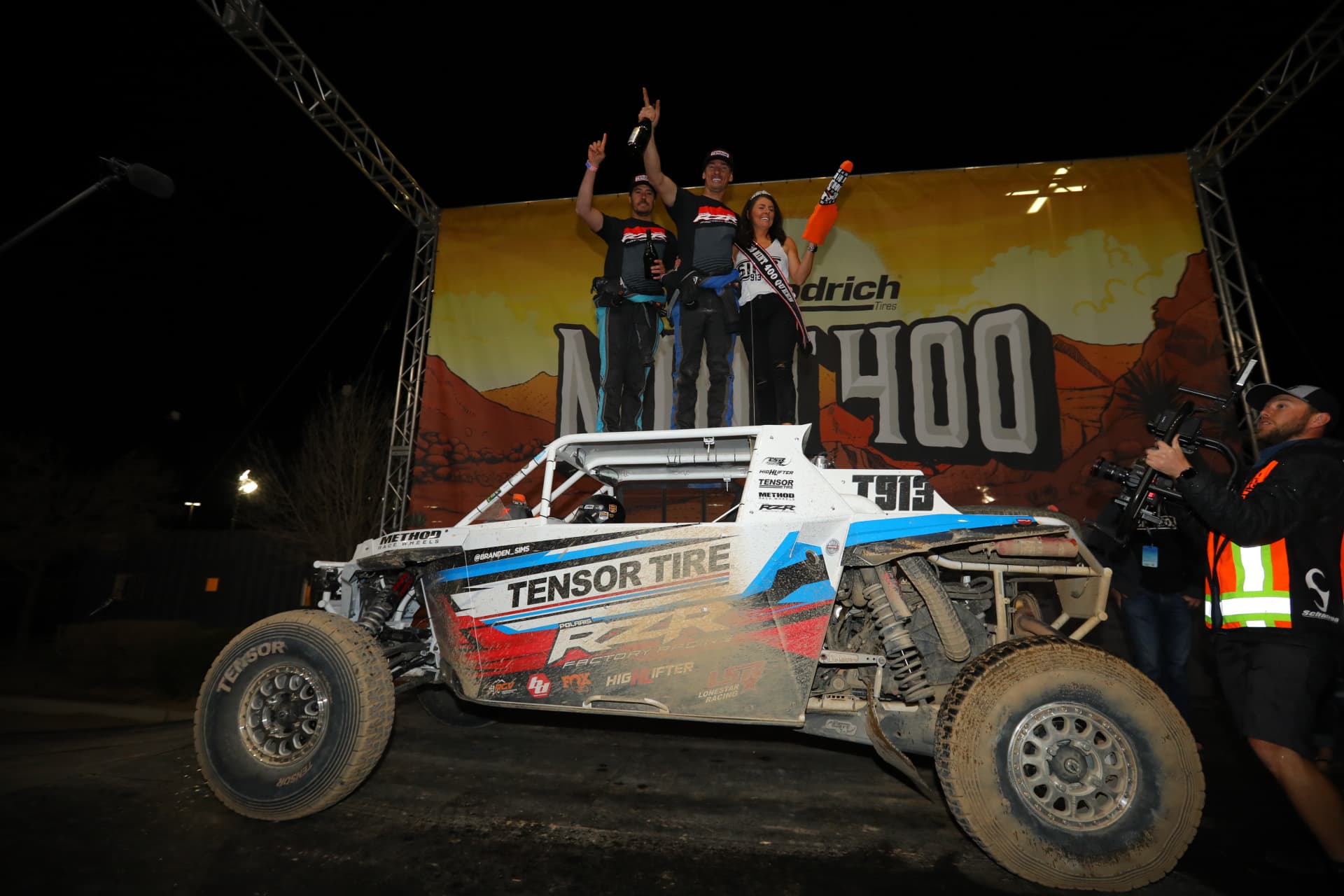 Polaris RZR® Factory Racing repeated their dominance at the BF Goodrich Mint 400 race over the weekend in Las Vegas, Nevada taking home one win and four podiums overall. RZR factory racers Branden Sims and Jake Carver finished first and second in the Pro Turbo class, marking the fifth year in a row that RZR Racing clinches an overall win at the Mint 400.

As the 2016 winner, Sims went into the Mint 400 looking to reclaim the title. Sims started the race on the front row in his RZR® Turbo S and set a pace that was untouchable by the competition, leading wire-to-wire and ultimately crossing the finish line nearly 12 minutes ahead of the other racers. Coming off a third-place podium at the Parker 250, Carver secured his best finish at the Mint 400 placing second in his RZR Turbo S. Carver and defending champion and RZR teammate Mitch Guthrie Jr. battled all day and night swapping positions on the course and on corrected time, finishing second and fifth respectively.

“The course is notoriously challenging at the Mint 400 and Branden was able to command the lead early on and never look back,” said Brett Carpenter, Team RZR Race Manager, Polaris. “We’re excited to see Carver take a piece of the action as well and we look forward to seeing the Factory RZR team continue to push ahead in the upcoming WORCS race.”

Polaris RZR also dominated the youth Mint 400 races with over 45 entries among all classes and Dallas Gonzalez claiming the Youth 1000 victory.