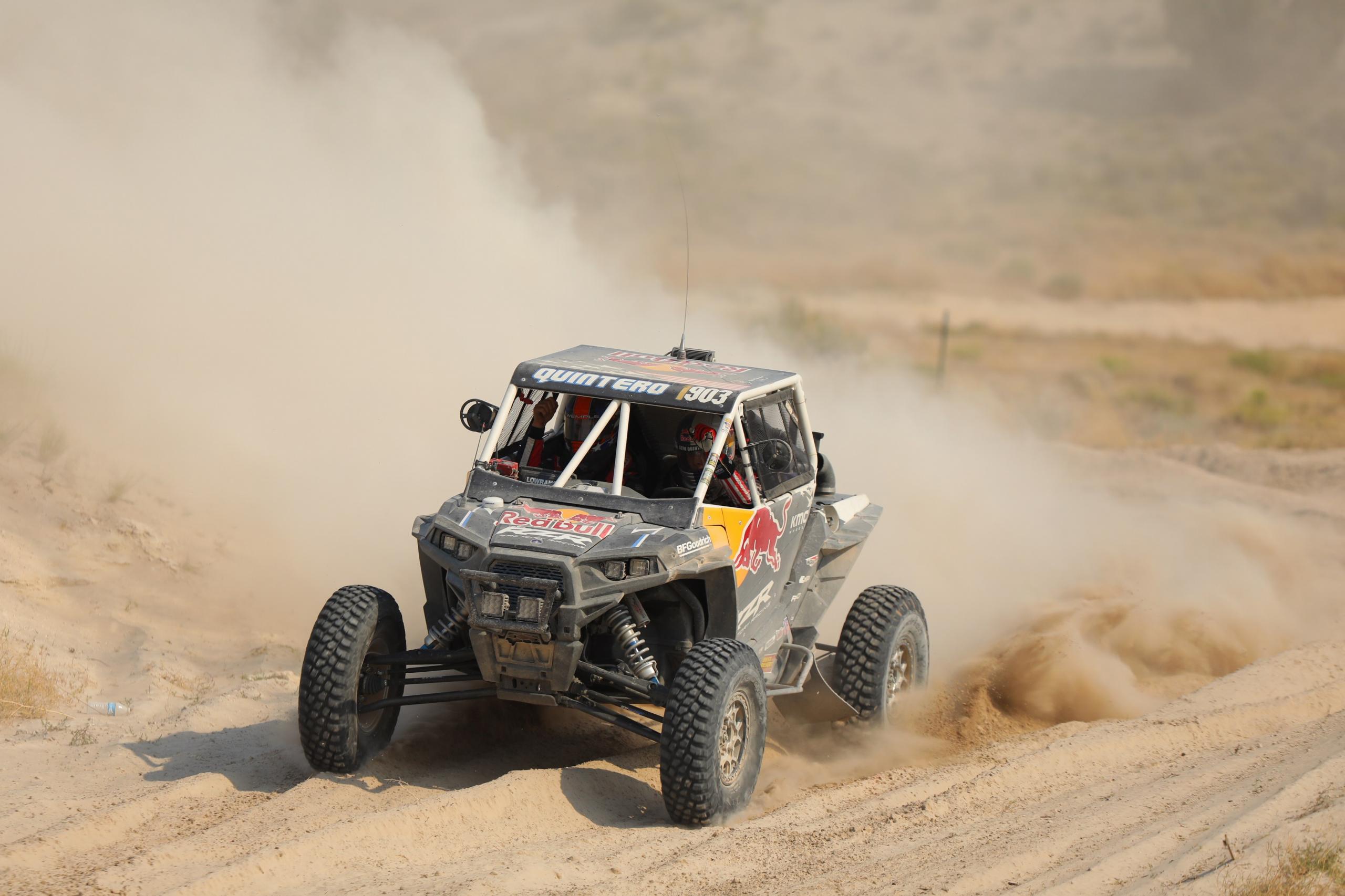 Polaris RZR® Factory Racing came home victorious yet again at the 2020 Best In The Desert VT Construction Silver State “300” race over the weekend, the first BITD series race back after being postponed in April. Overall, the RZR Factory Racing Team took the Pro N/A class win for the second year in a row along with four podiums in total. Seth Quintero secured the win in the N/A Class in dominating fashion going back to back after his win in 2019. Seth started in second position off the starting line and made quick work of overtaking the leader where he’d set the pace all day, leading all the way to the finish line.

“After the recent racing hiatus, we’re thrilled to be competing again and are incredibly proud of the RZR Factory Team for coming right out of the gate in the first BITD race back and bringing home some hardware,” said Brett Carpenter, Team RZR Race Manager, Polaris. “Seth Quintero came out swinging at Silver State yet again, winning for the second year in a row which is exactly the kind of momentum we were looking for as races start taking place again. With so many unexpected competitors joining this race last minute nearly doubling the entries, it was a tough but successful race all around.”

Kaden Wells was also able to continue his streak of consistency with another podium in the Pro N/A class. Starting fourth off the line, Kaden navigated through heavy dust and a stacked field to make his way towards the front. A flawless day resulted in a second-place finish, keeping him in the hunt for the class championship.

Out of the 98 total UTV racers signed up for the Silver State “300,” 52 were RZR Factory Racers. The team plans to continue their domination in the BITD series at the Vegas to Reno race on August 12 – 15.