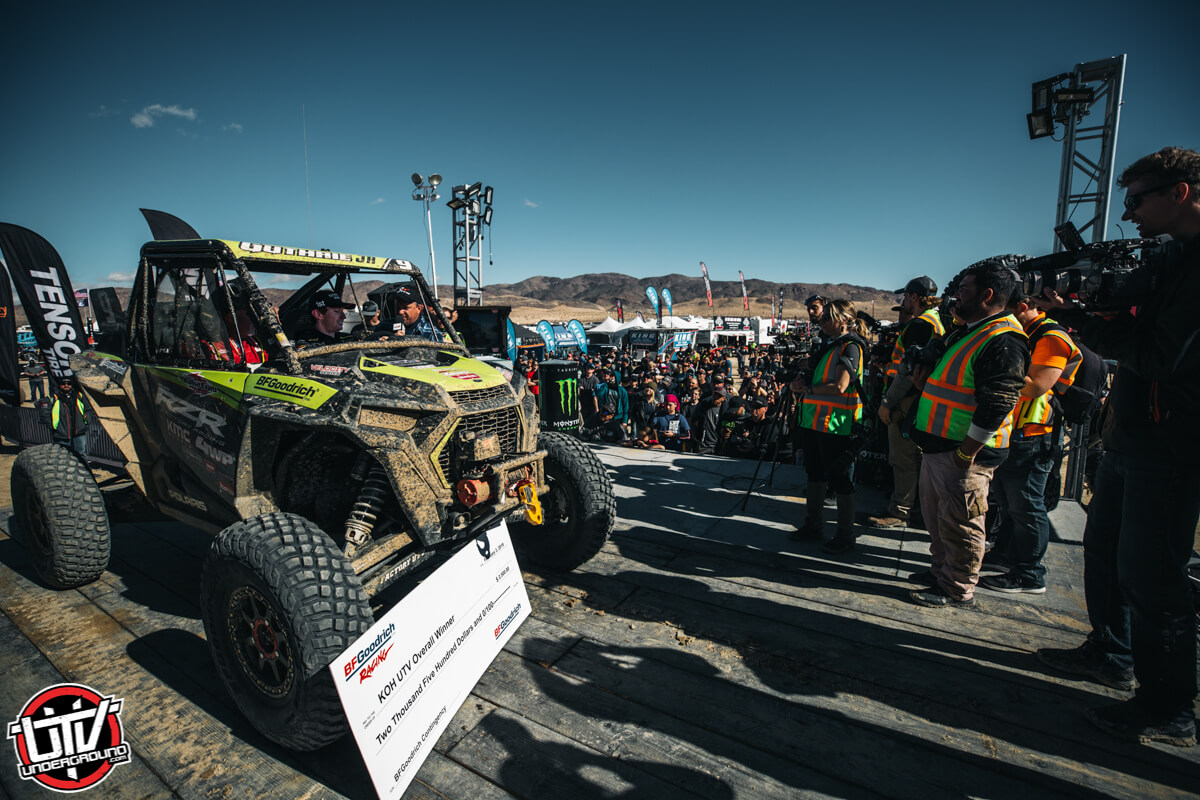 Guthrie Jr. fought through rain and heavy winds to qualify first. In the main, Guthrie Jr. showcased the terrain-dominating features of the new RZR XP Turbo S Velocity and exercised true talent to outpace the competition in the world’s toughest one-day off-road race. 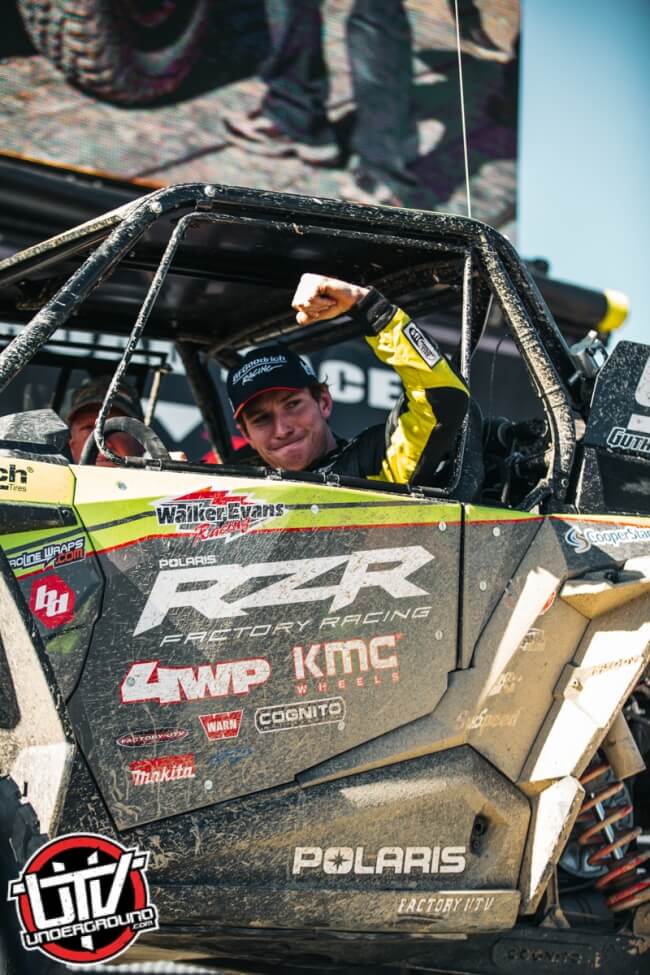 “We blew a belt and lost the lead. It was totally my fault,” said Guthrie Jr. With a quick belt change, he and co-driver John Crowley, Jr. were able to re-gain the lead again going up Clawhammer. “The RZR XP Turbo S Velocity was flawless.”

Utility Task Vehicles (UTV) were first introduced to King of The Hammers in 2009, and the top spot of the podium at Hammertown has been inhabited by a Polaris RZR every year since. 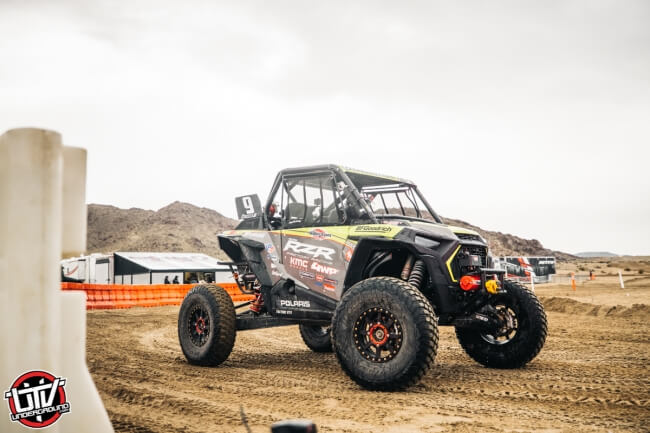 Polaris RZR Factory drivers Wayland Campbell and Brandon Sims finished second and third, respectively, and completed the all-RZR podium. With a finish time of 5:19:09, Campbell edged out Sims by one minute, three seconds.

“A huge sigh of relief when I pulled into Hammertown,” said Sims. “I just kept thinking ‘Keep it together.’ The RZR was great all day and is a testament to its strength. It was a rough race.”