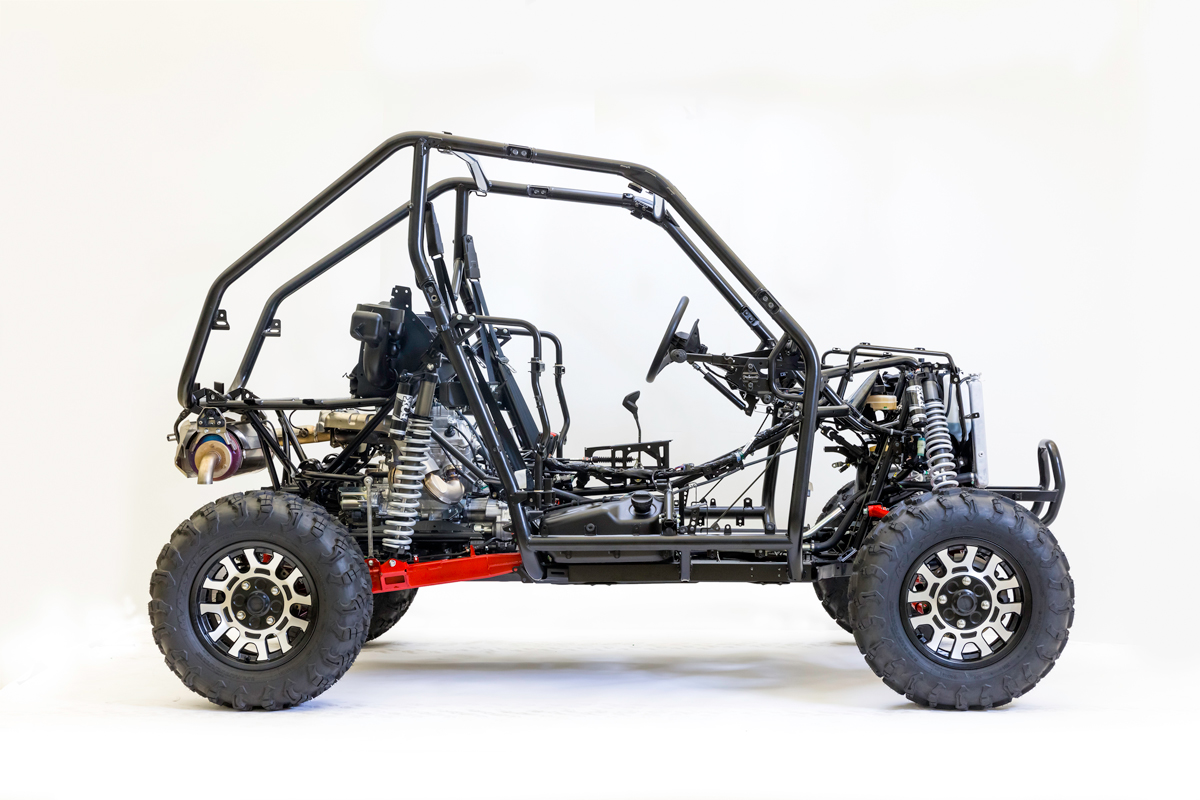 Since 2005, Jeremy McGuire has served in a number of roles at Honda R&D America’s Marysville, Ohio, facility, and he currently develops strategies based on market needs while aligning with business objectives. As the Large Project Leader for the Talon, he was responsible for directing and managing the vehicle’s overall development.

What was the starting point for the development of the Talon?

This project was centered around the development of the 1,000cc engine with a DCT transmission that’s in the Pioneer 1000. The plan was that this project would follow after the development of the Pioneer 1000, in order to enter the Sport side-by-side segment. We knew we’d be producing it at our Honda of South Carolina manufacturing facility, which would be going through an expansion for this vehicle, because we were developing a one-piece frame that would require some changes to the production line.

What were the performance goals for the engine when applying it to the Sport model?

One thing we focused on when we started this was acceleration performance, and not just what it feels like when you accelerate, but also the actual dynamic time itself, from zero to 200 meters. We set that as a key performance target that we always balanced throughout the development.

How did you do that?

By ensuring that we were optimizing the design, saving weight where we could, to be sure we were going to achieve that performance for acceleration, but also making sure we met the strength requirements of the drivetrain. You want performance, but you don’t want your driveshaft to break when you’re 20 miles from camp.

What is the process of going from concept to a production?

We had already done a lot of research with respect to the multipurpose customer, who we knew very well, but we knew we couldn’t just rest on that. We had to go out and investigate and understand how the customers were using Sport side-by-sides, but also learn where there were voids in what they were being offered. We boiled that down into the concept of creating these two distinct Sport vehicles for those unique usages. Once we developed that core concept, we had our styling team in L.A. create a styling concept based on that, for performance and packaging. From there, we started to develop specific targets across what we call the function groups, to break down subsequent targets of performance and spec achievement in order to meet that higher overall concept. Based on those targets, the design engineers go to work and figure out where to put the seats, the engine, the center of gravity, the wheelbase—all those kinds of packaging elements. We ultimately arrive at the design that we prototype for the first time, and then we get to test our theory with an actual real-world vehicle. That iteration happens a couple times, until we refine it sufficiently to the point that we can hand those specifications and drawings off to the factory, and that’s where Honda of South Carolina takes it over for production.

What area was the most challenging?

Frame rigidity was a challenge in the beginning, and we had to go back to the drawing board and make some radical changes right out of the gate to achieve our targets. We build prototypes in batches because we have eight to 12 function groups that have to do their respective confirmations to make sure it meets Honda’s requirements.

How do you measure frame rigidity?

That was one of the unique aspects of this process. Ultimately we ended up leveraging our auto synergy by being next door to Honda Auto. We were able to utilize their chassis fixtures to determine the rigidity of the frame by isolating the suspension system from it. After that we could focus on tuning the suspension. By going through that testing, we identified an improvement in our development process. We didn’t want to put this out quick and let the customer in the market figure it out. We wanted to make sure it met our standards—including some standards that we didn’t have before this project, that we had to develop.