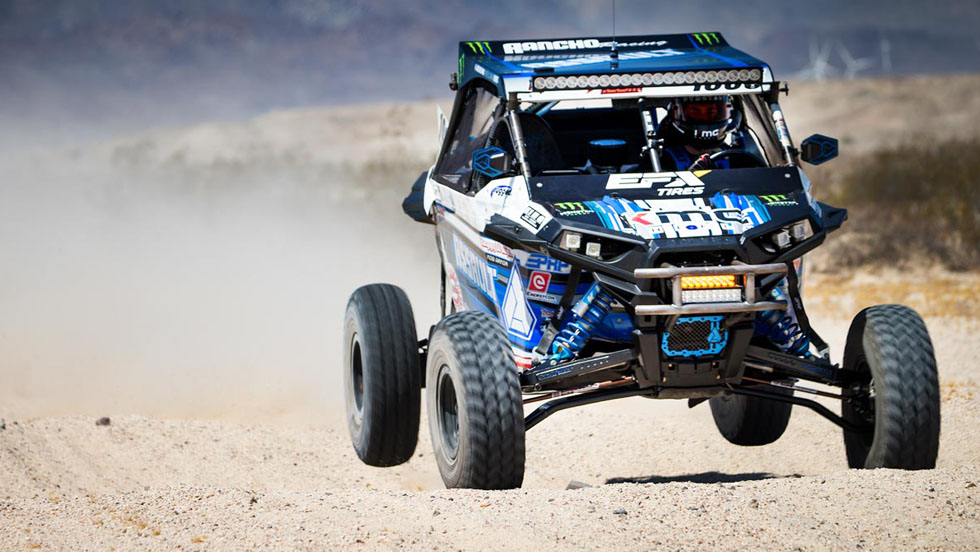 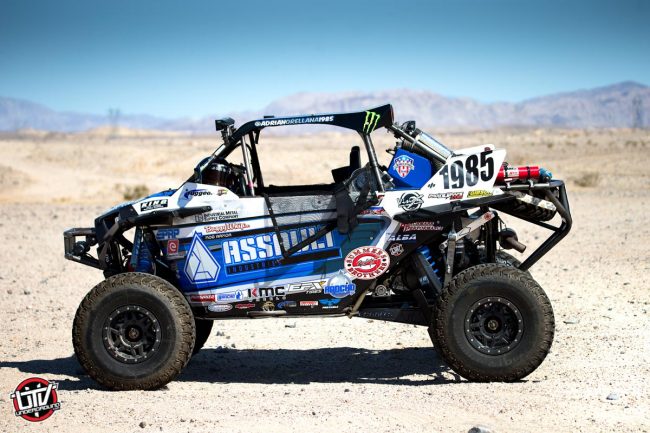 We caught up with Adrian Orellana who is currently sitting 3rd in points in the Pro Production class at the Best In The Desert series as he tests and prepares for The 2017 “General Tire” Vegas to Reno race presented by Fox in his Assault Industries Polaris RZR. With first place being 20 points away Adrian knows that preparation and consistency is key to competing at the highest level. We headed out an hour an a half east of San Diego to one of the best known locations to test, Plaster City, Ca.

Adrian chose to test at the same time he is supposed to leave the line to help mimic the conditions he will be facing in Las Vegas. Open the door to the truck and we get hit with a back draft of dry heat, approximately 97 degrees fahrenheit. Almost every team has their own “testing area” and Adrian’s was versified with 2 miles of high speed whoops, jumps and rocky terrain. After the Baja 500 race, Adrian was looking for a more versatile way of adjusting the power band and tuning his Polaris RZR. 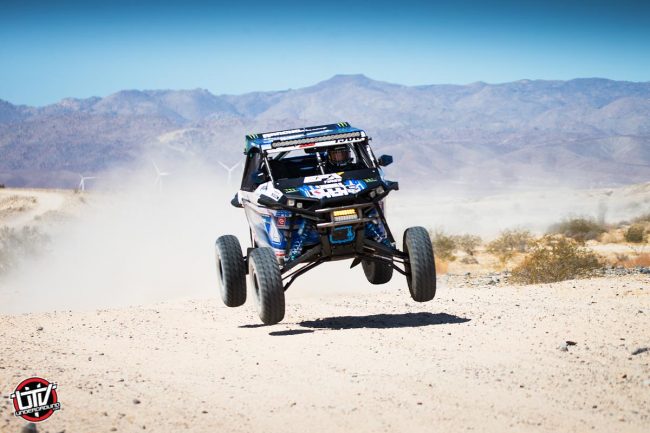 He reached out and teamed up with Energy Coil for their Coil Packs and Dobeck Performance for their Gen 4 wide band controller to supply the adjustability and reliability for a clean running motor. After the first couple hot laps the motor was up to temperature and Adrian slammed on the gas to to see how the fly by adjustability of the Dobeck Performance Gen 4 set up operated. The engine was running a little rich and Adrian used their auto tune fuel trimming feature to adjust it on the fly as needed. “We think that with our Energy Coil system with help from Alba Racing, Benchmark Performance and Dobeck Performance setup, we have the best motor package out there.” Adrian said. 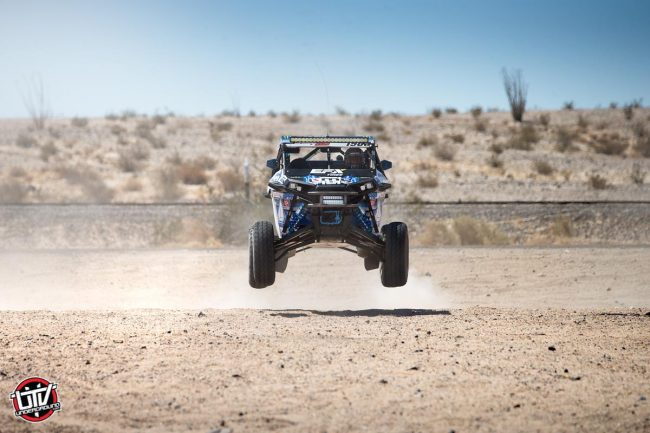 The testing went well and quick with no major hick ups besides radius rod adjustments at the time. This is racing and you can only prepare for so much. “This being the first year we plan to do the whole season, Im speechless. Being consistent I guess pays.” Adrian said. With a draw position of tenth Adrian has a good chance of getting out in front early in the race and staying consistent till the end. Stay tuned because we will be chasing the race and be giving live updates on how all the drivers are doing including Adrian Orellana. Three more days and its race day!
To stay connected to Adrian Orellana you can follow him on his Instagram at https://www.instagram.com/adrianorellana1985/
Story & Photos by Daniel Schenkelberg // UTV Underground