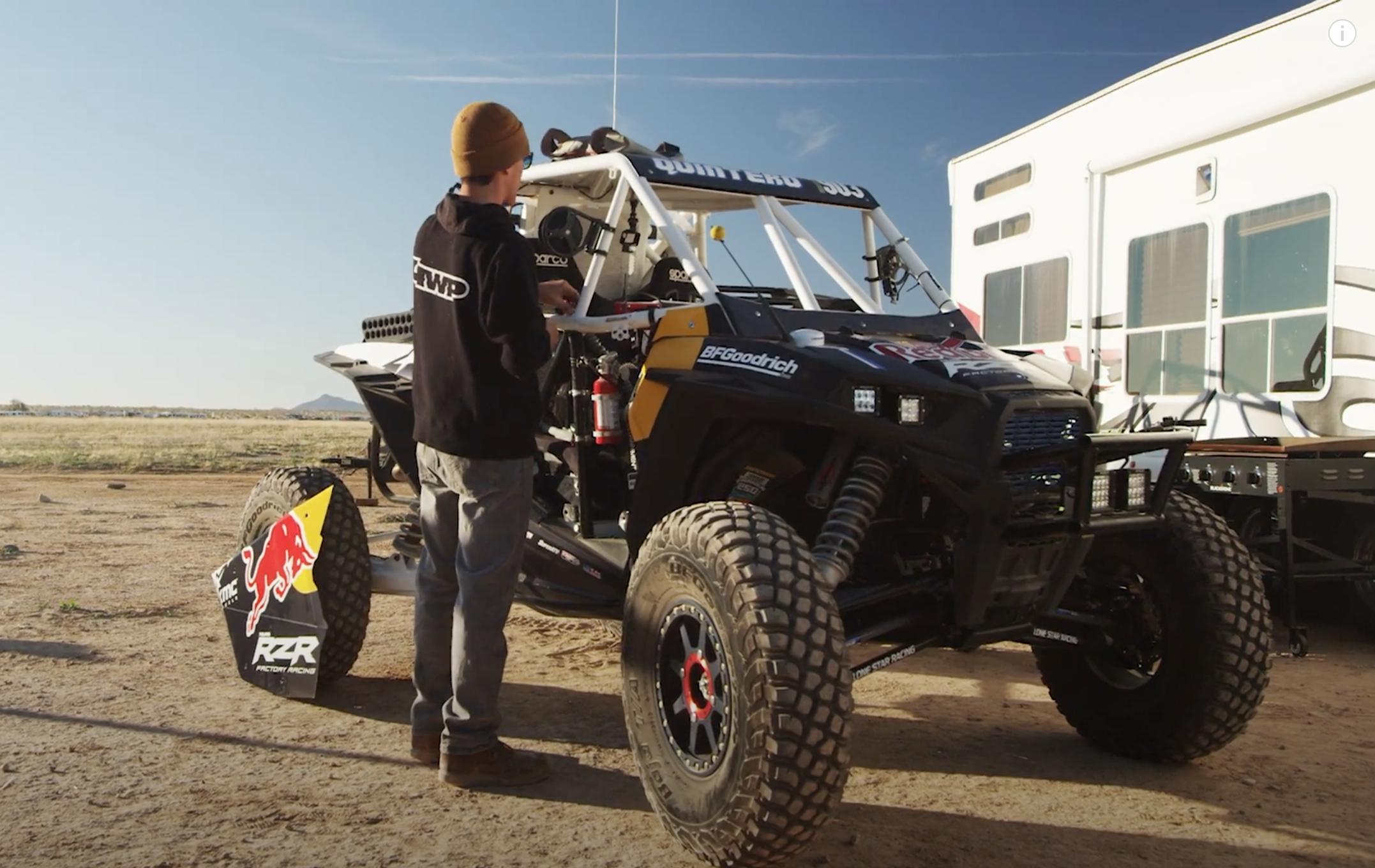 The Red Bull Off-Road Junior Team are hunting podium places as the Andalucía Rally enters its final day. The four-stage odyssey through southern Spain has so far provided the team with strong results as well as invaluable knowledge ahead of the 2021 Dakar Rally. Now the young squad are preparing to close out the rally with a final flourish on the last day of racing.

Leading the charge for the Red Bull Off-Road Junior Team has been Mitch Guthrie Jr. A strong performance at the Andalucía Rally has seen Mitch drive his OT3 to within five minutes of the side-by-side (SxS) podium positions on all three stages so far.

Mitch has been showing the driving skills in Spain that helped him to set the fastest time on a number of SxS stages at the Dakar earlier this year. Mitch now holds third place in the SxS category (T3/T4 combined) of the Andalucía Rally going into the home stretch.

“We just went flat out today to see what kind of stage time we could do.” – Mitch Guthrie Jr.

World Rallycross driver Kevin Hansen has been making the most of his opportunity to race the Andalucía Rally. Despite this being Kevin’s first taste of rally-raid competition his composure on each stage has impressed the team.

Kevin has adapted quickly to a completely new driving discipline and on day three in Andalucía he was rewarded with a third place finish on the stage. All the while Kevin has been ensuring that the OT3 gets all the mileage possible in Spain.

“We had a good rhythm and we could push with little risk.” – Kevin Hansen

It’s been a tough introduction to rally-raid for 18-year-old Seth Quintero. The current Best in the Desert Pro National Class champion has battled against a number of mechanical issues during his first-ever race in Europe.

The trip to Spain has not yet delivered the results that Seth wished for on his rally-raid debut, but the lessons learned will all be extremely useful as he prepares for his first Dakar early next year. The strength of character Seth has shown throughout the rally has been immense and he was rewarded with a fast ride on day three. Despite being in the dust for much of the day, Seth helped his team-mates to score a 1-2-3 finish in the T3 category as they all finished in the Top 5 of the T3/T4 combined stage times.

“I’m super stoked to get a finish. Looking forward to tomorrow and closing things out alongside Mitch and Kevin.” – Seth Quintero

The Andalucía Rally concludes tomorrow with a final 220-kilometre timed special stage. The Red Bull Off-Road Junior Team will then use every piece of knowledge acquired in Spain to help them plan their next assault on the Dakar Rally, starting in Saudi Arabia on January 3, 2021.

Catch up with the Red Bull Off-Road Junior Team in the Destination: Dirt series on Red Bull TV, watch it here