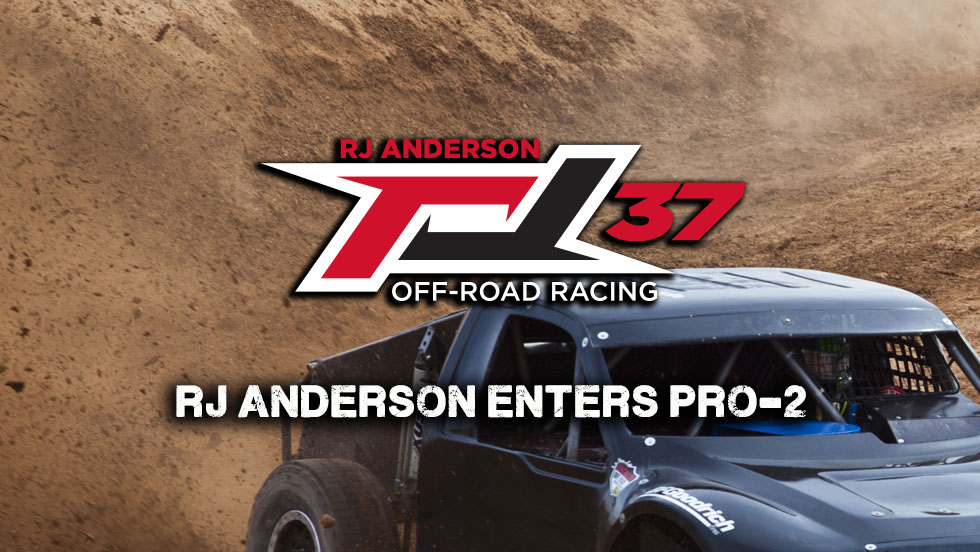 RIVERSIDE, CA // MARCH 19, 2014 New for 2014, RJ and the team are proud to announce new partners to the team, welcome back long time partners and introduce the next big thing… RJ Anderson’s #37 Polaris® RZR® / Monster Energy® PRO-2. This season things are going to get a little tighter underneath the RJ37 Awning. RJ will be back to campaign his Walker Evans/LoanMart ProLite and look to avenge his 2013 runner-up finish and he’ll be rolling out new hardware… a PRO-2.

“The off-season has been spent building a solid program for the upcoming year. I’ve always been a Polaris® guy. I grew up racing short-course and off-road the past few years in my Polaris® RZR®s, then last year I got a chance to do the RZR® XP1K video by UTVUnderground.com and Mad Media. After over a million views, we knew more people needed to see the RZR® name out there. So we’re proud to have them on-board for a full season of PRO-2 action.” said RJ Anderson.

Monster Energy steps up its support to the team this year and does a great job of keeping everyone out there pumped on the RJ37 program. New for this year, BFGoodrich Tires will be providing the traction for the greatest sport on dirt and Rigid Industries LED Lighting keeps the team well lit into the longest nights. We’re also excited to add Polaris Engineered Lubricants™ and Active Enterprises to the team.

RJ knows that for 2014 it’s all about teamwork and would like to thank the sponsors that continue on with the program: SouthPoint, ThyssenKrupp Motorsports, Oakley, FK Rod Ends, Kroyer Racing Engines, MSD, K&N, Impact Helmets, Troy Lee Designs, UTVUnderground and Utendorfer Graphic Design Service.

ABOUT RJ ANDERSON Growing up in Riverside, California, RJ Anderson was literally born into off-road racing. Son of Walker Evans Racing crew chief, Randy Anderson, RJ cut his teeth racing go-karts, Trophy Karts and Polaris® RZR®s. RJ stepped up his program in 2011 racing a Polaris® RZR®, spec-class Super-Lite and on occasion a Pro-Lite in the Lucas Oil Off-Road Series. Along the way earning UTV Champion, ProLite Rookie of the Year and the Challenge Cup win. In 2012, he campaigned a full season of ProLite, claiming the Championship, LOORS Driver of the Year, Dirt Sports Short Course Driver of the Year, and Crash of the Year. RJ is part of the new breed of off-road. If you can’t seem him at the track, you can see his work on YouTube, Instagram and Facebook. 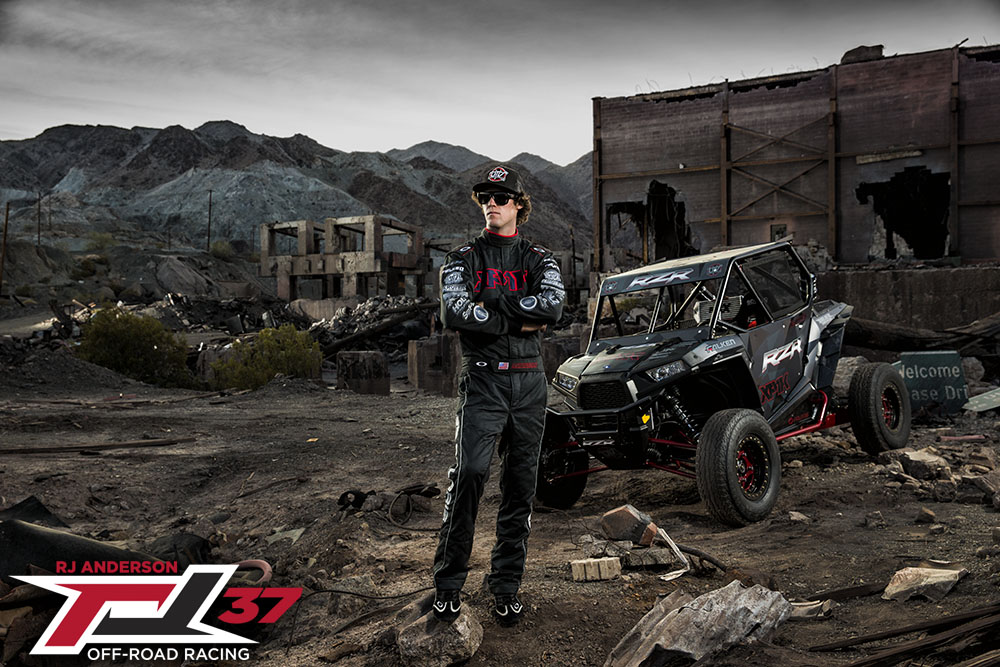