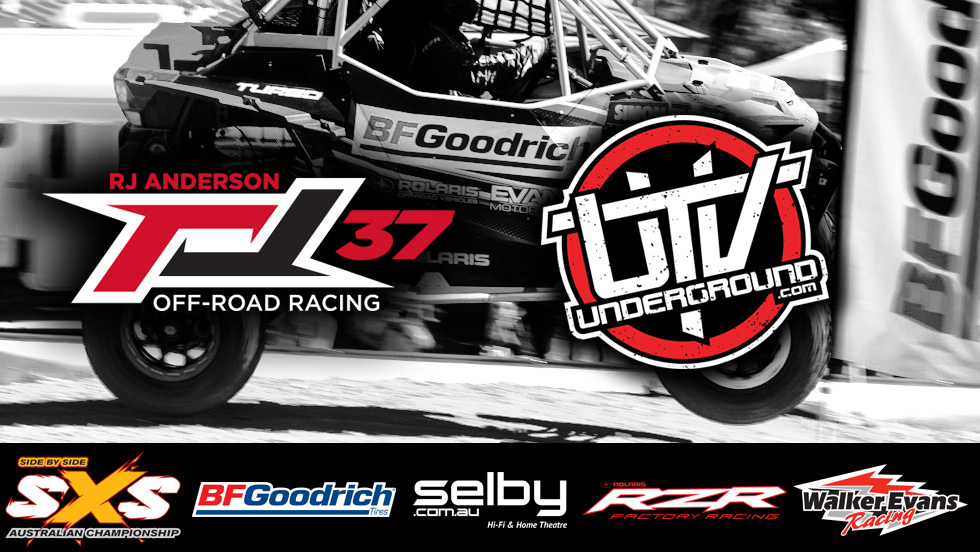 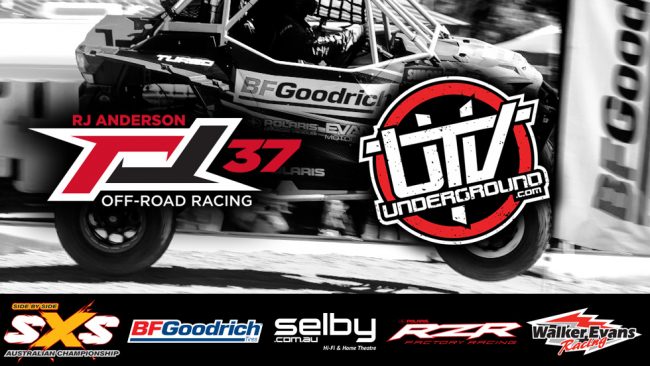 July 24, 2017 – San Diego, CA – Viral video sensation and multi-time off-road racing champion RJ Anderson, alongside UTV industry icon Joey (Joey D.) of UTVUnderground.com, are embarking on yet another adventure. The duo is known for their epic travels behind the wheel of Polaris RZR machines, and this time will take their respective talents to Australia to partake in both fun and adventure that culminates with RJ Anderson competing in round 4 of the SXS Australian Championship series just outside of Melbourne, Australia. Anderson will showcase his talents alongside Australia’s best UTV /SXS competitors behind the wheel of a race modified 2017 Polaris RZR XP Turbo. The two will spend almost two weeks traveling July 28th – August 8th. 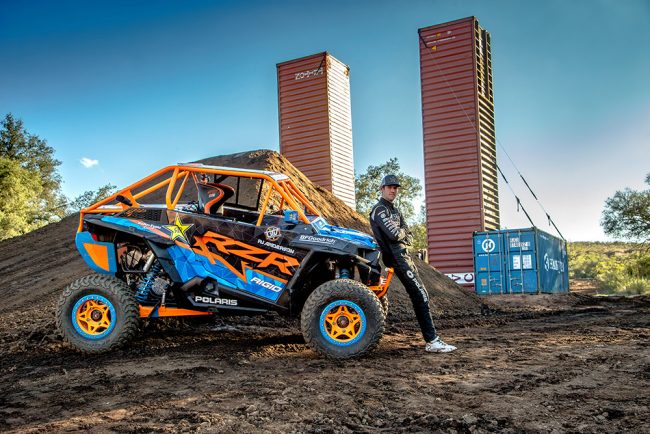 “Australia has been on my bucket list for as long as I can remember. I have heard so many great things about the country, its people, and of course its growing off-road racing scene. To have the opportunity to finally experience Australia and actually compete behind the wheel of a Polaris RZR, words can’t express my excitement. I am extremely grateful to Sam Beck at the SXS Australian Championship as well as the team at BFGoodrich Tires for making this all possible” stated RJ Anderson, a 6-time off-road racing champion.

When it comes to UTV / SXS racing, no one has a stronger pulse than UTVUnderground and its founder Joey (Joey D.) DiGiovanni. UTVUnderground’s roots are buried deep in the sport of racing and therefor have played a large role over the past ten years in helping not only grow the sport but expose it on an international level. UTVUnderground has covered events all over the world so it comes as no surprise that the combo of Joey D. & longtime friend, RJ Anderson would make yet another trek across the globe, this time to “the land down under” where UTV / SXS racing is exploding. 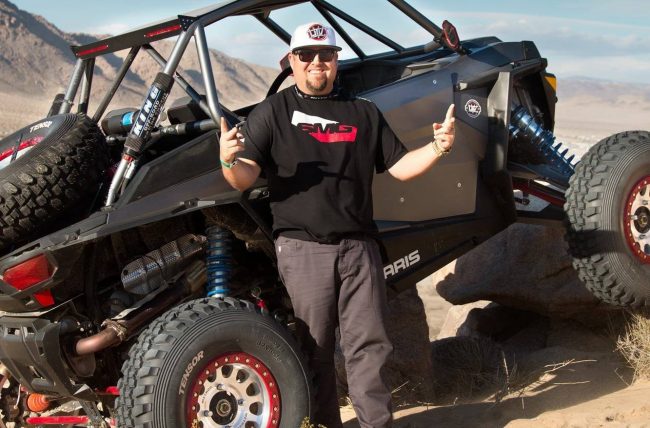 “This trip is a year in the making. When Sam (Beck) first contacted me about covering his series I was of course very interested in figuring out how we can put this together. To be able to take our platform at UTVUnderground.com to Australia and showcase the SXS Australian Championship, all while traveling alongside one of my closest friends is beyond words. I look forward to sharing our adventure while in country and furthering our media partnership with the series for years to come” stated Joey (Joey D.) DiGiovanni, Founder & CEO of UTVUnderground.com.

The week long adventure will not only include the SXS Australian Championship. The two plan to embrace Australian culture with series owner Sam Beck as their guide. The trip will include taking in the sites in and around Melbourne and Queensland, as well as an outback adventure alongside some fun adrenaline based activities. 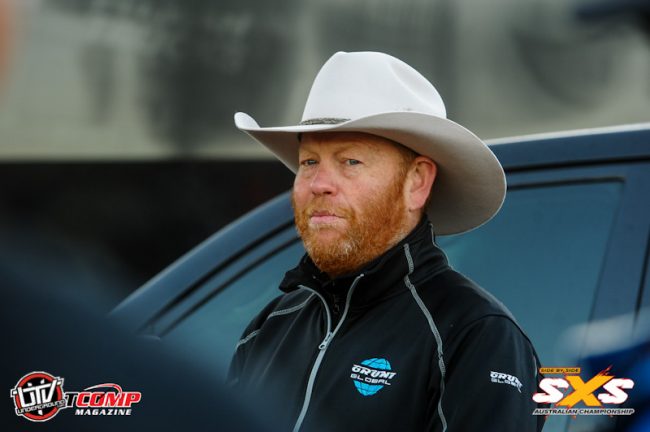 BFGoodrich Tires is synonymous with off-road racing around the globe. Their recent move into the UTV / SXS segment was made official with the launch of the BFG KR2 Baja T/A UTV Tire in 2015 and rumors have swirled about a new addition into the market for the past few months. Nevertheless, BFGoodrich has committed to furthering its market share in the space and an opportunity such as this not only acts as promotion for their current UTV product, it continues to show their awareness for creating savvy and fun content in emerging markets, something BFGoodrich has done since its inception. 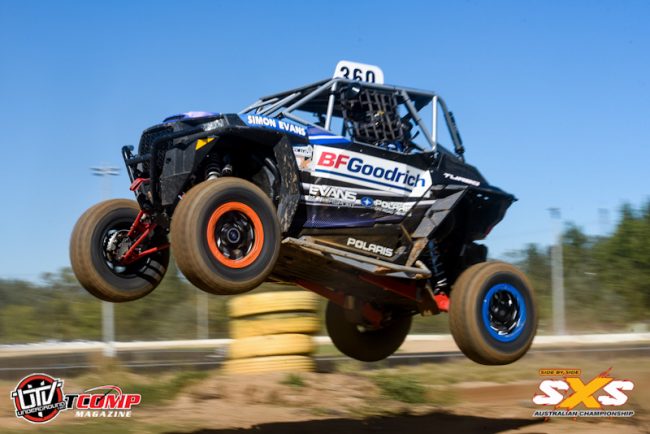 “We have noticed from afar that UTV racing has exploded in the US and is one of motorsport’s fastest growing extreme sports. BFGoodrich Australia have partnered with the SXS Australian Championship because we feel strongly about the potential for this series in our domestic market. Much of the sport’s growth and popularity has been fueled via the US with stars like RJ Anderson, Joey D. and his UTVUnderground.com crew. To have this BFGoodrich ambassador in Australia is a huge coup not only for the local series but for the visibility of our brand within it. We look forward to hosting RJ and Joey in Australia and showcasing what our tires can do in the next round of the SXS series.” – Tim Hoare, Marketing Manager BFGoodrich Australia

While in country, RJ & Joey D. will share their trip through their respective social media channels and in photo and editorial content via UTVUnderground.com. 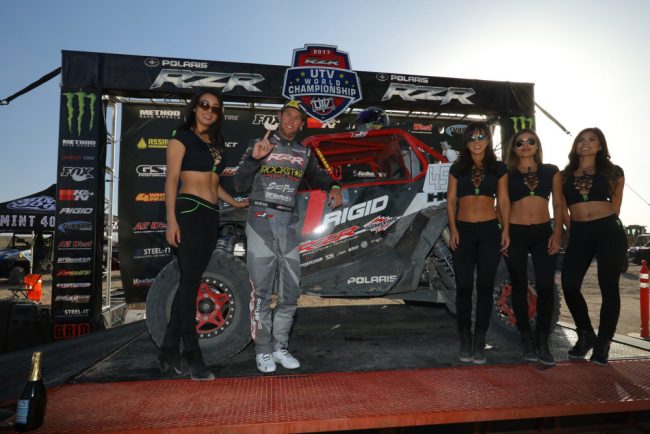 “This wouldn’t have happened if Sam (Beck) and the staff at BFGoodrich didn’t embrace the opportunity. We are so fortunate to work with companies like BFGoodrich who not only produce the most iconic tires in off-road, but also believe in furthering markets like the UTV segment by investing in the growth of the sport through opportunities like this one”, stated Joey (Joey D.) DiGiovanni, Founder & CEO of UTVUnderground.com.

“I want to thank Sam (Beck), everyone at BFGoodrich, Walker Evans Racing, Selby and of course Polaris RZR for this opportunity. At the end of the day, this all happens because of Polaris and their support of my racing program. I can’t wait to compete behind the wheel of a RZR in Australia, it’s going to be the trip of a lifetime”, added RJ Anderson. 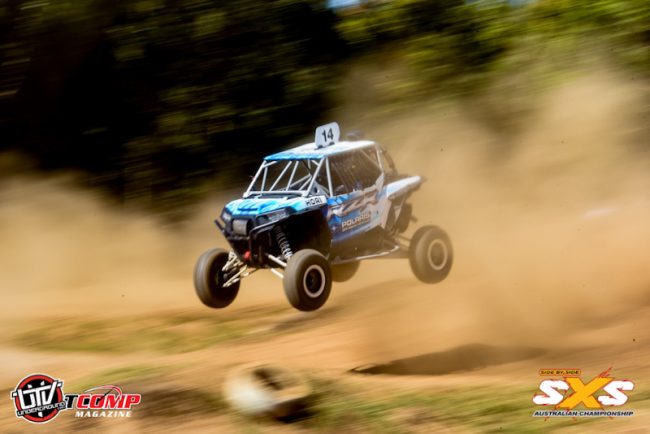 Polaris has been an integral player in the launch and growth of the SXS Australian Championship. While their efforts in the US are very well documented, their work on the international side has not been as recognized. Polaris has supported racing all over the world, most notably in Baja, Mexico and in the Dakar / rally series’ hosted in South America and Europe. Australia is not only an emerging market for recreation, but is a huge territory that involves off-road racing.

“We are fortunate to have engaged with a professional and enthusiastic promoter in Sam Beck of the SXS Australian Championship. We kicked off with a one make, one model Polaris RZR Championship in 2015 with all competitors in identical RZR XP 1000’s with no changes permitted. For 2016 we retained the one make RZR championship for existing cars, and launched an open class championship for all brands and to accommodate the Turbos. 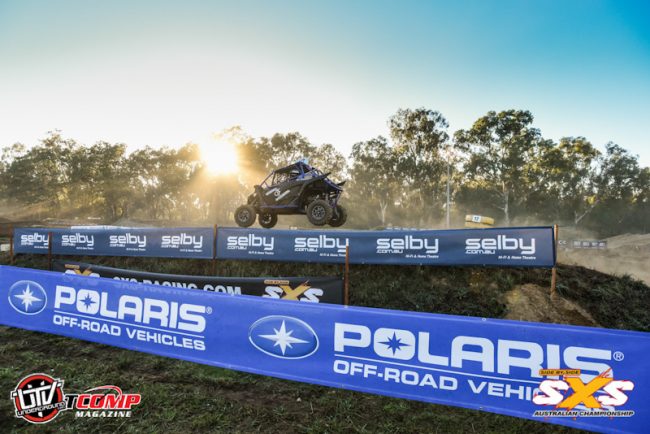 At Polaris, we set out to win every time but it is only a real win when you go toe-to-toe with your competitors. For 2017, we relinquished our one-make series to encourage all brands to both Turbo and Non-Turbo classes. The series growth has been rewarded by this move and even now we still view this as a beginning and not the end.

As we look to continue to further the growth, it is important to look at how our brand has succeeded in other markets where racing is more prominent. There is no better to way to grow and expose the work being done in Australia than to bring two of Polaris’ most visible international brand ambassadors in RJ Anderson & Joey DiGiovanni. We are thrilled to watch RJ compete against the local talent here and to watch the series and brand gain further exposure due to their attendance and participation.” – Simon Gloyne, National Marketing Manager – ORV Polaris Industries Australia 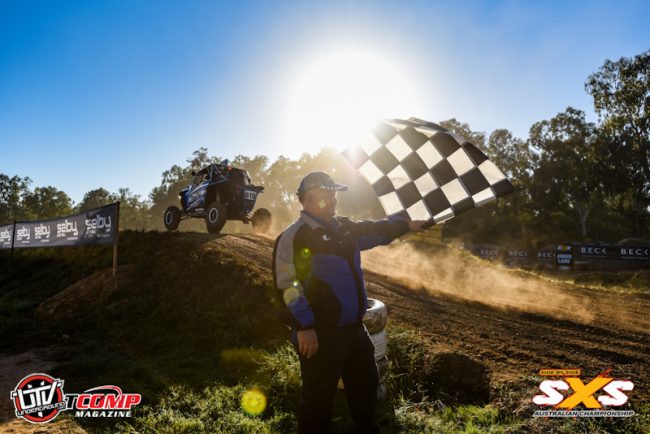 You can follow along as RJ Anderson & Joey D. take the UTVUnderground to Australia 7/28 – 8/8:

About RJ Anderson
RJ Anderson is part of the new breed of off-road racers. Beginning his 4-wheel off-road racing career at the age of 14, RJ is well ahead of the curve. Fast-forward and now at age 23 RJ is a professional short-course racer, UTV World Champion, Pro UTV champion, Pro UTV Driver Of The Year, Pro UTV Baja 1000 race winner, Super-Lite Challenge Cup Winner, TORC series Rookie Of The Year, Pro-2 Rookie of the year and a Pro-Lite Champion. Racing is what RJ loves to do; working to be the best is a passion for him, and winning is his goal. There is no doubt that RJ Anderson is part of the bright future of off-road racing.
See more at www.RJ37.com

About UTVUnderground.com
UTVUnderground.com is the world’s fastest growing all-inclusive UTV website, that features content and articles by both enthusiasts and manufacturers alike. In a mere six years, it has become the go-to site for all the latest news and entertainment surrounding the UTV industry. Thousands of monthly visitors from over 100 different countries around the world go to UTVUnderground.com for their daily dose of UV news and information.