Home All Stories News Rockin’ Out With Arctic Cat in Moab 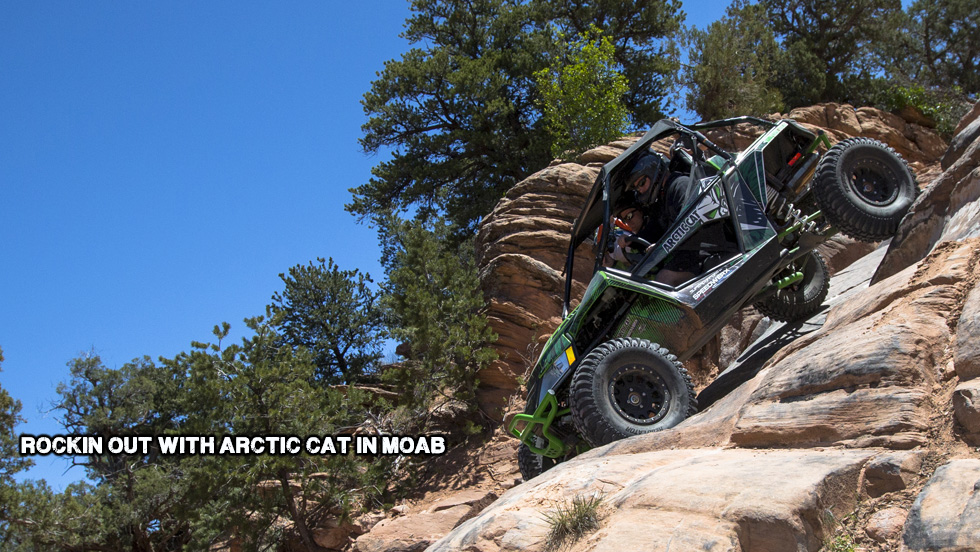 Each spring the side-by-side community descends on Moab, Utah for the annual Discount Tire Rally on the Rocks and this year was no different. With mild temps, amazing scenery, and more rock crawling side-by-sides than you can even count, the 2016 Rally on the Rocks proved that the industry is thriving and only going to get better in the years to come. Additionally, more and more manufacturers are taking advantage of this great event and taking the opportunity to get out and meet their customers and show off their latest machines.

One such manufacturer is Arctic Cat. Arctic Cat invited UTVUnderground to enjoy a day on the slick rock of Moab and check out the 2016 lineup of trail-ready Arctic Cat machines. Never ones to turn down a good time, we gladly accepted and we were set for a great day of riding. 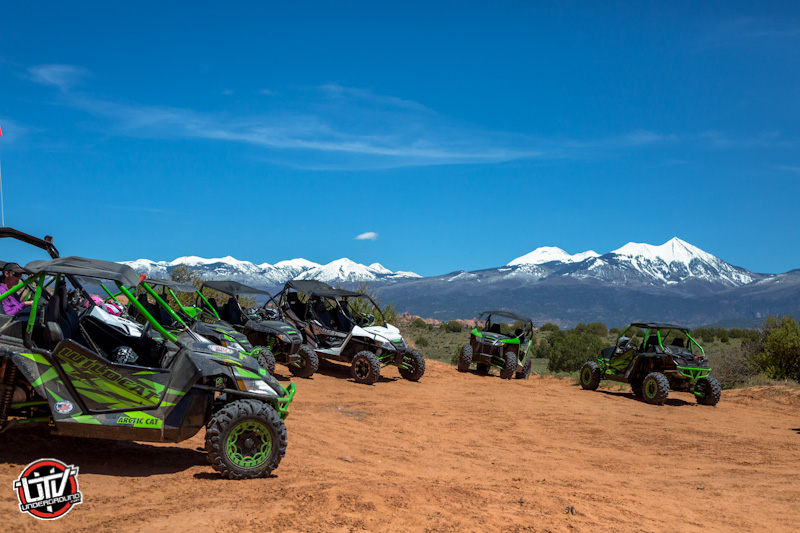 Our ride for the day was a brand new 2016 Arctic Cat Wildcat Limited. With 1000cc’s, Elka Stage 5 shocks, ITP beadlock wheels, and less than 2 hours on the clock, UTVUnderground was ready to experience the best of what Arctic Cat has to offer and see just why the Wildcat lineup is such a popular machine in Moab. We attend a lot of events around the nation, but only in Moab do you see such a large concentration of Wildcat machines. It was our turn to see just why this machine has become so popular here in Utah.

Getting acclimated to the cockpit was a breeze, as the controls are nicely laid out and easy to operate. The adjustable steering was a nice feature and was easily set to the desired position. While the Cat lacked an adjustable seat it was never an issue as there was ample legroom and really no need for an adjustment. We enjoyed the low center of gravity the seating provides, you truly feel as if you are sitting IN the machine vs. ON it. 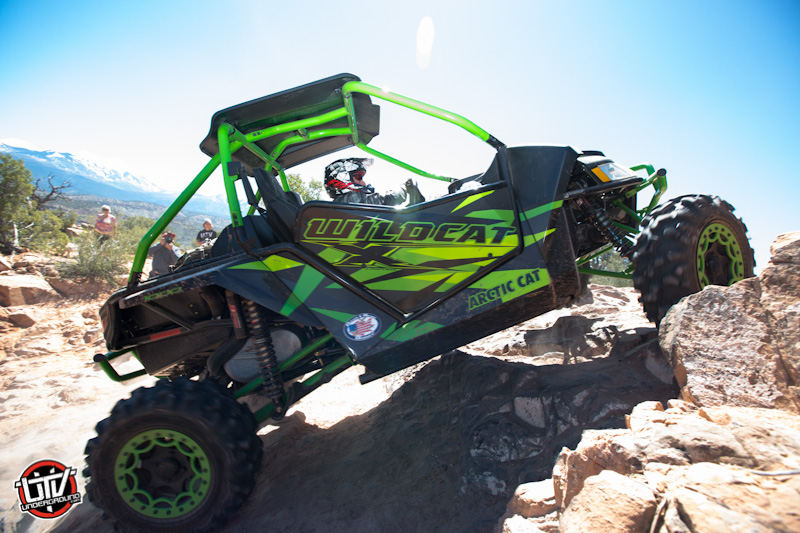 Once on the trail it was time for some fun as only Moab can offer! The trail for the day was the ever-diverse “Behind the Rocks” just outside of town. As we approached the first obstacle it was clear that this wasn’t going to be some dealer show type trail ride where we followed each other around an empty dirt lot with cones to mark the course. No, we were going to really test Arctic Cat’s machines on some of the best and most technical trails in Southern Utah, and test them we did. Through red sand dunes and up and down rock trails never imagined for four wheeled travel, we put the Wildcat through a gauntlet of trials and it emerged on the other side victorious every time.

After the group had gotten a chance to put the Arctic Cats through a few tests it was time to break for lunch. As we pulled up we could catch the aroma of BBQ drifting through the breeze and we quickly followed our nose to the tent where the Camp Chef crew had laid out an amazing spread complete with Tri-tip, pulled pork, and all the fixins. It was enough to make even the most trail weary of riders satisfied. We were here to ride though and once we had gotten our fill it was time to get back out on the rocks for some more fun. 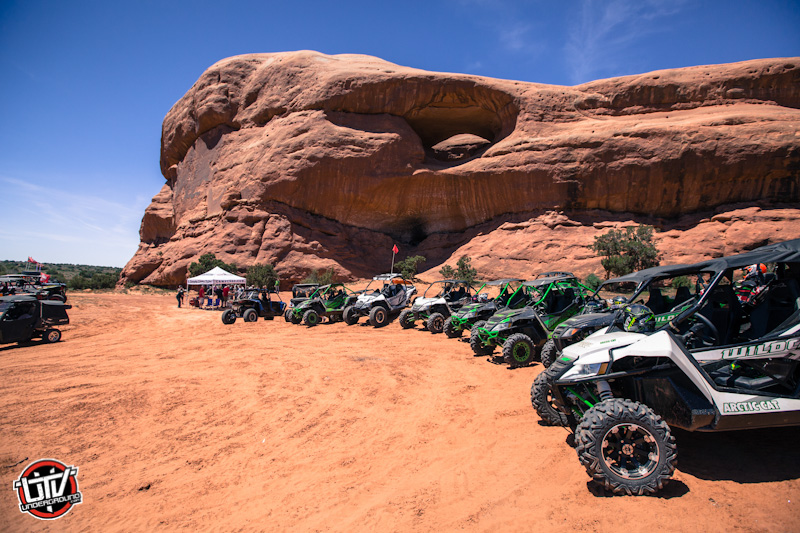 Where the Wildcat really shines is in the technical rock gardens of Moab. A combination of it’s wheelbase and suspension geometry makes the Wildcat a great option for those who spend their time searching for challenging routes through the rocks. A low hood and cab-forward design offer great visibility while negotiating through technical trails, and push button four wheel drive with selectable diff-lock really holds the line on the rocks. If there were more time we would have liked to dial in the suspension to suit our taste a little better as the faster sections of trail felt a bit harsh. This likely could have been improved upon with some compression and rebound adjustment, both of which are easily accessible on the Elka Stage 5 shocks. All in all the Arctic Cat Wildcat handled everything we threw at it and came back for more and also offers a great platform from which to build a great custom ride. In the end, we did get it, we now understand just why the Wildcat is such a popular rig here in Moab. The wheelbase, power, agility and suspension make it one of the best rock-crawling UTVs on the market and we can’t wait to have the opportunity to play with them some more!

UTVUnderground.com would like to extend our thanks to Arctic Cat and it’s employees for inviting us on a great ride through some amazing country. Also, we’d like to thank Camp Chef for setting up shop in the middle of nowhere so that we could partake in some great food. Next time you are at an event stop by and say hi to both the folks at Arctic Cat and at Camp Chef, you’ll be glad you did! 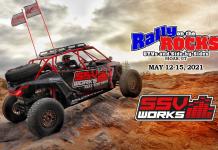 SSV Works to Exhibit During 2021 Rally on the Rocks 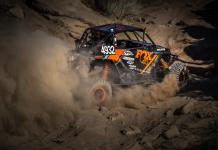