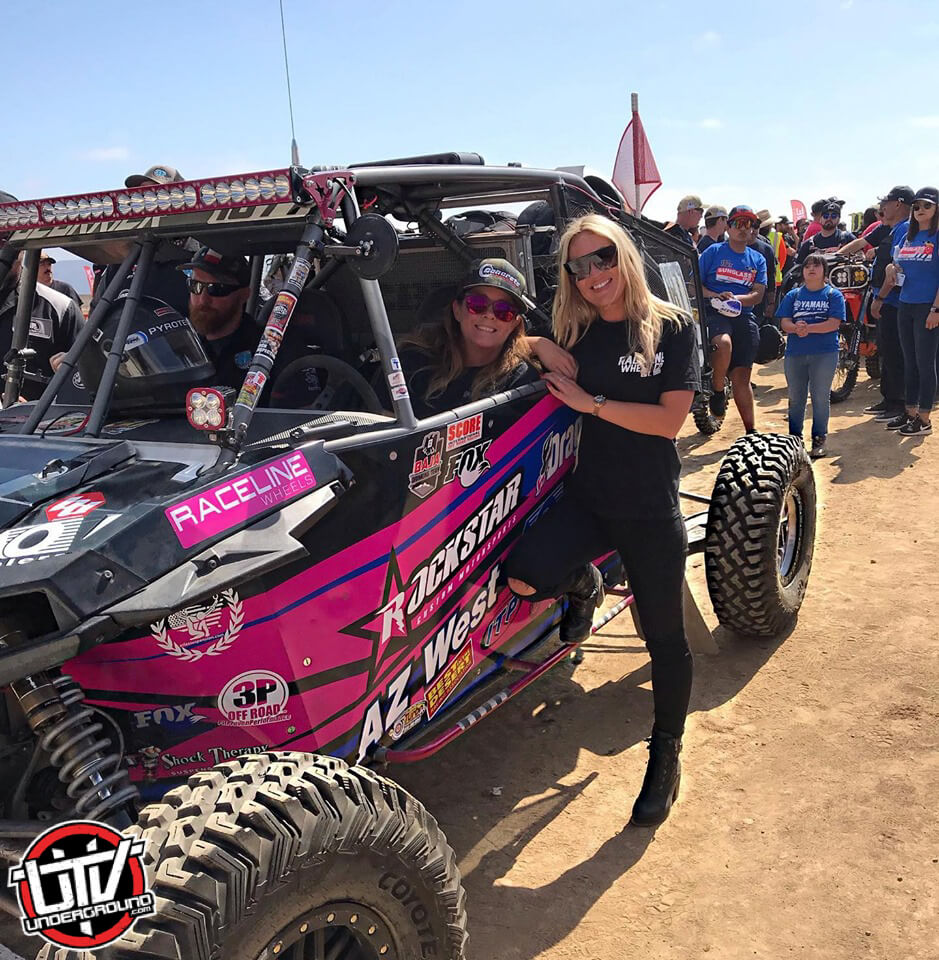 Once again we teamed up with our friends at 3P Off Road to race the Score International Baja 500! This time we took on their number as they are racing for a championship and we are determined to help them get it.

Coming off a win at the San Felipe 250, we were super confident as we headed down to Ensenada, Mexico. Zach, from 3P, was fortunate enough to go a week early and he began pre running. We arrived in Ensenada on Wednesday evening and began to plan our strategy.

Thursday consisted of gathering all our parts, getting fuel and planning our pits. Friday was tech day and Zach and I would go pre run the start as we heard the silt in the first 3 miles was terrible, while the rest of the crew would ready the race car and head to tech. The rumors did not disappoint. The track was terrible! We headed back to town and out to Estero Beach to join the rest of the crew with the race car.

Tech and contingency was being held at the Esetero Beach Resort this year due to an important election being held at the Mission in Ensenada. We had a great time hanging out with race family and handing out steekers to all the kids! Tech went smoothly thanks to my friend and driver of the famous Bochito, Dennis. We were ready to race!

Race day came early and Zach and I were ready! This time we the made the start on time! Because the race was starting at Estero Beach, SCORE incorporated the short course track into the start of the race. We took off by ourselves since we won the last race. Even though we didn’t get to race anyone through it, it was super fun! We had heard the first 2 mile of the track were littered with Trophy Trucks and just as we hit the first corner of silt they re routed us to go around and start under the highway. We were soon in the wash headed out to the desert. We pre ran this so we knew there was little room to pass and a huge water/mud crossing was coming up. We had marked a go around, and just as we got to it, we saw a spectator had parked his truck and easy up right in it! Through the mud we went! At approximately race mile 5 we hit what appeared to be a man made ditch that sent us for a bit of a wild ride, but the car landed softly and we thought nothing of it. About 5 miles later we heard some grinding noises and thought we had a flat tire. About a mile later we lot the passenger rear wheel! We pull off the track to safety and checked out the car. The rear bearing carrier had broken and eventually the wheel came off. Zach went to get the wheel and we brainstormed on what we could do to get close to our crew. Of course, we had no phone or radio signal in the valley we were in and it was deep silt as far as the eye could see. We decided to try to use our TREDS as a skid and used our tow strap to secure it to the trailing arm. It worked! Hoping to get to a road crossing that we knew was only a few miles away, we limped a little farther down the trail. The silt was too deep and we kept loosing the the TREDS off the arm. We got far enough to reach Weatherman and he was able to contact our team! They headed back from Ojos with the chase RZR and parts. Meanwhile, a few local kids on dirt bikes and 1 on a 3 wheeler happened by. They and we knew they couldn’t help so they went on their way to play on the live race course! With theme song from the Lone Ranger going through my head, I saw the chase RZR equiped with BuggyWhips and giant Raceline Flags flying down the track towards us! Eric and Ryan to the rescue. As the car came apart, we all gasped in amazement the shape of the bearing carrier from the heat we subjected it to! As the car was going back together, Eric realized, with a look of complete devastation, that he brought the wrong side. They put it together anyway, using only 2 bolts and we were told to ease our way 3 miles to the road crossing where the car could be put together properly. We headed back out as easy as we could in the silt going up hill. The Polaris RZR plowed through easily and we chugged along. We came to a sharp right hand turn that went up a fairly steep grade. No problem it wasn’t a silt mess, but it was. Just as we came up to the corner, the boy on the 3 wheeler decided that was the perfect time to jump out onto the course in front of us! I didn’t want to hit him of course, So I swerved around, lost momentum and was stuck immediately in the silt. I said a few choice words as Zach helped him get off the track.

We sat there for a while digging the car out and contemplating what on earth we were going to do. I looked to my left and saw that other racers had gone through the deep scrub brush to get around presumably stuck vehicles earlier on. So, Zach and I eased the car backwards down the hill and were able to get the car into the brush. Zach walked ahead to ensure we didn’t fall into a ditch or hit any rocks and we chugged up the hill and out of the silt to top of the hill! With a sigh of relief, we continued on our way to meet the crew. We had been out there approximately 7 hours. As we were just about to the road crossing, the crew radioed in that the lead bike was on his way back to the finish line. (the start and finish were the same 30 miles of track) We immediately pulled over off the track as to not be in his way and waited for him to come by. He gave us a big thumbs up as he was almost to the finish line!

We met the crew and the car was put back together. We knew we now had a long night ahead of us if we were to finish this race! SCORE told us we were not allowed to continue on down the start/finish part of the track as the bikes were now coming in. They instructed us to head down the road to HWY 1 and rejoin the course a little farther down. We knew it was for the bikers safety so we complied. We were driving about 25 MPH through a small farm area and all of a sudden a Jeep Cherokee was right in front of us! We swerved and hit the brakes, but it was not enough. We hit the Jeep full of locals tire to tire. It took the front suspension off the car and broke my wheel. The locals in the Jeep were not injured but had a flat tire. It was tense for a while as the crew caught up to us and broken Spanish and English words were had over who might be at fault. Luckily Zach was friends with a local off road shop and just happened to be wearing one of their shirts. He gave them phone numbers and told them we would help them fix their car through this shop. Everyone seemed happy with this and they finally went on their way. The crew with the trailer showed up and the car was dragged on, strapped down and we headed to where they said we could rejoin the race. We had all the parts to repair the car, but SCORE would not allow us to rejoin the race as there was no way we would finish on time. Dejected, we headed back to Ensenada.

Tears of sorrow were spilled into many beers and tacos and lots of I wish we had done this or that were told. At the end of the day, no one was injured, the car was intact and we had a great time hanging out with our race family in the beautiful Baja desert.

We are still in the points lead as no one from the UTV Unlimited class was able to finish the race. So, Baja 400 we will take you on in September!

Thank you to all our sponsors for helping us show the world how great and tough your products are and all our friends, family and fans that support us! 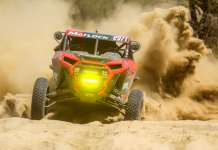