Home All Stories Press Round 2 of Lucas Oil Off Road Racing Championship Roars Into Phoenix... The Lucas Oil Off Road Racing Series, presented by GEICO, will bring its one-of-a-kind brand of high-flying, door-banging excitement to the Valley of the Sun on Saturday, April 13th, when the Super Clean Duel in the Desert, presented by Rockstar Energy, presents a dirt-slinging spectacle under the lights from Chandler’s Wild Horse Pass Motorsports Park. The 2019 racing season is officially underway and after one round of action the world’s best short course racers are eager to return to the track, looking to build championship-caliber performances at this crucial early junction of the title chase. 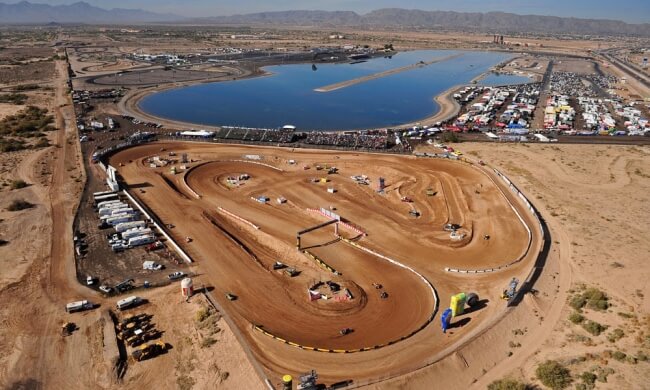 The state of Arizona has become a hotbed for off-road racing, and an array of exceptional talent has emerged from the Grand Canyon State, honing their talents at one of the biggest and most diverse motorsports venues in America at Wild Horse Pass. With such an influx of talent proudly representing Arizona on this global stage, its fitting that the Lucas Oil Off Road Racing Series season makes this annual journey to the outskirts of the greater Phoenix area. Various classes of trucks and buggies will be tested against the tight and technical elements of this dirt battleground in the middle of the sprawling Sonoran Desert, and to add to the excitement, the Duel in the Desert will be a nighttime showcase, where the atmosphere is guaranteed to be electric under the bright lights and starry skies. 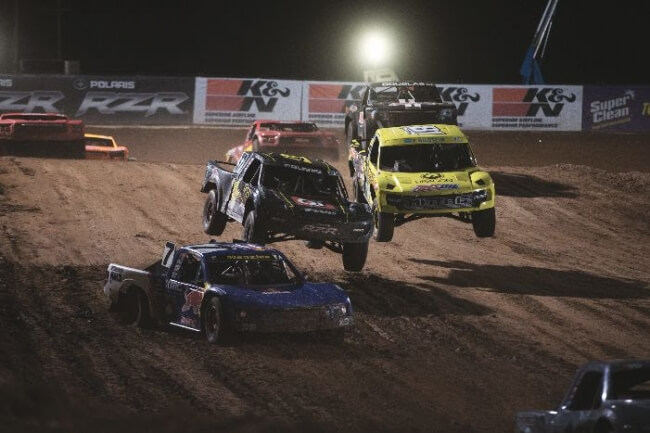 The opening round of the championship at Southern California’s Glen Helen Raceway produced a thrilling night of competition as drivers from all nine classes showed their mettle on the heels of a lengthy offseason filled with development and endless preparation for lengthy season. While both Pro 2 and Pro 4 titleholders Rob MacCachren and RJ Anderson were in the mix, they ultimately came up short in their bid to start their title defense with a victory. Instead, Jerett Brooks enjoyed an impressive performance en route to the Pro 2 victory, while Kyle LeDuc endured through a wild Pro 4 race to emerge with an odds-defying win. These two veteran drivers will bring the early season momentum into Wild Horse Pass, while their will look to bounce back in response.

The visit to Chandler will also consist of a talented lineup of Arizona natives that spans the entire gamut of classes, each hoping to make the hometown crowd proud at Wild Horse Pass. Leading this contingent is reigning Turbo UTV Champion Corry Weller, who is a Chandler native. The most prolific female driver in off-road racing rose to the occasion at the Glen Helen opener, storming her way to a statement win and early control of the championship. Weller’s success continues to pave the way for a new generation of girls and women to do battle in the Lucas Oil Off Road Racing Series, many of who will hit the track at the Duel in the Desert. All nine Lucas Oil Off Road Racing Series classes will combine to provide what is sure to be a competitive and captivating night of racing in the Arizona desert, where men, women, boys, and girls of all ages will duke it out in a battle for victory. Thousands of die hard off road fans will fill the grandstands, setting the tone for one memorable night of short course racing at its finest.

Tickets for the Lucas Oil Off Road Racing Series are available at http://www.lucasoiloffroad.com.