Home UTV Racing Round 4 of the 2019 AZOP Rowley White RV Series Takes Over... 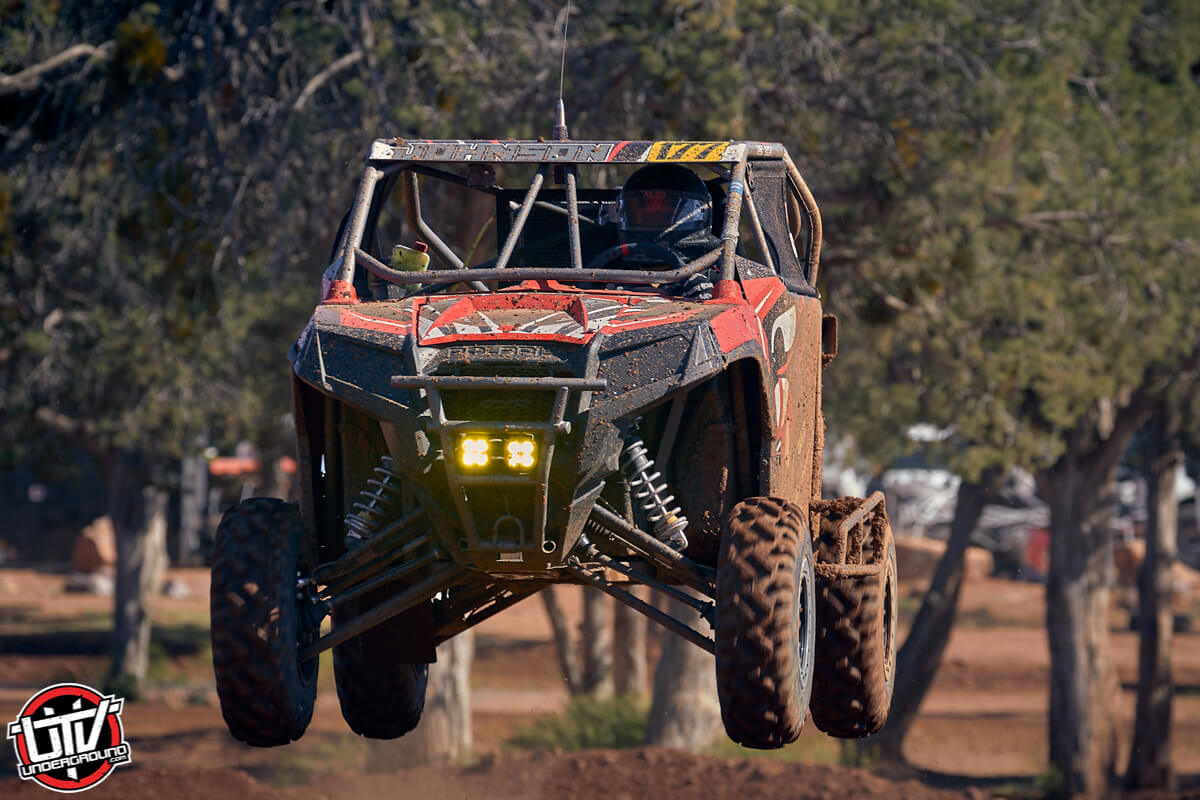 Easter weekend has always been important among the off-road community. In the hot deserts of the southwestern US it typically signals the end of the riding season, as temperatures soar with the approach of ssummer, while in other parts of the country it signals the start of the warm riding season. This year, in the sleepy mountain town of Payson, Arizona, Easter Saturday meant it was time to go watch some racing, as the fourth round of the Arizona Offroad Promotions Rowley White RV Series presented by Four Seasons Motorsports and Cactus Jack’s Auto rolled into town and took over the Payson event center.

This year’s track featured a number of interesting elements including an extended motocross-style section, a couple runs through the cedar forests which define Payson’s mountain landscape, and a section inside the arena which hosts the town’s annual rodeo. The track was designed to reward riders and drivers who could master multiple skill-sets, with elements borrowed from desert racing, enduro riding, supercross, and flat-track. And while multiple water trucks worked to keep the dust down between races, the local fans crowded to the various viewing areas to take in some wheel-to-wheel action on the grand prix course. 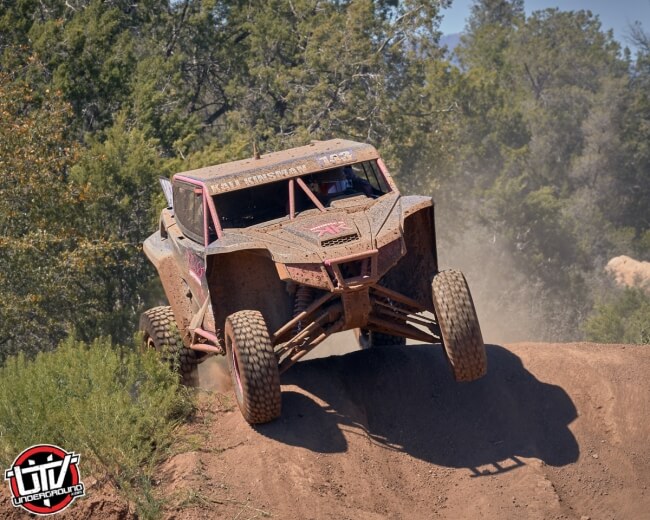 The young racers started off the action on a cool Saturday morning with the 170/250cc UTV’s heading out onto a slightly abridged version of the track. Vincent Riccitelli (17) took the overall and 250cc wins as the only entry in the 250 class. Braden Krah (147) got the 170cc class win and second overall. Ryland Stowell (192) took second in class and third overall, while Erik Alvidrez (116) took third in the 170 class.

With all the other classes done for the day, it was time for the bigger UTV’s to hit the course. First up was the 570cc race, and as always the midsize machines put on a show. Ellie Koester (1901) eventually got the win after several lead changes and a prolonged fight with her teammate. TJ Siewers (57) finished in second place. Ashton Stowell (193) got third.

As the sun sank over the mountains to the west, the final race of the day saw the 18 entrants in the four full-size UTV classes line up wheel to wheel. Clayton Winiecki (901) took the overall win as well as the 1000cc Non-Turbo class win. Jerome Vinagro (1973) took second in the class, and third overall. John Nix (2004) finished third in the class.

In the Pro class it was Kody Winiecki (903) getting the win and second place overall. Don Daley (829) finished second in the class, while Kali Kinsman (143) took third. 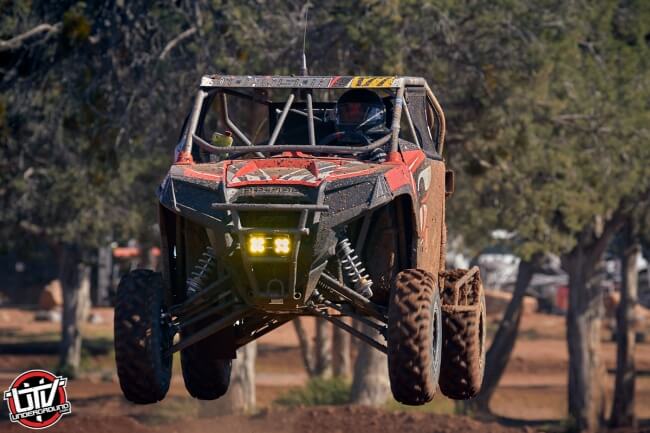 With most of the track having been freshly prepped overnight by the excellent grounds crew, Easter Sunday dawned as another cool and breezy morning perfect for some motorsports. First out for the day were the 570cc UTV’s. Just like Saturday, the racing was close, with lots of lead changes and 2-wide racing on the tight and technical Payson Track. Once again it was Ellie Koester (1901) pulling out the win. TJ Siewers (57) finished just a few seconds later for second place. Grace Vinagro (1910) took third place.

Vinagro sits in first place in the season standings with 159. Koester is second with 123, and Siewers is third with 86. 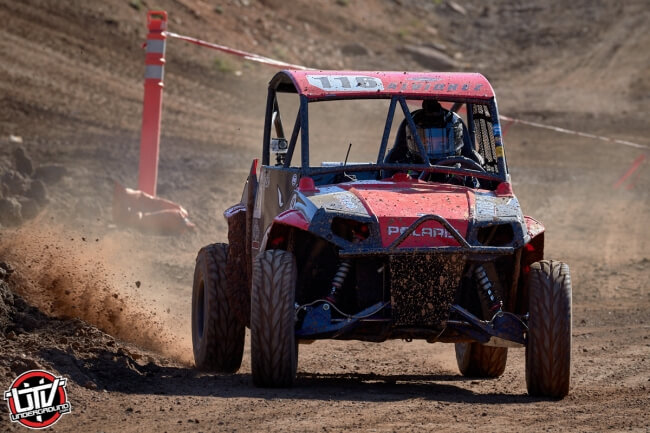 Continuing the 4-wheeled theme, the 170/250cc UTV’s rolled out next onto the shortened version of the course. Braden Krah (147) got the overall and 170 class win. Stevie McLaws (66) took second overall and in the class, while Liam Salas Fisher (115) took third in class and overall.

Salas Fisher is first in the championship points with 147. McLaws is second with 123, and Ryder Wilson is in third with 111.

Riccitelli is first in the season points with (145), while Reid Aikens is in second with 30, and Aaron Cuevas is third with 25.

After one final break to water down the dusty track, it was time for the final race of the day as the UTV’s lined up in the starting area. Kody Winiecki (903) got a strong start and never looked back, putting in an aggressive drive to take the overall win and topping the Pro class podium. Kali Kinsman (143) improved on her result from Saturday and got the second overall spot as well as second in the Pro class. Don Daley (829) took third in the class.

Winiecki holds a massive points lead in the Pro class with 177 on the season so far. Brian Crawford is second with 64, and Aaron Henry is third with 60.

Winiecki is in the lead for the season series with 171, while Striplin sits second with 137 and Nix is third with 102.

De Sousa Dias holds a slim points lead with 115, followed by Hurn with 110 and Hamilton with 104. 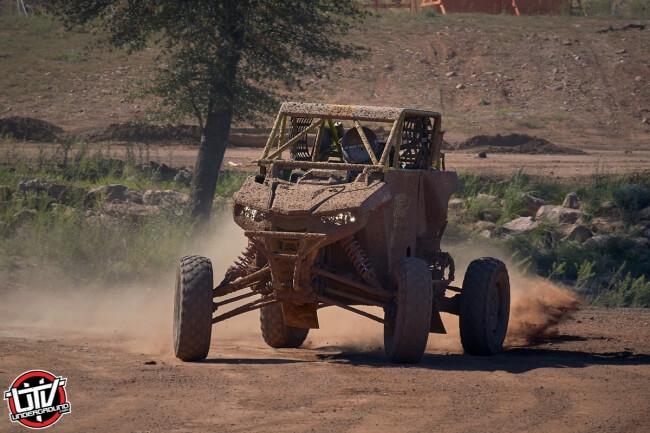 As always AZOP would like to thank all of the sponsors, staff, volunteers, racers, and spectators for making this another successful and fun weekend of racing. For more coverage, videos, and photos or to find out about upcoming events go to www.azopracing.com.