Home All Stories News RZRs Dominant in WORCS Racing for 2012 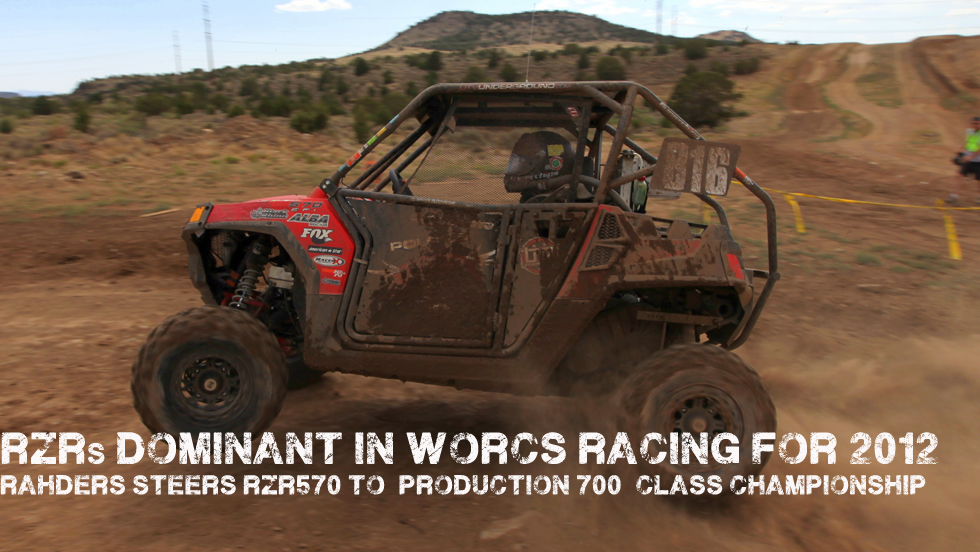 Minneapolis, September 18, 2012-With the WORCS Racing season coming to a close this past weekend in Taft, Calif., at Honolulu Hills, RZR XP 900s ended the season with the top three spots in the “Production 1000” class and a RZR 570 took the “Production 700 Class.”

The “Production 1000” class saw Ryan Piplic take the checkered flag at Honolulu Hills sealing the championship in the class for 2012. RJ Anderson finished the series in second with Beau Baron in third.

Cody Rahders and the Polaris Industries, Cognito Motorsport, UTVunderground RZR 570 set out to show the racing world that the RZR 570 was a capable racer and could beat bigger displacement vehicles due to its ultimate combination of power, suspension and agility. Rahders needed a fourth place or better finish, and when the dust settled, he crossed the line in third and took the “Production 700 Class” Championship!

“What a season, to go from fourth in points to winning the title, awesome,” said Rahders. “There is no way we could have done it without our sponsors, thanks everyone!”

“Polaris would like to congratulate all the winners riding our vehicles,” said Donna Beadle, race team manager for Polaris. “It takes a lot of dedication, time and perseverance throughout the season and it has definitely paid off for these guys. Polaris thanks you for taking our vehicles to the top.”