Home All Stories Press Say it aint so, Cotter Boys go four in a row! 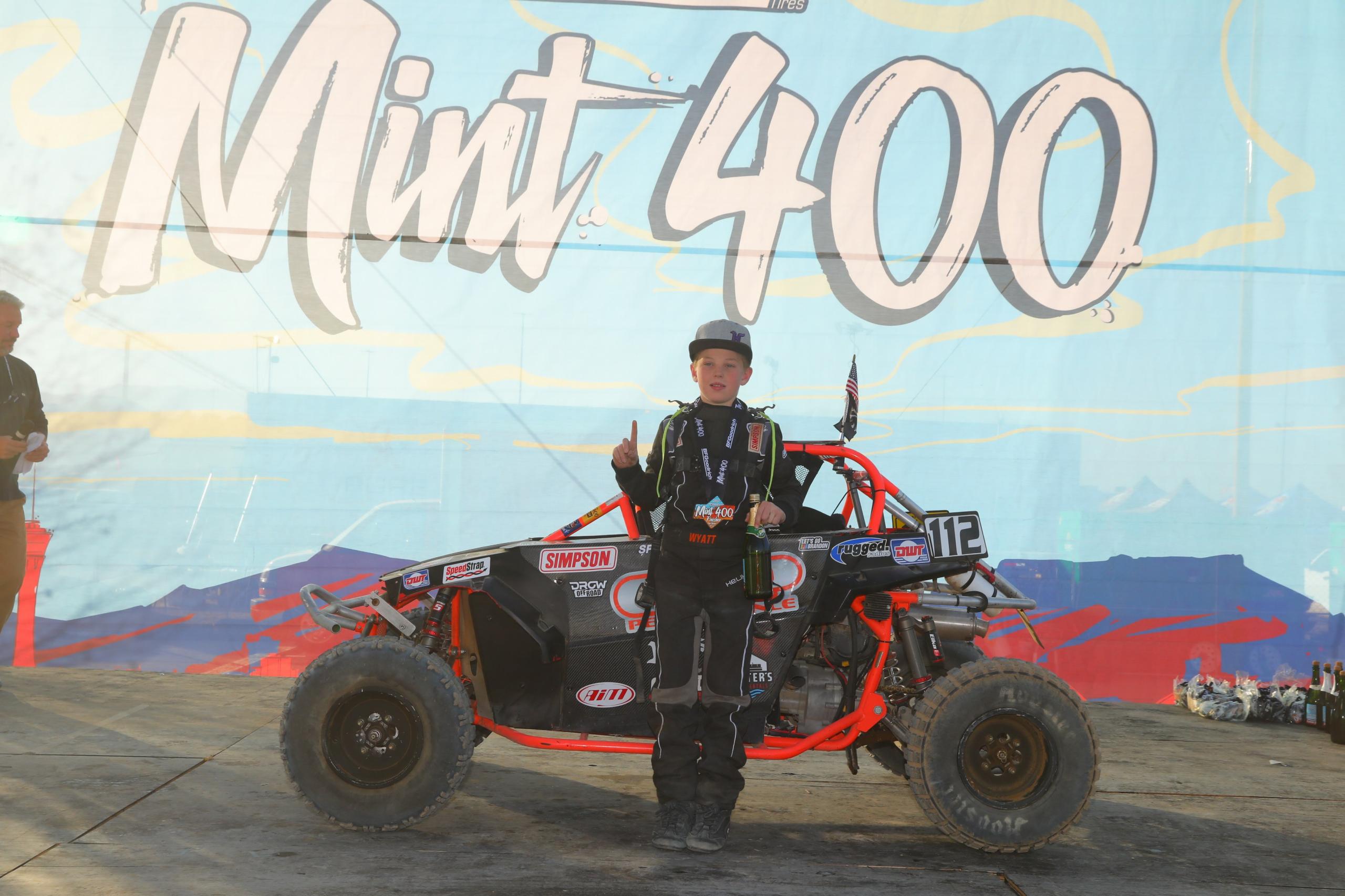 The Cotter Boys, Mason & Wyatt, headed to Las Vegas for the “Greatest American Off-Road Race”, the Mint 400!  Coming off the past three major class wins, the boys were odds on favorites that one of them would make it four in a row.  The weekend started with a festive and fun vendor’s contingency row where the boys mingled with sponsors, potential sponsors and race fans as they weaved their way to technical inspection.  The boys started the race in row 3 of 3, so their work was cut out for them.  It was not long before Mason took over P1, while Wyatt battled behind in P3.  Mason dominated the field until a suspension component failed in the large sweeping turn, sending him for a wild 2-roll ride. After landing on all fours, Mason tried to continue but the damage to the car was too great, handing P2 to another driver.   It did not take long for Wyatt to catch up and make the pass on the new P1 driver to take the class lead for his own and finishing 1st in class, 2nd overall!  As always, the boys would like to thank their sponsors for the support.