Home All Stories News Scott Yancey Takes on The UTVWC 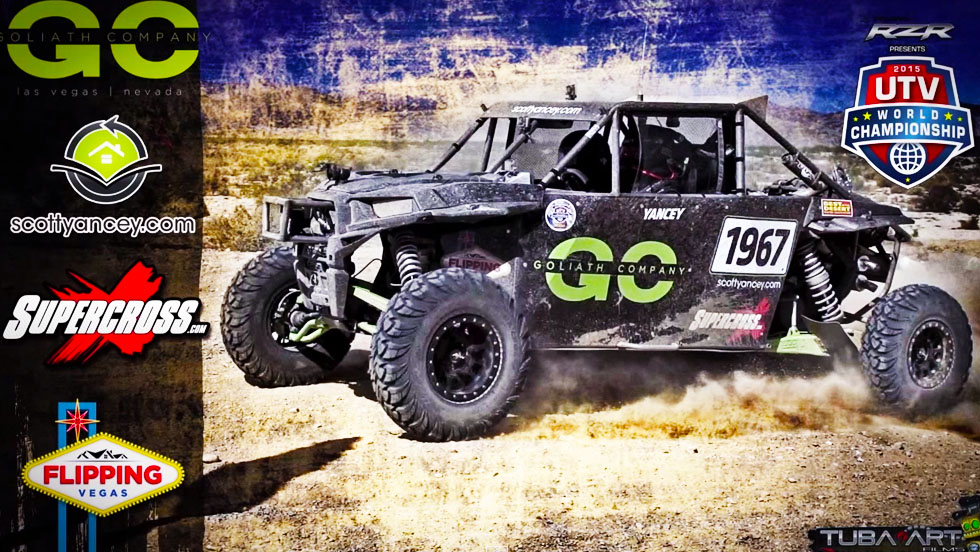 Scott Yancey is no stranger to pressure. If you have ever seen him in action on his hit reality show Flipping Vegas, then you know Yancey is used to every kind of twist and turn life throws at him. You would think a guy who lives every day as a surprise and emergency would want to spend his free time relaxing, away from pressure and stress, but guys like Scott tend to thrive on the challenges thus making him the perfect person to go off-road racing.

Take a ride with Scott Yancey in his #1967 Goliath Company / Supercoss.com Polaris RZR built by Cognito Motorsports as he takes on the 2015 Polaris RZR UTV World Championship Presented by UTVUnderground.com!

Video courtesy of our friends at Tuba Art Films.