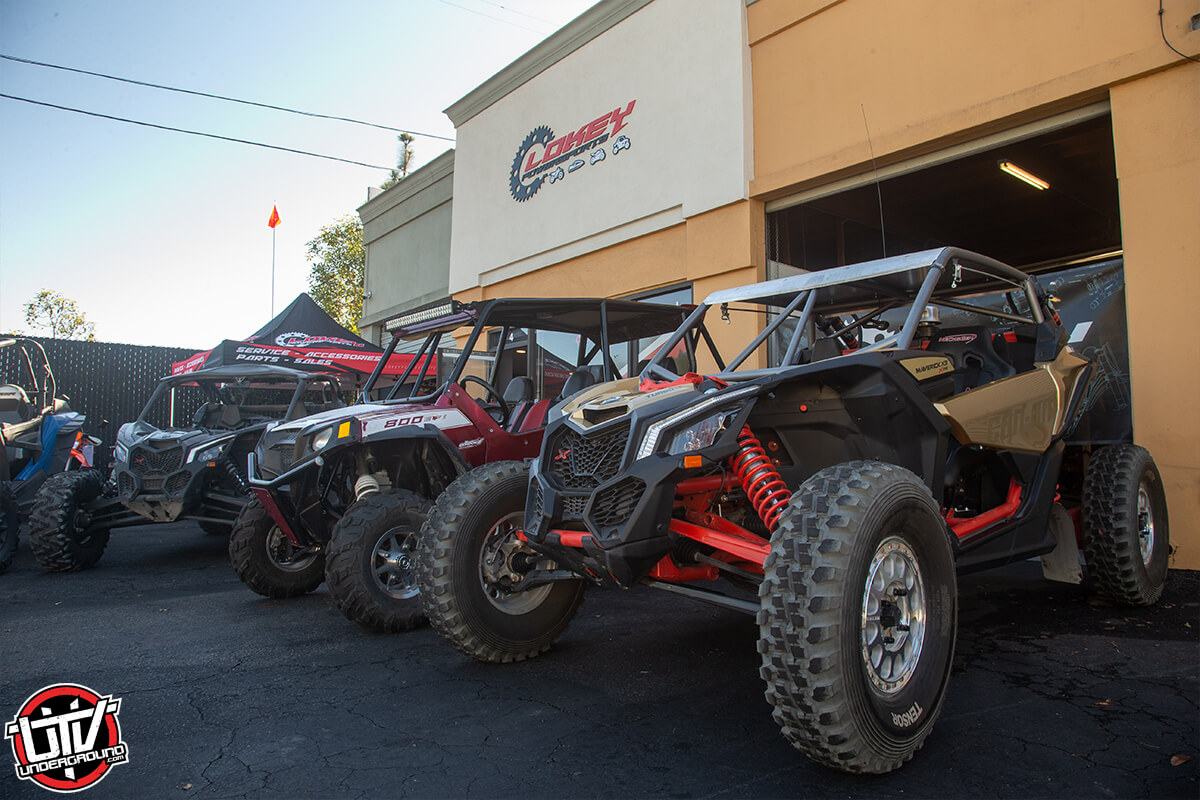 Lokey Powersports may have only come onto the scene this summer, but the Escondido-based shop has stayed busy from the second the doors opened in August. Led by founder Randy Lokey, who boasts more than two decades of experience in the industry, the independent dealership is built on the ideals of great customer service and doing things right the first time, and UTV service is a key part of its mission.

We caught up with Randy earlier this month to learn more about Lokey Powersports, some of the builds they’ve got in the shop right now, and his plans to keep growing. Be sure to check out our full gallery at the end of the interview!

First things first—tell us a little bit about your background. What got you started in the industry?

What got me into the industry is, I grew up racing motocross. So that was my background—ever since I was about eight years old, going to races, just being a part of motocross, going outdoors, and camping. With that came working on all of our own stuff. I was a pretty good racer, so I always tried to have a better motor, a better engine, and a faster bike. As I got a little bit older, motocross took a backseat, but I wanted to keep my passion my profession. So I went to MMI, graduated with Yamaha and Honda certifications, and after that I’ve been working in the industry for about 21 years now. That eventually led into me opening my own shop. I still have a passion for riding and racing, and I still have my dirtbikes, but those have taken a little bit of a backseat and I’ve gotten into the side-by-side world a little bit.

When did you know what opening your own shop was the right move for you?

At all the dealerships I worked at, they just don’t pay well, but if you put yourself in the right position in the industry, you can make a good living at it. That’s how I knew that working as a mechanic at a dealership wasn’t going to cut it. I was probably two years out of school at the first dealership I worked at—I was one of the bay techs, one of the best techs they had, and there was only one other guy that I worked under. He was a 31-year tech at that one shop, and he had never worked anywhere else. I knew his wages, and that was when it hit me that I had to better than that. I had to step it up and try to take things to the next level. 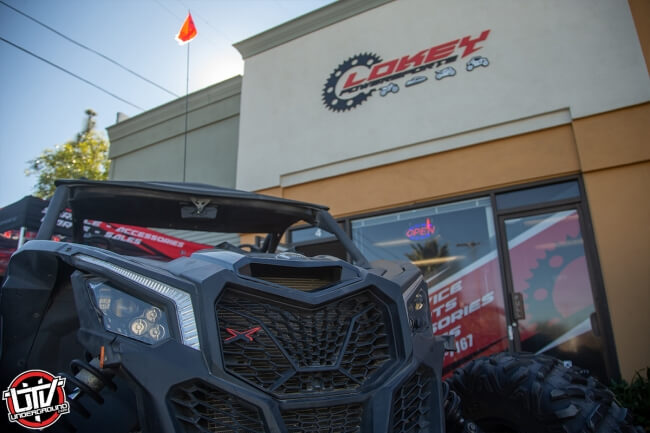 What makes Lokey Powersports unique compared to all the other shops out there?

This is easy for any other shop to say, but I feel passionate in my heart about it: customer service. Since I moved to California, I started working as a private mechanic for some amateur motocross racers, and you get that one-on-one relationship with a person. I’m building their motors, building their bikes, and I want them to win almost more than they want to win themselves! So it’s that care about my riders, that care about the engine that I’m building.

The second answer is my experience. I don’t want to sound like I have a big head or I’m tooting my own horn, but I am good at what I do. I’m really good at building these motors, really good at not having comebacks and catching problems before they start, things like that. I don’t know what it is, but rebuilding, making things better, doing machine work, it all just kind of clicks with me, and I think that’s what makes us better than anyone within a hundred mile radius of us.

Another thing that we’re really proud of here at Lokey Powersports is having Dave Mendoza as our lead side by side tech. I truly believe that, aside from myself, I have one of the best side-by-side techs in the whole industry. He’s been a blessing—he’s really good at what he does, as well as passionate. We’re going out on the weekends, we’re having fun with our customers, we’re trying to work on our clientele so we can get some bigger builds in here and start getting our name out in the industry a little bit more.

What can you tell us about your shop space and how you’ve laid everything out?

I built the space to be able to do projects on side-by-sides. Obviously, motorcycles are our background and a big part of what we do, so we have three motorcycle bays. Since we started, we haven’t had an empty bay yet, which is wonderful! But the rest of the shop is laid out to do two or three projects at a time, and I’m talking big projects—full race prep, roll bars, builds, lights, accessories for side-by-sides. We really are equipped to take that on.

We’re not the biggest shop, but I do believe we’re going to outgrow what we’re in by the end of the lease year. I also have a tech station where we can plug in and tune the side-by-sides—we have a lot of experience with power commanders and tuning. We have a car lift, so I’m able to get in and out of the side-by-sides quickly and efficiently, and we’re not working on the floor. We’ve got our tire machines. We’ve got a very well-equipped shop. 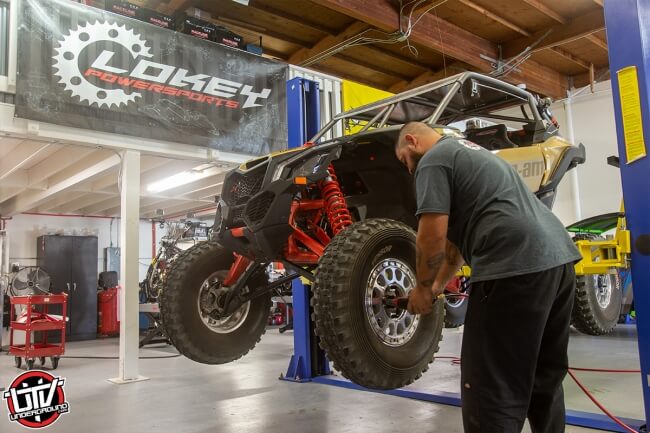 What can you tell us about some of the projects you’ve got going in the shop right now?

We’re working on a Can-Am X3 that’s a budget based project—we’re doing a little here and a little there, but we’re getting it ready to race in sportsman and stock classes. He’s entry level into it, getting a little bit older, he was a motocross guy. We’ve done the cage, we’re doing his chase lights, we’re getting ready to put a GPS system and a tablet in it. I wish that we had more pictures to show of the full build, but it’s a little bit slower as it’s budget based. When he gets a little bit of extra money, he’ll bring it in and we’ll do a little project.

How about your own projects—is there anything you’re working on for yourself?

Right now, I have a Polaris RZR, but it’s not race-prepped. That one, again, is budget based—priorities at the shop have taken over that. I’m really trying to get my car built so we can do some racing and go to some of these events like the Mint 400 and the local races out here on the west coast. But we’re a brand new shop—we’ve been here four months, and so there hasn’t been a lot of time to get much deeper into these projects.

Finally, any parting thoughts for our readers?

Our slogan at Lokey Powersports is “When it’s worth doing right the first time.” We do a good job, we’re proud of our work, we’re confident in our work, and above all, we’re passionate about it too. I don’t want to just service your clutch or throw on a set of wheels. We take that extra step and the extra time to go the extra mile for you.