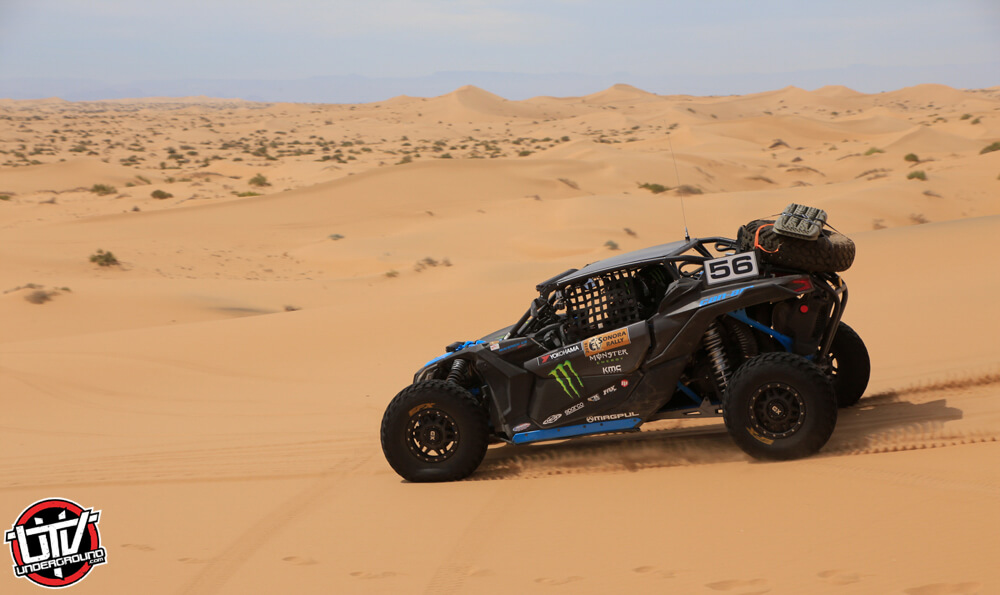 For the 2019 Sonora Rally the “Road To Dakar” prize will be given to the winning UTV competitor. The winner will receive a free entry into the 2020 Dakar Rally worth $33,000. With new regulations and their own division, UTV’s are becoming the fastest growing class in the Dakar and we are looking forward to adding a number of these competitors to the Sonora Rally field this year. With the likes of Casey Currie, Kellon Walch, Scott Steinberger and Dave Sykes already committed, plus a few more surprise competitors, the 2019 Sonora Rally will sure to have the strongest UTV field yet.

“We are thrilled to once again be working with Sonora Rally to help promote the Road to Dakar, and the sport of rally raid in North America. With the growth of the SxS class at the 2019 Dakar, combined with a strong group of US competitors, we are excited to see who will be the first Road to Dakar UTV winner at the 2019 Sonora Rally,” said Xavier Gavory, Deputy General Manager, Dakar Rally.

Each year organizers spend countless hours searching out and designing new routes to excite their competitors. This year the stages will once again include the magical Sonora sand dunes, but also new untapped back roads and beautiful coastal trails. The registration and departure of this years Sonora Rally will take place from our original home, San Luis Rio Colorado, where racers can expect to get their traditional warm welcome. New for 2019, the entry fees will now include five full race stages, all bivouac meals and an upgraded insurance program for racers and support crew. Also, for the first time, the Sonora Rally will finish in the state capital of Hermosillo. Located a short three-hour drive south of Nogales, Hermosillo is a dynamic modern city with a strong automotive industry. Surrounded by Sonoran desert and voted one of the five best cities to live in Mexico, Hermosillo is excited to host the 2019 Sonora rally finish line festivities at the eclectic Parque La Ruina. 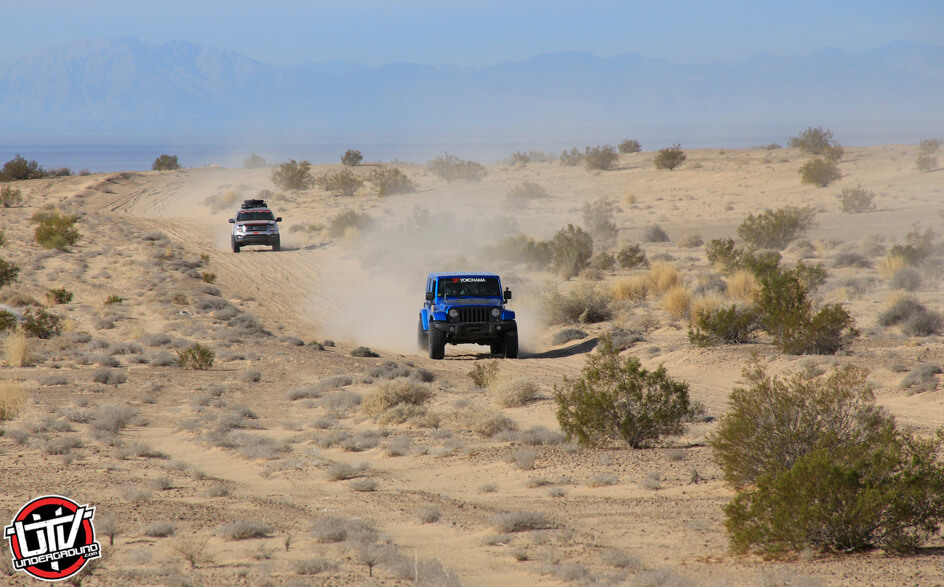 Adventure Raid is intended as an introduction to navigation rally without the stresses of racing the most extreme terrain. It is a guided trip, designed for street legal 4 wheel drive vehicles (Raptors, Jeeps and Overlanders) and adventure motorcycles (BMW GS, KTM 950, etc.). Participants will be running paved and dirt roads mostly parallel to the racecourse, with occasional intersections with the rally stages to provide opportunities to view the action. Navigate by following the guide and provided GPS tracks. With no running at race speeds and no scored results, the trip is designed to run at an easy pace in order to enjoy the scenery and the unique Sonora Rally experience of new adventures and nightly bivouacs. 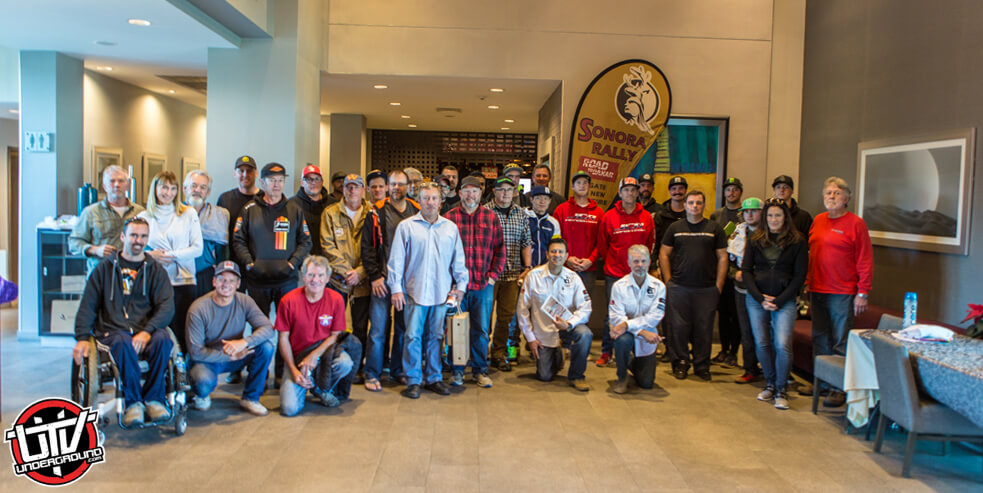 Recently Sonora Rally held a sold out navigation training school in San Luis Rio Colorado, Sonora, Mexico. The school has been touted as a great training ground for racers heading to the world famous Dakar Rally, but is also a perfect introduction for anyone interested in the Sonora Rally and trying roadbook navigation for the first time. 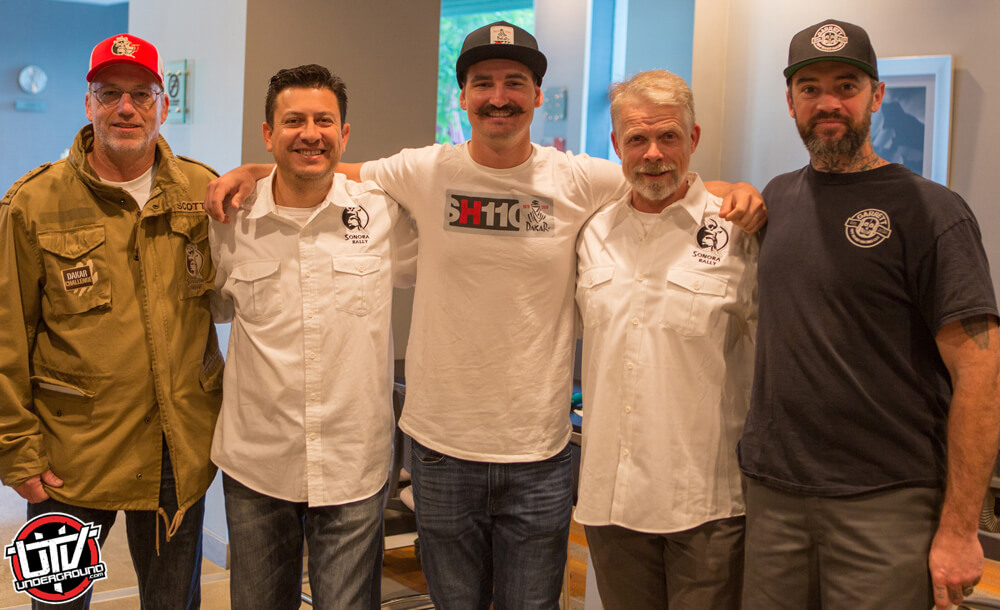 HRC’s Ricky Brabec and Johnny Campbell came out for three days of Dakar training prior to the school and stayed to assist once the others arrived. Skyler Howes, winner of the 2018 Sonora Rally Road to Dakar prize, and teammate Garret Poucher, were on hand to hone their skills before heading to South America. Dakar competitors Blade Hildebrand, Kellon Walch, Cole Potts and Max Eddy Jr. also attended for some last minute practice on the massive dunes of San Luis.

Sonora Rally and its’ fans look forward to following Sonora Rally veterans in this years Dakar. Apart from those already mentioned these also include UTV racer Casey Currie, motorcycle racers Andrew Short and Angelo Vleck and Bill Conger, who will be navigating on Robby Gordon’s three-car team. Good luck to you all and see you in Sonora 2019.

In order to be eligible for the UTV Road to Dakar prize, the entrants must be new competitors to Dakar. Please check all the applicable regulations published on SonoraRally.com.