Home UTV Racing Sonora Rally – SS5: Glory Is the Dish of the Day 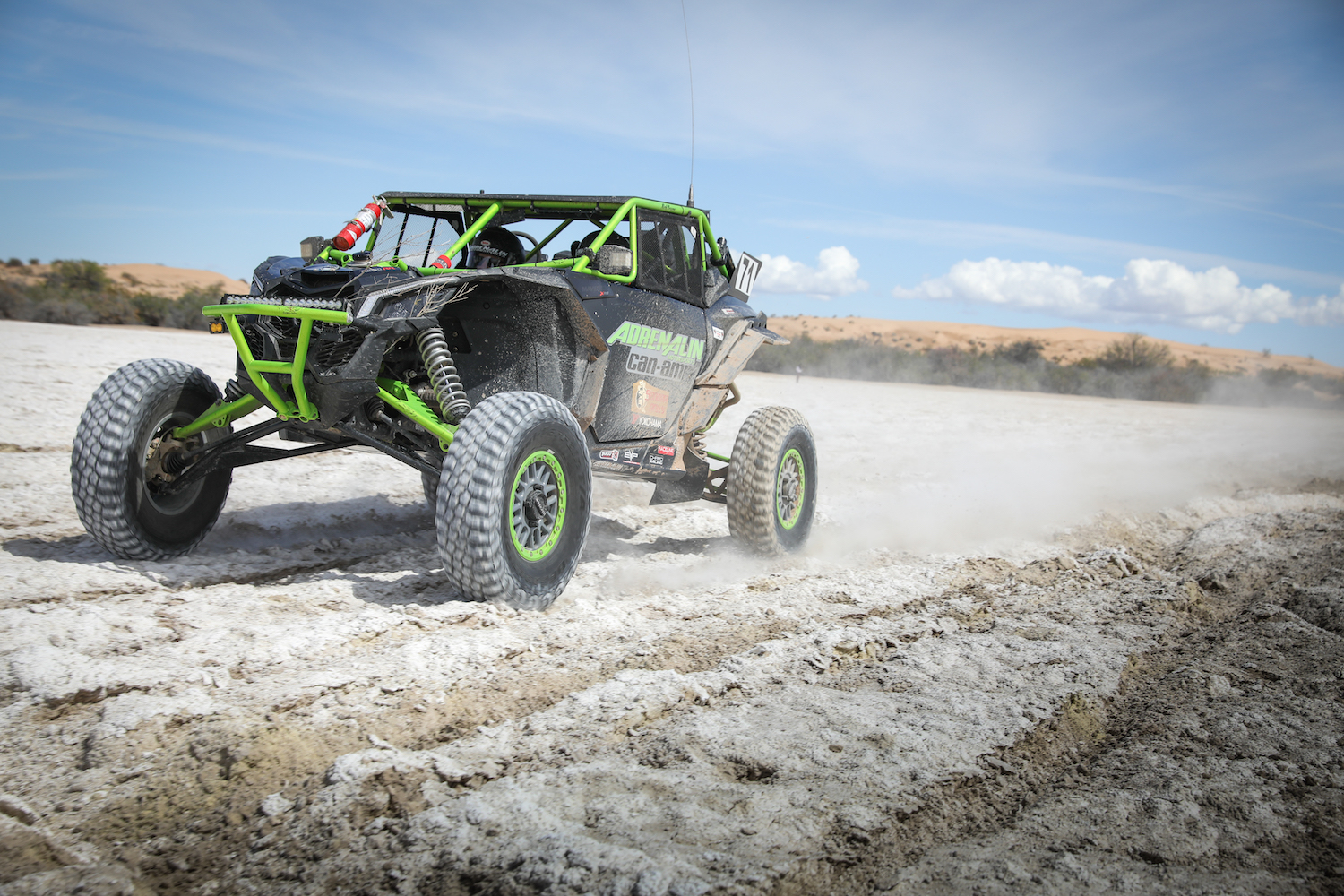 Some events might go easy on you for the concluding stage. Throwing in a special because something should happen before the awards ceremony. A fast 100 kilometers to the podium – as if the winner has already been chosen and racing just helps delay the inevitable drive home. Or a loop through the same tired old route meant, instead, to just wear you down before you leave. There’s not always balance, sometimes no point. But the 2020 Yokohama Sonora Rally, presented by Method Race Wheels, is different (in so many ways). Their grand finale was a hand-selected Sonoran smorgasbord set out on a platter so pilots may sample a little of each challenge they had devoured each day. Special Stage Five culminated into a mix of obstacles from start to finish, as if the organizers planned a genuine competition. Who’d have thought? Co-Founder and Race Directory, Darren Skilton, “…wanted this stage to be as demanding as the others. Give everyone a chance to change their fate one last time.” And a few of them did.

Moto Pro, Privateer Skyler Howes (2), who had been at the top of the scoreboard most of the week, won Second Place in the round and overall. He described the first section through flood plains as “very fast, and, actually, pretty flooded” after all of the recent storms. “The navigation was already tricky in those areas because there are so many trails to choose from. Then, adding in all the small bodies of water and mud made things extra exciting!” The next part slowed things down, just a tad, as the fight entered the sand. Low and still fairly quick, the washy expanse soon grew to enormous heights, taking this struggle to the “big dune.” Unlike many perfect training grounds around the world, North America seems to have a real shortage of Dakar-style, pee-your-pants at the crest, dunes… Except in the Altar Desert. Here not only are the sands tall, but they expand a vast amount of countryside covering much of the upper most parts of Sonora. Ricky Brabec (1) was leading out the ride, and even encountering a mishap with barbed wire later in the stage, he secured a solid victory ahead of Howes, his worthiest of opponents. There’s film footage of the 2020 Dakar Rally champ slicing across a steep wedge of beach precariously dabbing at the ground to stay upright. “He was going full gas and nailed the navigation, which is really hard to do, so I’m super impressed,” Howes said of Brabec. “I’m just glad I could keep the pressure on and make a race out of it!”

“2020 Sonora Rally was really great for me, the team, Honda, Monster – everyone. Personally, I like this event after Dakar. [It] kind of puts you in the spot, seeing where you’re at as far as speed, navigation… And it’s just great to be here learning and always improving. Personally, the event is really nice. It allows a lot of people to feel the rally experience and kind of get a taste of what the Dakar would be like. You know, this rally is a little bit more laid back, with a little bit later start times, so it makes it really, really fun! It’s a family style event in my opinion. You get to ride all day, hanging out with everyone, no stress, and…that’s something I really look forward to coming off the Dakar – not going directly into training. Now that this is said and done, we’re going to go back home and figure out where we slacked, then work on that. Better ourselves for the next Dakar Rally. Obviously, I’m going to be back for the next Sonora Rally schools, and we’ll be back for 2021 Sonora Rally, hopefully, more people will also come and enjoy the experience. I know next year I’ll have a teammate or two joining. Unfortunately, this year, had the Coronavirus, and a lot of people stayed home. But it is pretty cool being here, and it (the Sonora Rally) being the only real event going on in the world right now – especially in motorsports.” – Moto Pro 1st Place Winner, HRC Factory Rider, Ricky Brabec (1)

Brabec and Howes aren’t the only riders to have an incredible race. Dakar and Sonora Rally vet, Bill Conger (9), just wanted to beat “the other old guy” in the running and outdid himself by landing himself the 3rd step in the championship. “It was a great rally. [I] rode solid for four days. The fifth day was rough (I ate shit big time). And Stage Three I survived getting stuck in barbed wire…” yet his skill, quick wit and determination put him not only in front of another “old guy” but the rest of the pack. All the while, Moto Pro rookie Mason Klein (11) kept a tight grip on Third in Class for a fourth day in a row. Had he not made a mistake which cost him 6 hours on Monday, it would likely be him in the Winner’s Circle. But maybe that’s the difference between generations – the learned versus those yet to be learned. And this week, Klein learned a lot. “I had an amazing time at my first rally. I’ve been looking forward to this event all year. It’s awesome to chase the best in this sport!” He took his mistakes in stride and thanked the rally for “putting on an epic event.” But next year, we have a feeling be coming back with newly acquired knowledge which could put him up against the best of them. Wes VanNieuenhuise (5) was also quite a sight to behold. Known in the off-road motorsports circuit for his graceful command of the monster sized ADV bikes – for suitable for a road trip with your Butler Maps – made a tremendous display in the contest. Supported by Rottweiler Performance and Cyclops ADV, VanNieuenhuise sealed the deal on a KTM 790 concluding the week 1st in the Adventure Class, 5th in the stage and 4th overall. Baja veteran, Colton Udall (4) gave hell to the Pro class, and even without clinching victory in the General Standing, he won the coveted Road to Dakar event, giving him the opportunity to enter the notorious Dakar Rally in 2021, for free!

UTV’s faced many of their own hurdles on the last day. Thought to be out of contention after SS4, a valiant effort by George LaMonte and Tony Albono (65) had kept them wheels down and moving along the course until their Yama-Raptor gave into yet another malfunction causing them to accept disqualification.  The larger set of dunes put Car number 64, helmed by PJ Jones & Kyle Vestermark, into a literal downhill spiral twice before fate would allow them to finish. The second time, they were helped by Luis Pelayo & Abelardo Ruinova, who themselves had a devastating roll over the stage prior appearing to be the end of this Mexican National team. But they manage to limp over the finish line, preventing the dreaded DNF. Not only was it nothing short of a miracle that they raced the final stage, but Pelayo and his co-pilot swept through the competition to ultimately obtain the 1st Place overall title of Sonora Rally Champion. Not to mention he earned free entry to the infamous Rallye du Maroc in October from conquering the UTV Challenge.

“[The other day], the Sonora Desert tried to beat me… it hit me very hard and almost destroyed my car, but I managed to complete the stage. Tomorrow [Special Stage Five is revenge day, so I’m prepared to dominate those imposing Dunes!” – UTV Pro 1stPlace Winner, Luis Pelayo (63)

A familiar figure in many desert racing series, Sara Price and her navigator, Kellon Walch, (78) went through their fair share of setbacks, running out of gas, among other things, in the latter leg. But still, they remained calm and diligent (traits of a true winner) despite it, which took them straight to, in Price’s words, “first loser.” But loser is hardly a word to use for the dynamic duo whose constant presence in the top spots are evidence of their caliber, even during Price’s first rally raid.

“Sonora Rally was an incredible experience. I’ve never raced anything like it in my life, and I look forward to doing more of it. We had a blast in every stage, being competitive in every stage with a bone stock Polaris Razor. Kellon Walch being an experienced navigator helped me out tremendously learn the ropes. We felt really good. Some mechanical failures, and penalties set us back for the win, but we are overall very excited about the outcome, and the experience of the rally!” – UTV Pro 2nd Place Finisher, Sara Price (78)

Meeting at a large crossed stuck in the top of the tallest mound in eyeshot, the Dunes Highway adjusted the tone one more time that day. The grainy hills dropped in elevation but picked up in pace. Damp, extra tacky sand made for a swift, flowing runway, and vessels took off for one last high speed chase – something these athletes all live for. The spectacular beauty of Sonora magnifies with the wet earth adding depth to an already amazing vista. Although, it does offer several unforeseen difficulties, like plenty of blind rises which mask the sharp cuts on the other side of a summit. Pilots needed to stay focused, and use a keen eye, to make it to the cakey, grey lakebed marking the home stretch. Monkey Business teammates Oscar Ramirez & Marc Kola (77) sailed across the waterless body, now a salty muck waiting to trap the unsuspecting machine. Their persistence throughout the race is why they stood before the participants at the post-race party, holding up a 3rd Place trophy.

Although some of outcomes came as no surprise to the viewers, the journey from Hermosillo to San Luis Rio Colorado presented endless twists and turns and thrills for everyone involved. The drive across the border will be bittersweet. Snapping out of a dream – a little sanctuary from the madhouse back home – reality will find us too soon, leaving all the blood, sweat and sweet, sweet glory to fade into the distance. The 6th edition of Yokohama Sonora Rally, presented by Method Race Wheels, stood up against the odds, and gave motorsports fans one last saga, the final buffet spread of roosting, engine noises and three feet of suspension, to satiate our hunger before who-knows-when it’ll be fed again. One can only hope we don’t starve to death before our next legendary meal.

Sonora Rally will be posting results on the website after every stage each night under “2020 Edition” tab. Or check into the “Rally Center” every night for the Provisional Standings: https://rally.center/my/results/2020-Yokohama-Sonora-Rally-overall-raid.htm

Road to Dakar Top Five Results as of SS4

Story and photos courtesy of westx1000.com and Sonora Rally 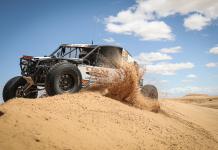 Sonora Rally – SS4: What Goes Up, Must Come Down 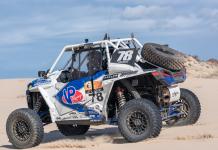