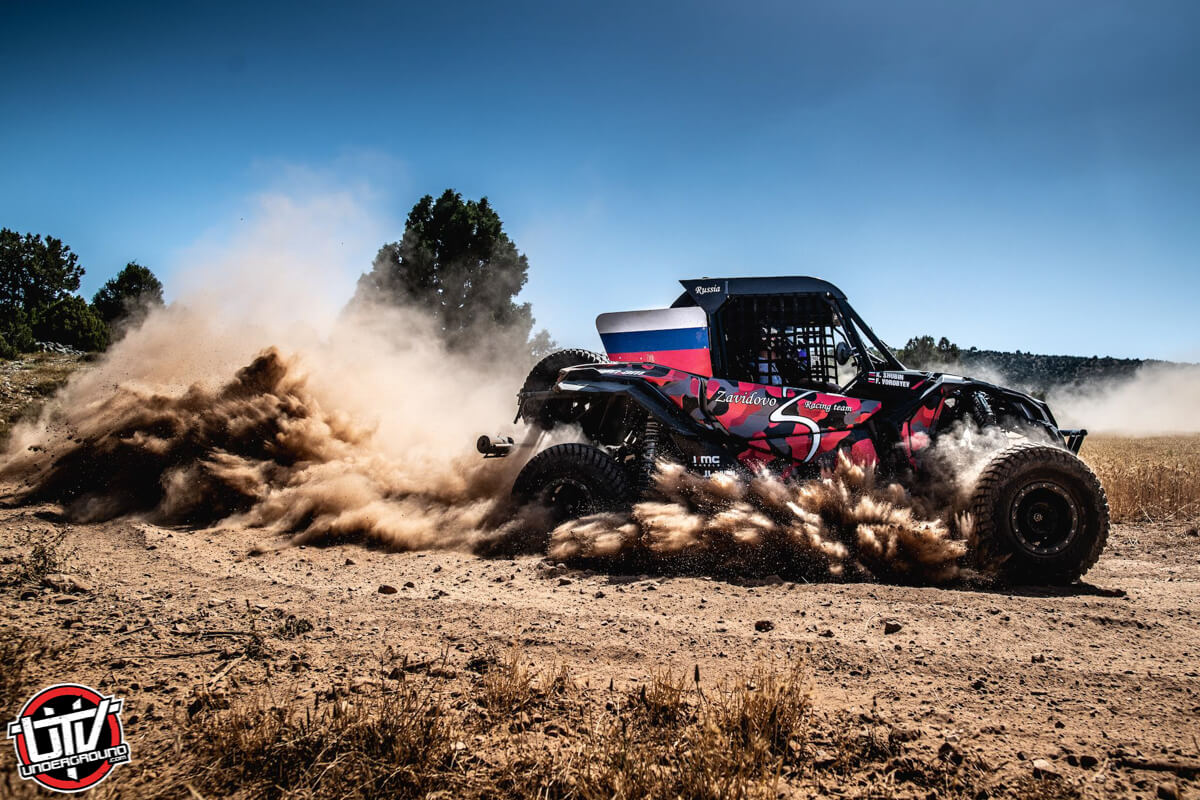 The South Racing Can-Am Team brought all four of its Can-Am Maverick X3s to the finish of Baja Spain Aragón, round four of the 2019 FIA World Cup for Cross-Country Bajas, on Saturday afternoon.

The quartet of drivers survived the rigours of dust, intense heat and the demands of a wide range of brutal Spanish terrain to reach the finish of the event in Teruel.

Despite a time penalty after a flat tyre, Oman’s Abdullah Al-Zubair led the way for the South Racing crews with sixth overall and the FZ Racing driver was followed to the finish by Russian Fedor Vorobyev, Andorra-based Russian Ilya Rouss and Argentina’s Adrian Yacopini in seventh, eighth and ninth overall. Spain’s Santiago Navarro won the category by just five seconds from Russia’s Aleksandr Dorosinskiy in two more Can-Am X3s.

Vorobyev and navigator Kirill Shubin ran under the Zavidovo Racing Team banner. They began the race a point behind Michele Cinotto in the championship standings but seventh place means that several of their pursuing rivals were able to close the gap at the top of the rankings after four of eight rounds of the series.

The time loss for Oman’s Al-Zubair and co-driver Faisal Al-Raisi cost them a higher finish after the puncture, but Rouss and fellow Andorra-based Russian navigator Anton Yarashuk enjoyed their first taste of the Can-Am experience to gain a valuable debut result. Yacopini and fellow Argentinean co-driver Ricardo Torlaschi slipped behind the Andorran duo on the penultimate stage and finished ninth.

”It was another good race for the team with Fedor still well in contention at the top of the championship,” said South Racing Can-Am Team’s Scott Abraham. “Abdullah showed some strong stage times but, unfortunately, he had a puncture and a tyre that wrapped around the rim that cost him a lot of time. They showed how competitive they could be against the rivals in the class.

“Ilya and Anton had a good first race with the team and brought their car home and Adrian and Ricardo also faired well in the fourth of our Can-Ams to make the finish.” 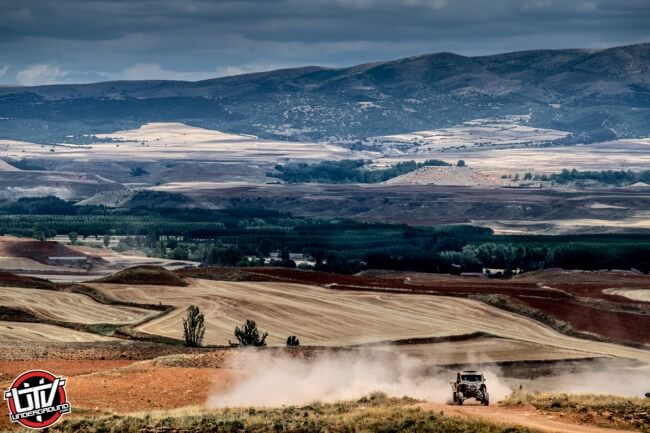 Action got underway with a slightly modified opening selective section of 164.78km. Dorosinskiy clocked the quickest time of 2hrs 19min 08sec to take a slender lead of just one second over Gerard Farres into the afternoon’s shorter section of 86.74km.

The South Racing quartet of Al-Zubair, Vorobyev, Rouss and Yacopini finished the opener in fifth, seventh, eighth and ninth places in the T3 category after Vorobyev had lost a lot of time midway through the stage.

The second timed section of 86.74km ran in the heat of the afternoon sun with temperatures up in the high thirties Centigrade. Al-Zubair, Vorobyev, Yacopini and Rouss held sixth, seventh, eighth and ninth overall heading into the overnight halt in Teruel.

The shorter of the two selective sections was repeated on Sunday morning and Navarro extended his overall lead over Dorosinskiy with the quickest time. All four South Racing Can-Ams safely negotiated the challenge with Al-Zubair clocking the fourth quickest time to maintain sixth in the rankings, followed by Vorobyev, Rouss and Yacopini.

The Omani had also incurred a 10-minute time penalty the previous evening. The quartet stayed clear of serious trouble on the last special to consolidate their positions in the final T3 standings.

The next round of the FIA World Cup for Cross-Country Bajas takes place in Hungary on August 9-11.