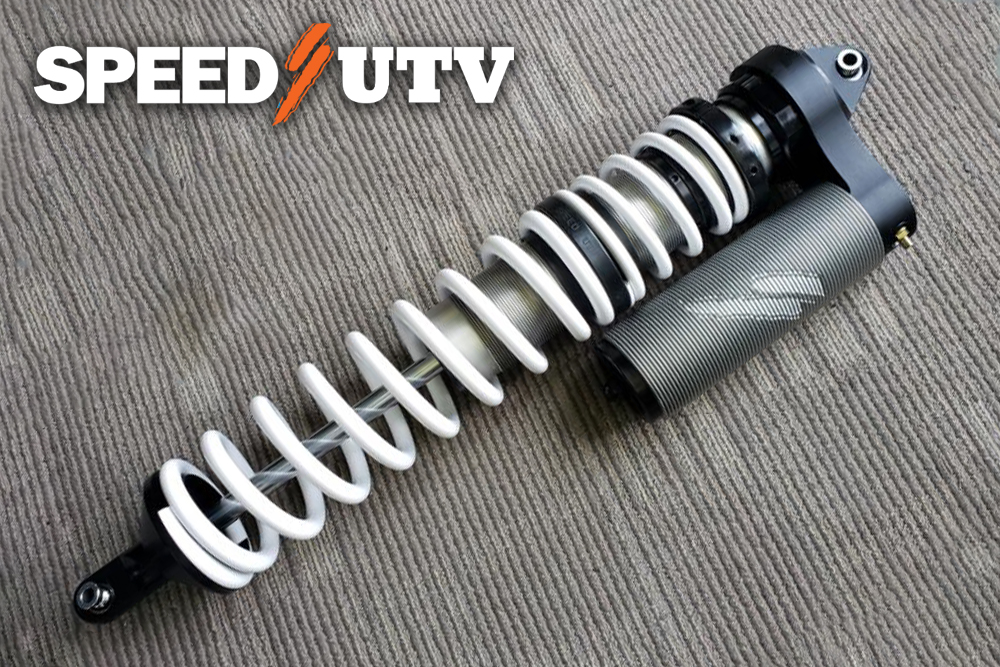 The one thing I particularly enjoy about the way Speed UTV is handling the build out of the very first Speed SXS are the weekly live streams. Sure, the final car isn’t done, the fancy commercial with rocks flying hasn’t been filmed, the photos of Robby Gordon ripping around the brand new Speed UTV side by side aren’t all touched up and released, instead they’re going back to the basics.

An hour long live stream, a presentation and a phone number to call in and ask Robby Gordon questions directly.

This isn’t the typical protocol for any company that mass produces anything. Usually you’d see rumors of a new year model release floating around the interwebs, but instead here you get to see the bread being made.

It’s not for everyone.

There are doubters, there are believers and there are those who are casually optimistic about getting to watch something with great potential being developed week by week, tube by tube, part by part.

The first Speed UTV functional shock prototypes are here and they are ready for testing. This isn’t the first rodeo for Robby Gordon, since the 1990’s he’s been making internal bypass shocks.

Speed UTV shocks are 3.25” internal bypass, with a 12” stroke, they’re built in house, you have externally adjustable compression and rebound as well as 360 degree clockable piggyback reservoir. The shock is all aluminum except for the steel shaft.

So when you’re at in Glamis and you know you’ll be airing out your Speed UTV, to make the ride a bit stiffer it’s as simple as turning a couple of valves on the shock.

A common question seen at Speed UTV is why not design something like Ride Command?

Inspired by Stadium Super Truck, the oil dry sump has been revised for the Speed UTV. The internals send the oil to the bottom through baffling tubes, and knock the foam out of the oil. The capacity of the oil sump is enormous in UTV standards, the dry sump alone will hold 1.5-1.6 gallons of oil, keeping the oil cool for the motor and turbo.

The oil dry sump will be a forged part and made out of steel, making it that much more durable and ready to take on the elements.

Speed UTV announced the first few accessory packages they’ll be offering, prices are yet to be announced, but here’s what we know so far.

In the Speed UTV Trail Kit Package, you’ll get a tie rod, axle, tow rope, tire and wheel along with a jack.

When you put in the Speed Key how to do you change the primary clutches to stay in the power?

Is the heat exchanger for the turbo integrated into the radiator?

No. The heat exchanger is not integrated into the radiator. Instead the heat exchanger sits in front of the main radiator, and cools the water down that’s used to cool the air coming out of the turbo.

For the winch mount, will there be a space inside the grill? Tabs inside?

Yes, there will be a straightforward process to mount a winch. There will be a place to mount the winch below the hood of the car, you will have to change out the grill, but the winch will sit hidden and out of sight without scarifying approach angle.

Speed UTV is working with a supplier to secure a winch. Because the Speed UTV will weight a little more than the side by sides already on the market, it will need a little bigger winch. Robby Gordon mentioned that Speed will be offering a 6,000 lb winch as an option, the winch will come with a fairlead and synthetic winch cable.

Can I run E85 without the speed key?

Yes, but the computer will not add any boost.

Not yet, but soon there will be more announcements to the race car program.

Yes. The gear box is a sequential shifter. So let’s say you’re driving in 1st or low gear, you’ll need to push the shifter up once to get it into neutral, and then push it up once more to get it into reverse. Keep in mind, every-time you push or pull the shifter to shift, the shifter will return to the middle.

Stay up to date on our Speed UTV News Page, make sure you check out our Speed UTV article with all the details we’ve got. If you’ve got any questions, get a hold of Speed UTV on Facebook and Instagram to have your questions answered.