Home All Stories News SR1 Class Back At LOORRS 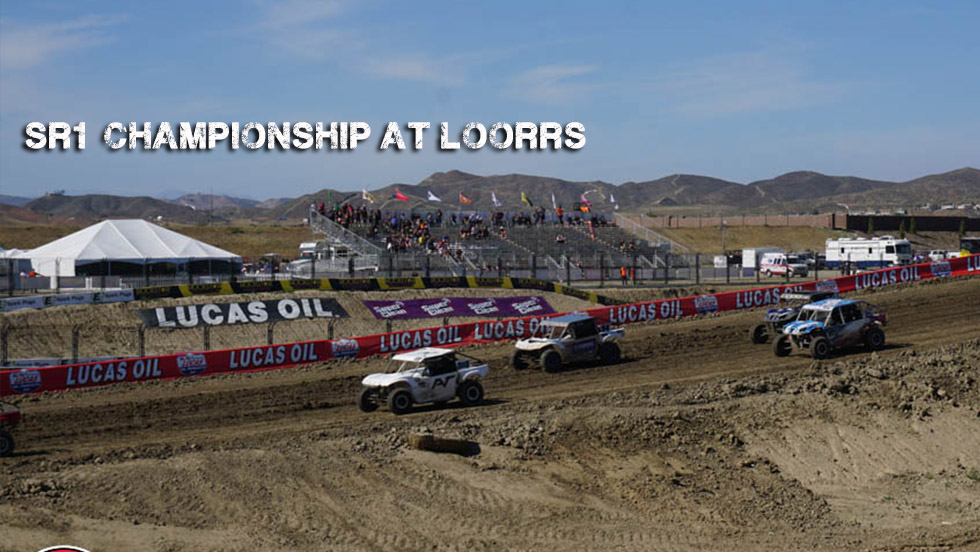 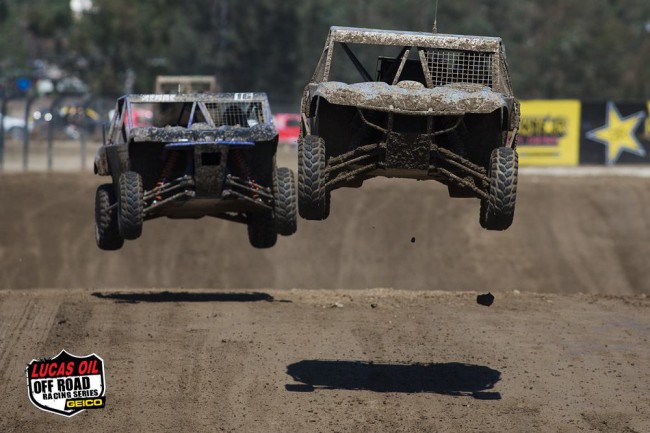 Making a special appearance this weekend are the SR1 UTVs, and a screaming field of 21 street bike-engined thrillers took to the track in style. Dustin Nelson took his freshly-delivered #94 Yamaha Racing/DWT machine straight into the lead on the first lap, ahead of Corry Weller in the #1 Optima Batteries/Airaid entry, Bryan McCormick in the #9 Arizona Solar Wave & Energy/Neo Synthetics car, Scott Webster in the #42 Network Automotive/S-P Asphalt Paving entry, and Ken Benson in the #95 DragonFire/Rockford Fosgate machine. Matt Land got past Benson for fifth on lap two, but was then passed himself by Shawn Illingworth in the middle of the following lap. Lap four saw a full course caution come out after Kenny Frost came to a stop entering turn one with substantial smoke coming out of his machine, and when racing resumed on lap five, Illingworth got his #808 AVT/Coldcock Whiskey entry past Webster to take over fourth in turn two.

Further down the order, Gary Thompson came to a stop coming out of turn one, and that brought out another full course yellow. On the restart lap, Weller got a great run out of turn one and pulled a pass for the lead on Nelson going up the step-up jump into turn two. However, contact between Robert VanBeekum and Illingworth going over the big tabletop out of turn two caused Illingworth to go into a violent rollover in the landing area, forcing a full course caution. Illingworth was ok, but unfortunately for Weller, the last completed lap rule meant that she had to hand the lead back to Nelson for the restart. The running order was now Nelson, Weller, McCormick, Webster, and VanBeekum in the top five, with VanBeekum then getting his #64 Muzzys Performance Products/R-N-R Steel Racing car past McCormick at turn one and up to fourth on the restart lap. Webster had already gotten around McCormick on the restart to move into third spot, and on the following lap, Weller bicycled in turn three and lost ground to Nelson in the battle for the lead. McCormick got back up to fourth on that same lap, and at the beginning of lap 13, Vanbeekum caught fire in turn one and quickly pulled off to the infield. VanBeekum’s quick thinking, as well as the immediate arrival of safety crews on the scene, allowed the track to stay green, and the fire was put out very quickly. Out front, Weller had closed right in on Nelson once again, but the leader wasn’t giving her much to work with, as he drove great lines and had terrific pace. Nelson took his all-new machine, delivered only Friday by Weller’s husband Jason, to the top step of the podium after just two practice sessions and this afternoon’s qualifying; quite the debut indeed- congratulations Dustin! Second went to Weller, third to Webster, fourth to McCormick, and fifth to Matt Land in the #91 Moto Wear International/Fox Racing Shox entry. 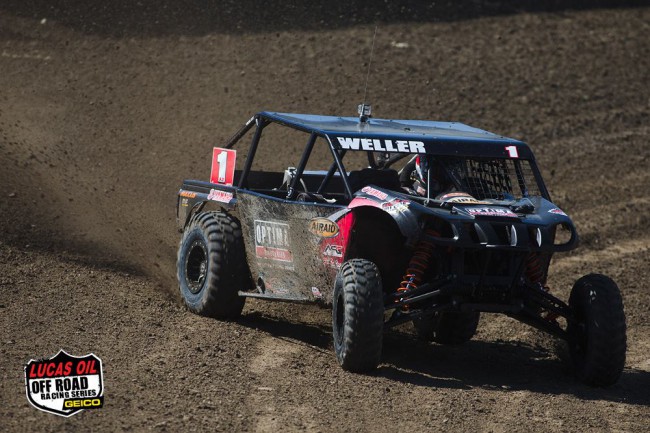 The SR1 Championship usually races the Lucas Oil Regional Series’ bouncing between Arizona and Southern California,and is returning to the national series at the first race weekend of the year, we spoke to Corry Weller to find out more:

UTVU: UTV’s are back at LOORRS! What was the motivating factor to brining SR1s back to the national series?

CW: There were several reasons we wanted to see if we could get them back in for a race weekend.  First and foremost was we wanted to show those LOORRS fans that may have not made it out to a Regional race yet, what some of the classes in the Regionals have to offer.  And vice versa – there may be Regional fans who haven’t made it out to a LOORRS race yet, that might go now that one of their favorite classes is racing.  Sort of a cross-pollination between the Regionals and LOORRS.  The other reason was most of our racers have never raced in the “Big Series”, and we thought it would be cool to show them what it’s like to race in the Pro Series, and see what it’s all about from behind the scenes – as a racer for a weekend.  It’s good to see where racing a class in the Regional Series could potentially lead……

UTVU: Will they race at each round or only select rounds? If only select which rounds are those?

CW: We suggested just one weekend of an “exhibition” race, on a weekend where there is quite a bit of time for LOORRS to fill, since it’s a night race weekend.  It worked out well for both of us, and I really didn’t want to ask too much of our class or LOORRS. As of now, there are no plans to race any other Rounds besides 1 and 2.

UTVU: How many SR1s do you think will compete at each round, will there be a strong car count?

CW: We just had a Regional race at Elsinore, and some SR1s won’t be able to make this race, but we should see around 23 SR1s at this particular race!

UTVU: I saw that Ronnie Faist is moving into the SR1 class. Are there any other notable names competing in the class?

CW: Ronnie actually bought his SR1 to get seat time for his Pro Lite, but I told him he was probably going to wind up racing it, and he’s already talking about getting it out on the track!  There are a number of other high profile off-road guys looking at the class, and looking for SR1s, as well as current racers like Yamaha’s Dustin Nelson, who will be pulling double-duty for this coming race in his new Pro Lite as well as his new SR1.  I want to say all of our racers are notables – we have a great group of drivers in this class and it’s a good time whenever we can all get together, hang out, and go fast.

We want to say a huge thank you to Corry for taking the time to speak with us and for her work to bring SR1s back to the big show this weekend! Check out the full results and photos below: 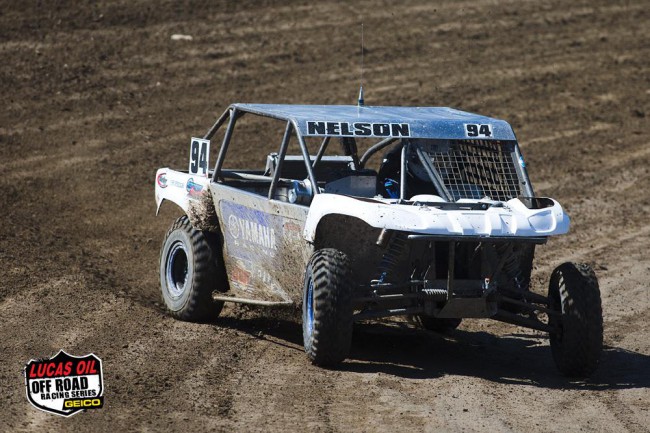 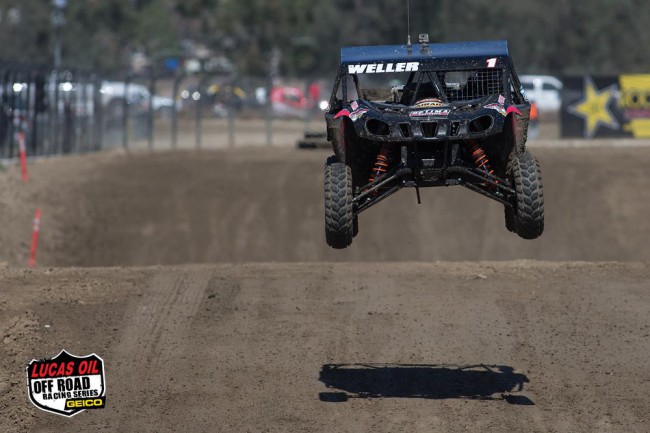 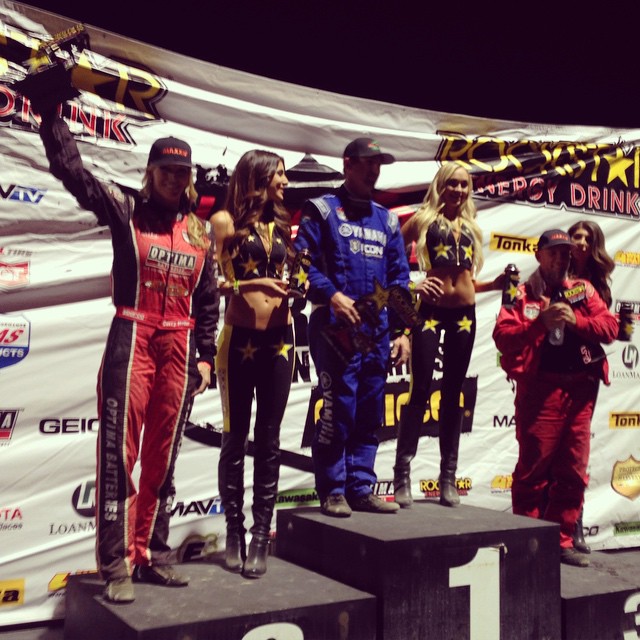