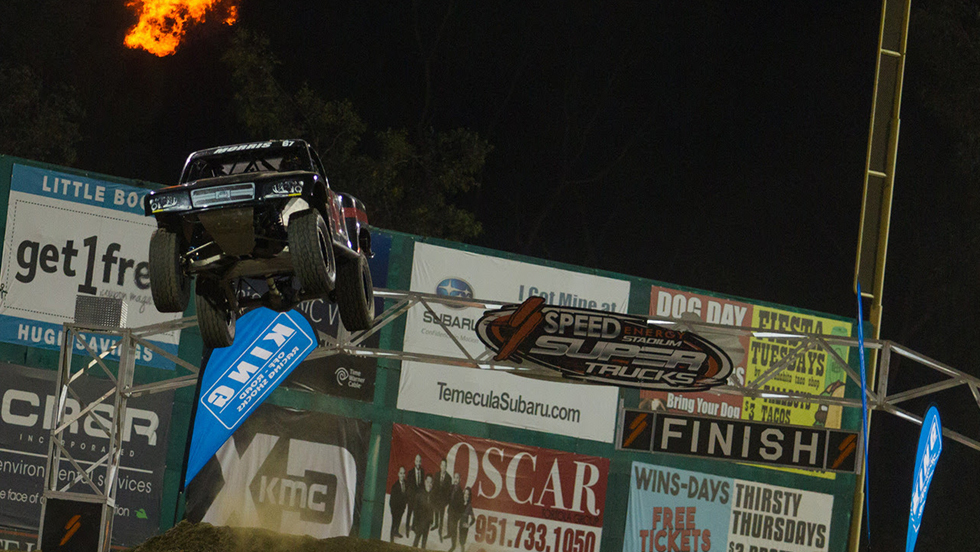 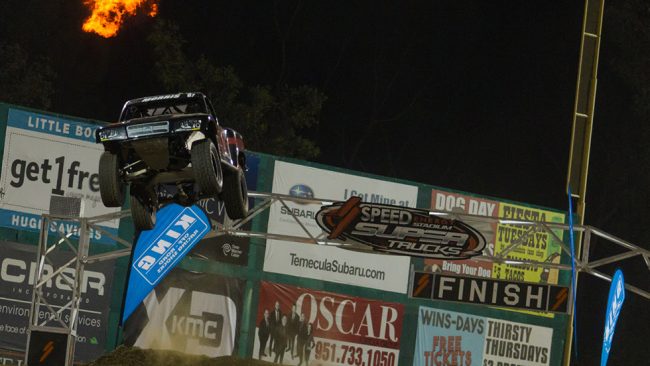 Lake Elsinore, California (January 9, 2018) – Kicking off the sixth season of competition SPEED Energy Stadium SUPER Trucks will return to Lake Elsinore Diamond Stadium in Lake Elsinore, California for a huge one-night event January 27 to begin the 2018 SST World Championship.
“An absolute beautiful and challenging stadium style track was built in December for the SST World Championship Finals providing some of the most entertaining close quarters racing the series has ever seen. Friday night saw the 2017 Baja 1000 Champion Apdaly Lopez battle hard with myself for the win, while Saturday night saw an unbelievable duel between 2015 & 2016 SST Champion and Jerett Brooks that kept the crowd on the edge of their feet. Mix in the yearlong championship coming down to the last lap with Paul Morris winning by just 1 point over Matt Brabham. Stadium racing provides the up close entertainment and thrill the fans all want to see, it’s a no-brainer for us to start the season where we ended it.” 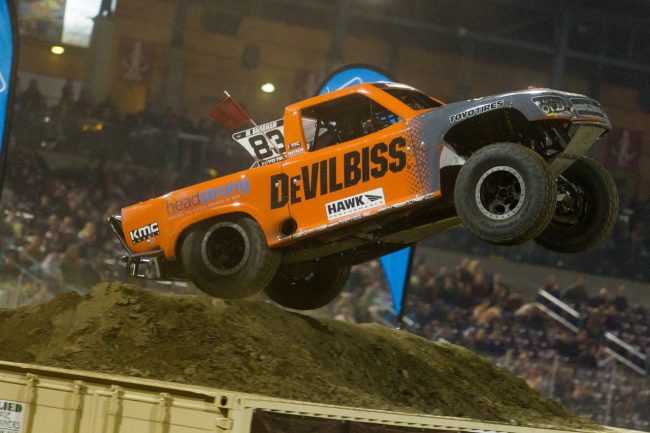 Built in 1994 for the Single-A affiliate of Major League Baseball’s San Diego Padres, Lake Elsinore Diamond Stadium home of the Lake Elsinore Storm was completely transformed in early December from a baseball diamond to a off-road playground with nearly 300 truck loads of dirt hauled onto the field, and sculpted into a challenging off-road track featuring multiple obstacles such as a huge container crossover jump, that will send the trucks souring into the air nearly 35 feet.

Quickly becoming one of the most popular, and most affordable forms of off-road racing today the UTV 1000 class will once again join the high flying Stadium SUPER Trucks on track. The event in December saw popular Southern California UTV front-runners Myles Cheek, and Ronnie Anderson claim victory, and a healthy pay day on respective days under the lights in front of a large crowd.
Will Myles and Ronnie be back to defend their wins? Can Mr. XP1K4 RJ Anderson find his racing groove in the UTV, and get up front to compete with his younger brother? 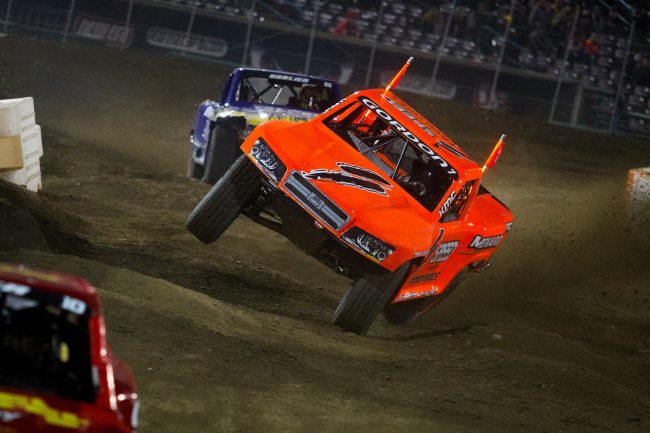 After a pair of unbelievable wild Modified Trophy Kart races in December, the Modified Trophy Karts will be back action in action in January. This scaled down Stadium SUPER Truck beginner class for kids 16 & under provides some of the closest racing action of the evening as kids get to display their talents in front of their SST heroes under the Stadium lights.

Back by popular demand the crowd favorite 1450 trucks will join the January program. These desert racers turned short course pilots have been apart of the Stadium SUPER Trucks programs in the past, and when they are on track you never know what to expect.

In 2014 Michael Cox stole the show launching his modified Ford Bronco sky high much to the delight of the roaring crowd, in 2015 it was Buddy Baker and Ryan Kibbe with the TrophyLTD car whom stunned the crowd, and other competitors competing with the trucks. Who will be the highlight of the 1450 class in 2018? 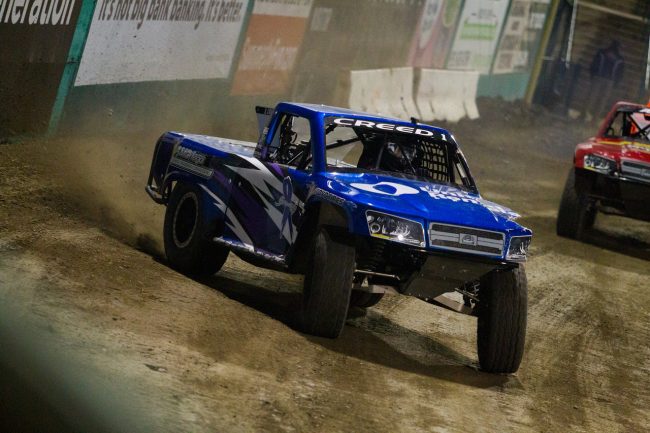 SPEED Energy Stadium SUPER Trucks events are not just action-packed racing on track, be sure to come out to the event early Saturday morning as a full Off-Road Lifestyle Expo and Swap meet will be set up for the entire day.

Interested in displaying your products or selling in The Off-Road Lifestyle Expo and Swamp Meet. All the information to do so can be found at http://stadiumsupertrucks.com/2017-lake-elsinore-exhibitor-registration/

Advanced tickets for the Stadium SUPER Trucks 2018 season opener can be purchased at http://www.stadiumsupertrucks.com. Tickets can also be purchased on site at the Lake Elsinore Diamond Stadium Box office from 9 AM-5 PM Monday thru Friday. Tickets will also be available for purchase the day of the event.

Friday night all classes will hold practice. Fans are encouraged to come out and
see all action FREE of charge. Then come back on Saturday night January 27th for a full night of racing.
Looking to entertain family and friends? Fully furnished, catered, and climate controlled suites are available to view all the entertainment on the stadium floor in luxury. Pricing is available by contacting Stadium SUPER Trucks at [email protected]

Drivers looking to participate in either the 1450 trucks, 1000 UTV’s, or Modified Trophy Karts are urged to pre-register for the event at http://www.stadiumsupertrucks.com.

About SPEED Energy Stadium SUPER Trucks
Influenced by the former Mickey Thompson Stadium Off-Road Racing Series, where drivers such as Gordon, Casey Mears and seven-time NASCAR champion Jimmie Johnson got their start, Gordon created SST in response to the public’s overwhelming interest in trucks and off-road racing. His plan to re-launch the former stadium series has led to exciting racing on both asphalt and dirt, while producing one of the most extreme forms of action sports today.

Other than the trucks launching 20 feet in the air covering distances more than 150 feet, what sets the SST program apart from other series is the fact that all the SST trucks are identically prepared and delivered to drivers in race-ready condition. Race winners are decided by driver skill rather than individual team engineering and budgets. Drivers and their personal mechanics are assigned specific SST mechanics who together tune and make minor adjustments to the 600-horsepower trucks.