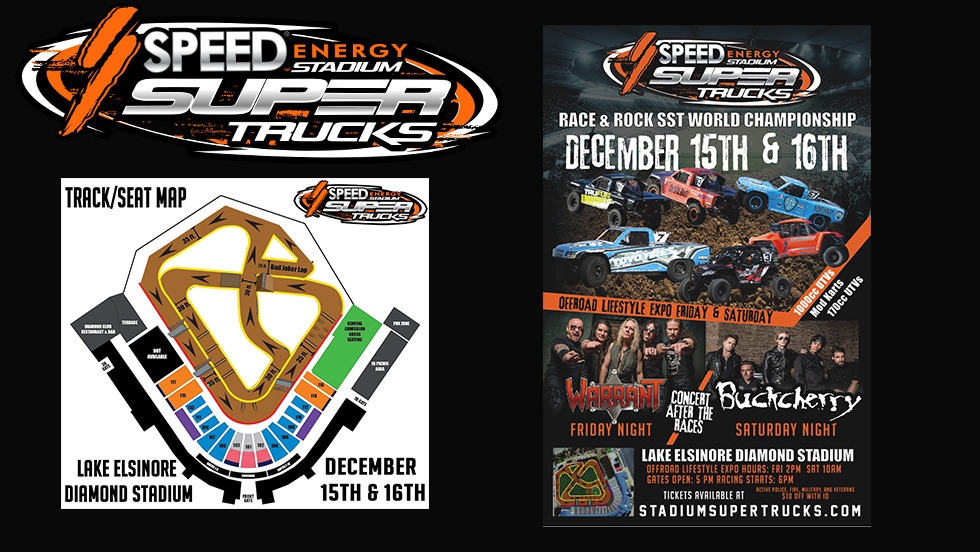 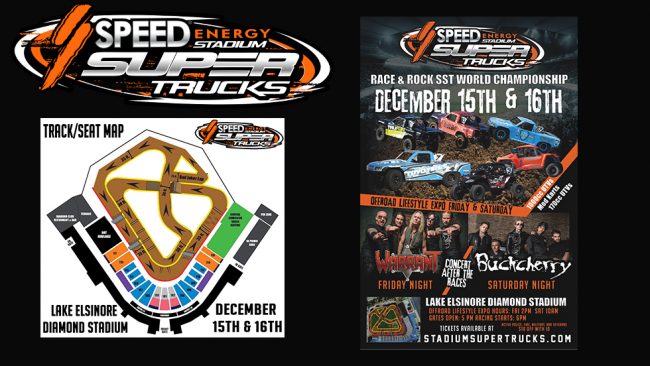 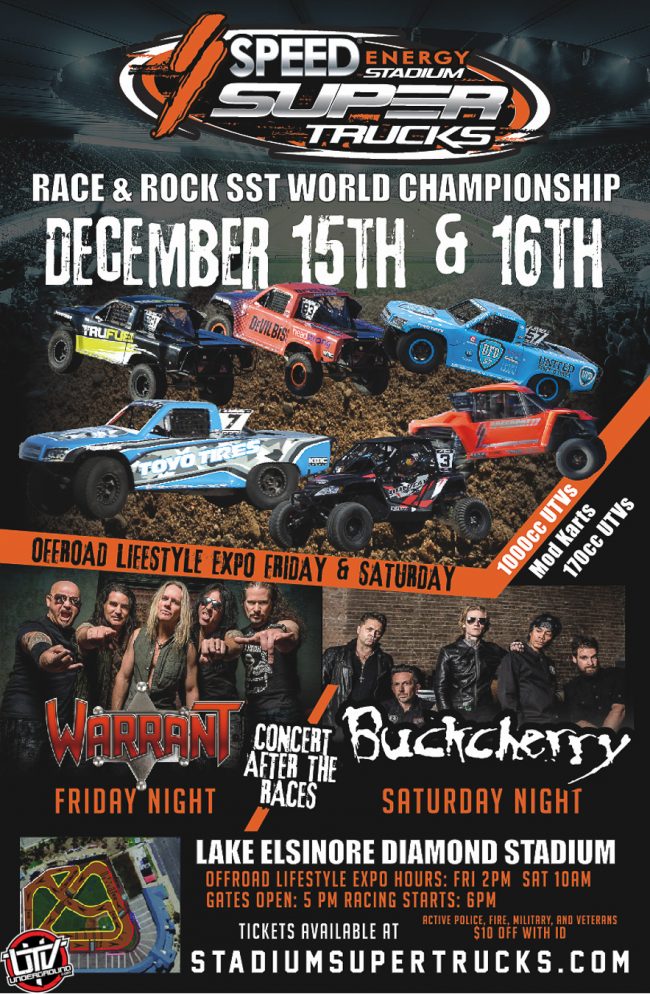 Lake Elsinore, California a city where short-course off-road, motocross, FMX, and the UTV industry all collide on a daily basis provides the perfect location to host the SST World Championship Finals.

“The City of Lake Elsinore is thrilled to have Legendary Racer Robby Gordon and Stadium SUPER Trucks back in our valley. Working in partnership with the Lake Elsinore Storm, Diamond Stadium will be transformed into an off road playground as these high horsepower trucks will fly over jumps and bang fenders. This will be good clean dirty fun!”

Built in 1994 for the Single-A affiliate of Major League Baseball’s San Diego Padres, Lake Elsinore Diamond Stadium home of the Lake Elsinore Storm will be completely transformed from a baseball diamond to a off-road playground with nearly 150,000 square feet of dirt hauled in, and sculpted into a challenging off-road track featuring multiple obstacles such as a huge container crossover jump, that will send the trucks souring into the air nearly 35 feet.

“Everyone at Storm Events are super stoked to be working with the legendary Robby Gordon and bringing Stadium SUPER Trucks to Lake Elsinore. This is a perfect fit for our demographic and fans. It’s sure to be an amazing event that no one will want to miss.” Stated Ian Singleton, Director of Storm Events.
Joining the highflying Stadium SUPER Trucks on the track will be a full field of Production 1000 UTV’s. Quickly becoming one of the most popular, and most affordable forms of off-road racing today. Drivers of all ages, and experience levels will compete for a huge purse both Friday and Saturday night under the lights. 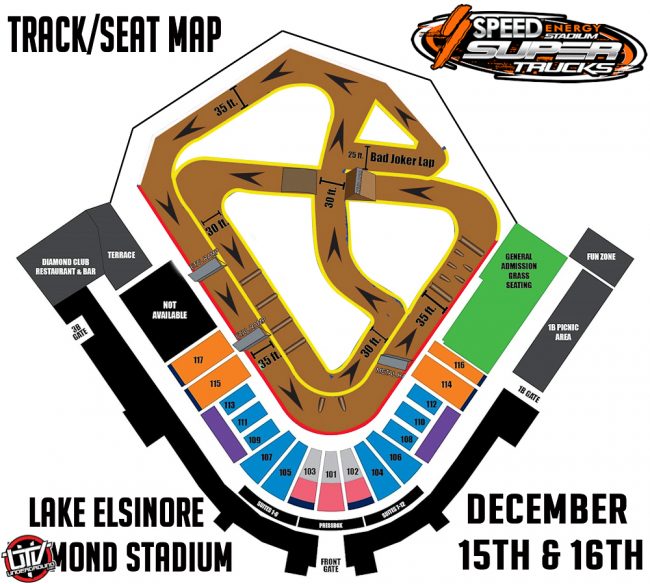 Young Hot Shots in the Modified Trophy Kart ranks will also have an opportunity to race on a similar track to the SST Stars. Past Modified Kart graduates have stepped into SST’s with great success most notably being Sheldon Creed a two-time SST Champion.

Current SST’s drivers Gavin Harlien and Jeff Hoffman both developed their off-road skills in Modified Trophy Karts, before moving up to the larger scale trucks. With these young Trophy Kart racers having the opportunity to race in front of their piers and heroes it ought to be a memory to last a lifetime.

Not just the young Modified Trophy Karts drivers will have their opportunity to tackle the temporary built SST track. During the day on Friday and Saturday make sure to come out to the track early as SST would like to showcase the kids 170 UTV’s on the Stadium floor. Drivers qualified during the day’s races will be invited to compete in a Final event that evening.

The Stadium SUPER Trucks World Championship Finals is not just action-packed racing on track, make sure to come out to the track early each day as a full off-road and life style village will be happening throughout the day. This will serve as one of the last opportunities to visit with your favorite off-road vendors and exhibitors to get those last minute Christmas gifts for the off-road enthusiast on your list.

Be sure to stay after the races each night as included with your race ticket will be a concert by WARRANT on Friday night & a concert by BUCKCHERRY on Saturday night.

Looking to entertain family and friends or host a small holiday party? Fully furnished, catered, and climate controlled suites are available to view all the entertainment on the stadium floor in luxury. Pricing is available by contacting Stadium SUPER Trucks at [email protected]

Drivers looking to participate in either the Production 1000 UTV’s , Modified Trophy Karts or 170 UTV’s are urged to pre-register for the event at http://www.stadiumsupertrucks.com starting October 15th to receive a discounted rate on their entry fee. Prices will increase on December 10th.