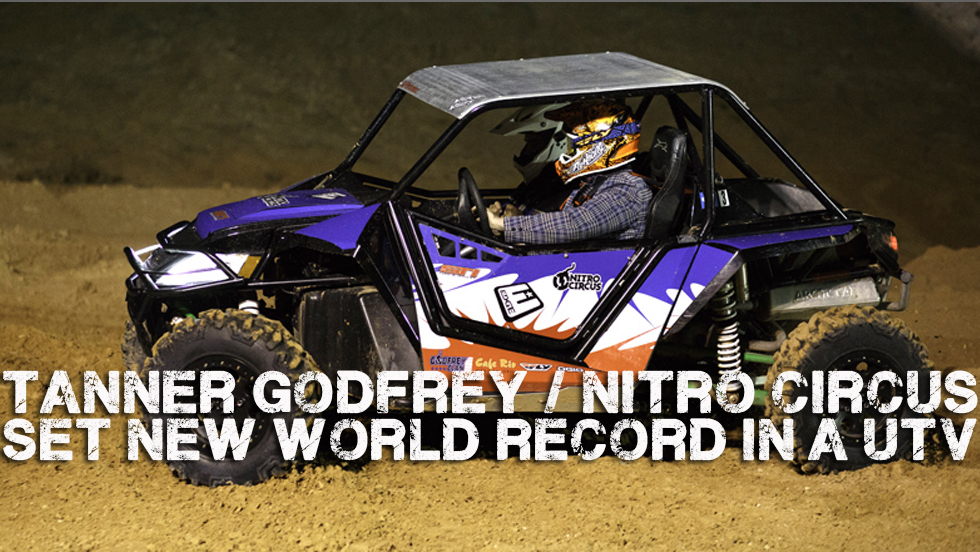 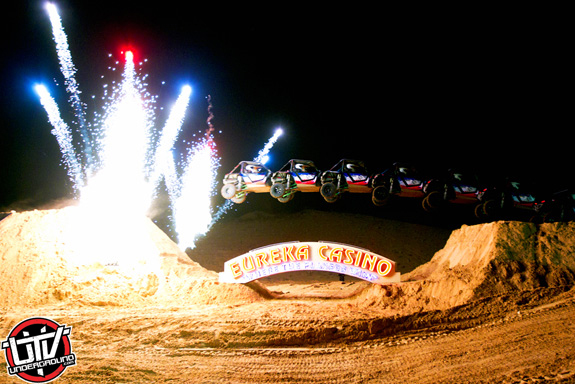 We at UTVUnderground.com first caught wind of this story a few weeks back, just before Nitro Circus member Tanner Godfrey was set to jump his modified Arctic Cat Wildcat over 100ft for Guinness to set a new world record in a UTV. We knew we wanted to learn more about the jump and the man behind the wheel but it wasn’t until we received STI’s PR (BELOW) that we realized exactly who Tanner was and learned about his amazing story.

Tanner was an aspiring off-road / MX racer with goals of racing Baja and becoming one of the best to race a motorcycle. After numerous accomplishments and even becoming a champion as an amateur, Tanner was dead set on turning pro. During a race in Mesquite, NV over a Thanksgiving weekend 5 years ago, Tanner was sent over the bars landing on his head thus shattering one vertebrae and dislocating another in the accident. Surrounded by family in the hospital Godfrey would learn that he was paralyzed from the chest down and told he would never walk again.

If you are familiar with the Godfrey name then you probably know about the crazy crew at Nitro Circus. Tanner is nephew of famed Nitro Circus creator and member Gregg Godfrey who himself is an avid off-road racer and fan of the sport. Being tied to this crew it would be easy to see why Tanner would tell the doctors to F-Off and set his sights on not only regaining his ability to use his legs but to actually walk and then get back into doing the things he loved to do being a young 20 something adult. Over a period of about 5 years Tanner would not only meet those goals of learning to walk again but he would also find himself back competing and riding with friends in the dirt both on motorcycles and now in UTV’s! 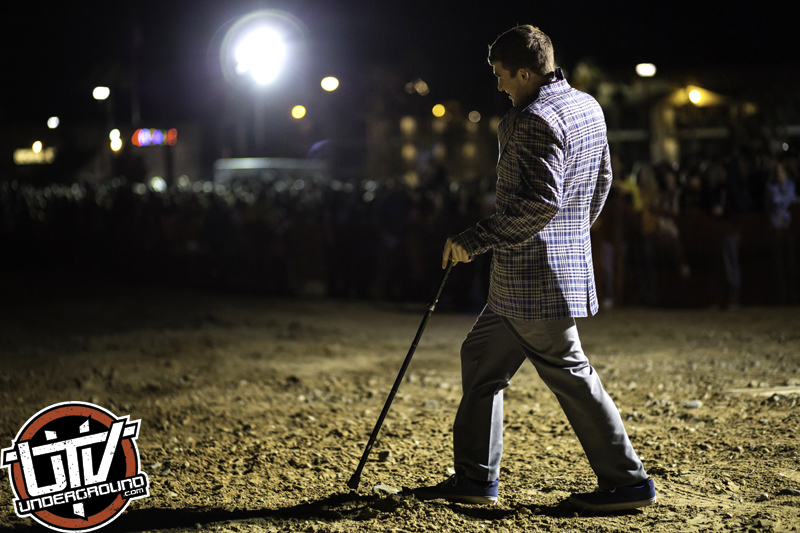 We were able to speak with Gregg Godfrey yesterday over the phone and ask the action sports legend about his nephew, Gregg had this to say, “Tanner refused to backdown from day 1. After 5 years of recovering he is now walking and its a testament to him and his determination. Words can’t describe how proud I am of Tanner and just how blown away by his determination we all are…”  When asked about the Jump Gregg had this to say, “Edge Motorsports in Salt Lake City, UT did a great job geting the Wildcat set up for Tanner. He wanted to go way bigger but he could only jump as far as the speed of the UTV would let him!”

On February 22nd 2013 Tanner Godfrey would make it known to the world that his injury would not define him, but rather allow him to prove to the world that dedication, will and love of life can overcome all. Tanner would take flight in his Arctic Cat Wildcat and send it flying 105′ dirt to dirt and set a all new world record long jump for a UTV. We want to congratulate Tanner on his accomplishments and wish him well in all that he does from here on out.  Tanner is currently racing on a local level but he certainly wants to do more.

UTVUnderground.com wants to thank Gregg Godfrey of Nitro Circus for taking the time to chat it up with us yesterday. We also want to thank Tanner for being a bad ass and helping push our sport to the next level!

Who doesn’t like a compelling comeback story? Tragedy to triumph. Kicking adversity in the teeth. From down and out to up and in with a buzzer-beating slam dunk. Admit it: you usually pull for the underdog.

We at STI could not help but pull for Tanner Godfrey when he decided to jump his Arctic Cat Wildcat to a new world record. Godfrey was paralyzed from the sternum down in a 2007 motocross accident and had worked long and hard to regain some semblance of mobility. Godfrey somehow maintained has positive attitude and tenacious spirit through it all. As he once said, “Don’t ever let people tell you what you can or can’t do. Just live life. Don’t let things slow you down. You have to be tough to be successful.” He’s now able to walk short distances with a cane and has fashioned hand controls for his Wildcat so he can still rip around in the dirt.

Adding to the plot, Godfrey decided to attempt his jump near the site of his life-changing accident in Mesquite, Nevada. It would take place during the Mesquite Off-Road Weekend event at the Eureka Casino Resort, featuring a show by the wild and crazy crew from Nitro Circus. Not coincidentally, Tanner Godfrey is the nephew of Nitro Circus creator Gregg Godfrey. This jump would also raise funds and awareness for the Wounded Warriors Project.

With about 2,000 revved-up spectators looking on, Tanner climbed into his Edge Powersports-backed, STI-equipped Wildcat (with 30-inch Roctane tires on 14-inch HD Beadlock wheels) and confidently shattered the former distance mark (47 feet). Godfrey launched 105 feet through the dry night sky to easily claim an officially documented Guinness World Record. Then he turned around and did it again.

We’re proud of you, Tanner. You’re an inspiration to us all.