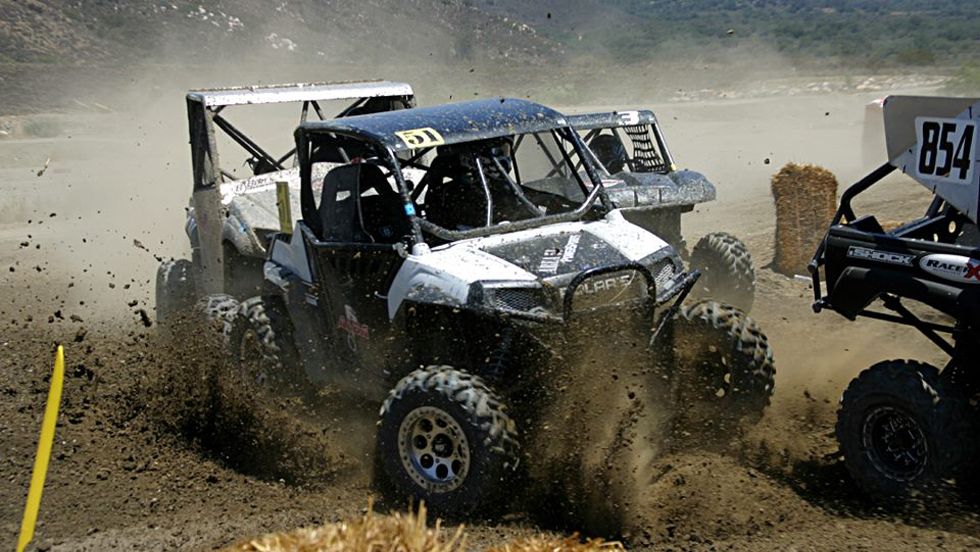 Round 3 of The Dirt Series is in the books as we had a packed house watch some great racing action go down! Pala Raceway played host to the most exciting round of the series on June 24th.

With over 26 Classes filled between UTV, ATV and MX, the gates were non-stop dropping all day Sunday! Presenting series sponsor Triumph Motorsports was on hand providing trackside support for all racers along with series sponsors GBC Tires, We All Ride Clothing, STI Tire & Wheels, Barnett Clutches, Zen Pro Racing, Fly Racing, Leatt, Stealthworks MX, Fasttrak Insurance, DT1 Filters, Fasst Co/Flexx Handlebars, PEPs and Daddys Famous Foods. Also coming in showing support for the series was the Black Rhino UTV gang and the newest UTV racing team in the industry the Rockstar Energy/Blingstar/Polaris UTV Team. Drivers Jason Merrell and Bryan Carr came out to not only support the series but to race along with some sideline cheering from PMG owner, Ryan Busnardo!

We had many fresh and familiar faces on the track for round 3. The ATV racers of Pro and Pro-Ams continued to battle for points with Pro Dixon and Pro-Am Steinbeck maintaining their leads. Also had some tight battles going on in the quad Vet 30+ and 250 Open classes as they were rubbing till the last S turn finish line!

The MX classes held up their side of the series as the Big Bike Beginners once again put on a full throttle, white-knuckle battle down to the checker with Harmon and Languis going 1-2 and Elliot rounding out the podium for the day!!

The future of the sport continues to look great as the ATV/MX minis represented well and put on some great racing action for everyone in attendance. Hanson continues his dominance in 85 Beginner, Harris takes over the points lead in the 85 7-11 class and Martorano holds a 1 point edge over Vander Broek in the 50cc Quad class.

Rounding out the day of racing and showing why they are the future wave of the motorsports industry, the UTV classes put on some spectacular racing action this weekend! Returning series racers for the Prod 1000 class, Scott Santellan and Cory Dehoog welcomed in some new blood. The Rockstar/Blingstar/Polaris UTV race team drivers Bryan Carr and Jason Merrell took 1st and 5th, and Black Rhino Greg Row taking 2nd overall, with Santellan and Dehoog coming in 3rd & 4th they maintained their comfortable 1-2 points lead over the rest of the pack. The 850 class saw some new faces line up also with Steve Beilman and Black Rhino driver Bryan Osborn battle points leader James Gorman. In the end Gorman took his 3rd straight 1st place to keep his win streak intact. The Prod 700 class also gained a new racer this round. #3 driver Kayla Smith would go on to win.

The Dirt Series continues its racing momentum as it heads to Competitive Edge in Hesperia, CA July 8th 2012. Make sure to keep up with all the action and series info by visiting the Official Dirt Series Fan Page at www.facebook.com/TheDirtSeries