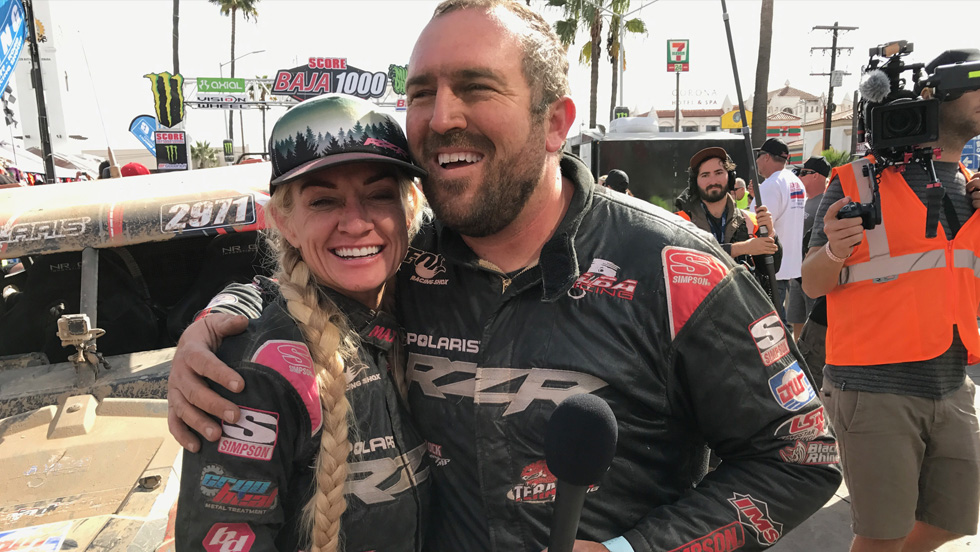 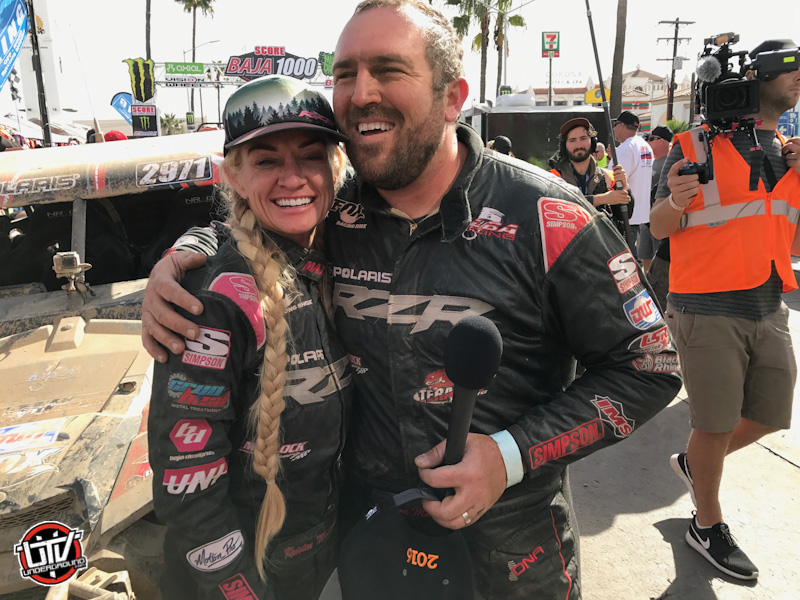 UTVUnderground.com wanted to take a moment to offer Wayne & Kristen Matlock a proper congratulations on their amazing effort at the 2016 SCORE BAJA 1000.

As always, there are a lot of awesome stories that come from every Baja 1000 and this is certainly one of them.

Kristen Matlock, driver of the #1954 Polaris RZR finished the 2016 SCORE BAJA 1000 in a time of 23:11:47.120 awarding her a 2nd place finish in the Pro UTV class, a 3rd place UTV overall finish, and 48th overall amongst all competitors. She becomes the first woman to ever solo the entire Baja 1000 from behind the wheel of a 4-wheel vehicle.

Kristen’s husband Wayne, a very accomplished Baja racer in his own right, led the entire UTV field for the whole race in his #2971 Polaris RZR XP Turbo until about 15 miles from the finish a part in the front end of his Polaris RZR let go. He turned the lead over to Rhys Millen who took the win overall for UTVs, but Wayne ratcheted the front passenger side up, had the co-driver jump on the back to act as ballast and finished the race on 3 wheels. He finished the race in 23:30:47.748 which resulted in a 2nd place finish in the Pro Turbo class, 4th overall UTV finish, and was good enough for 43rd overall in the race!!

Wayne was going for his fourth Baja race win in a row in his RZR. Kristen has been on the podium in every race she has competed in this year. This husband and wife are truly bad A$$!!!