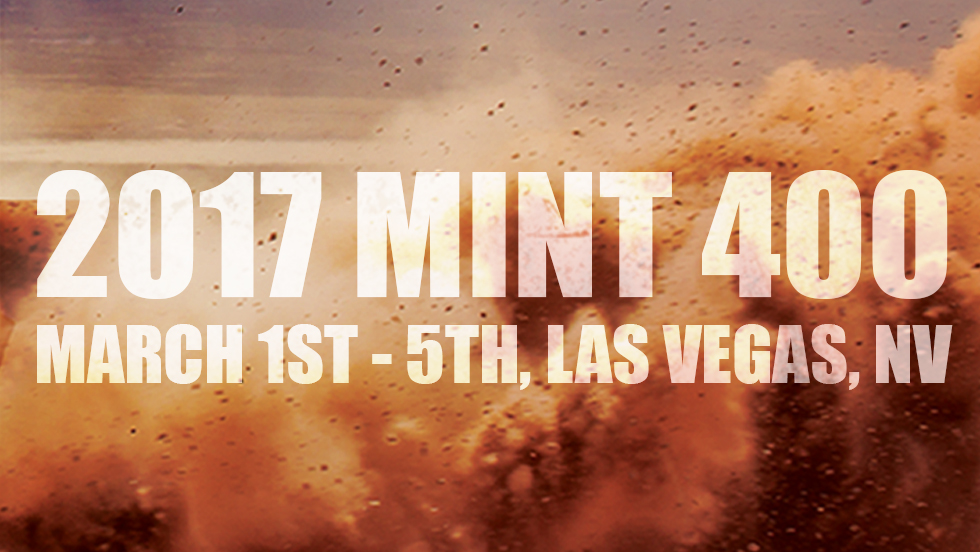 The Mint 400 Returns to Las Vegas March 4th, 2017
The Great American Off-Road Race returns to entertainment capital of the world 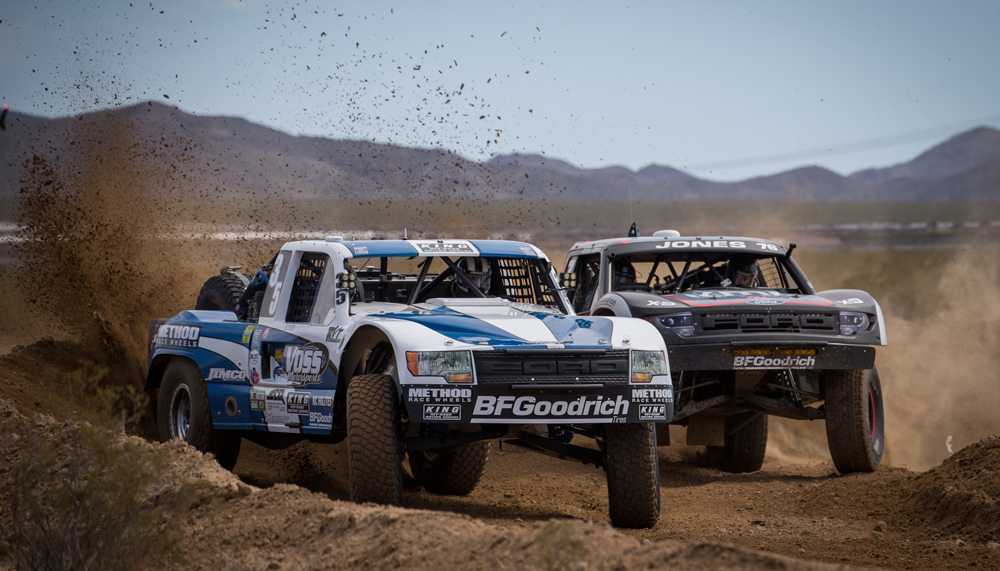 July 8th, 2016 – Las Vegas, NV – The Mint 400 owners, The Martelli Brothers and Casey Folks of Best in the Desert announced today The Mint 400 will be returning to Las Vegas, Nevada March 1st-5th, 2017. “The Great American Off-Road Race” will be held Saturday, March 4th with pre-race festivities beginning earlier that week. The announcement comes as race organizers begin to make plans for the events 50th anniversary, dating back to 1967 when Leroy Wickham and John Sexton spent a week driving two Koyote Dune Buggies from Fremont St. in Las Vegas to the Sahara Hotel in Lake Tahoe. Due to changes in the NASCAR schedule and the start of March Madness, The Mint 400 will be held one week earlier than previous years. 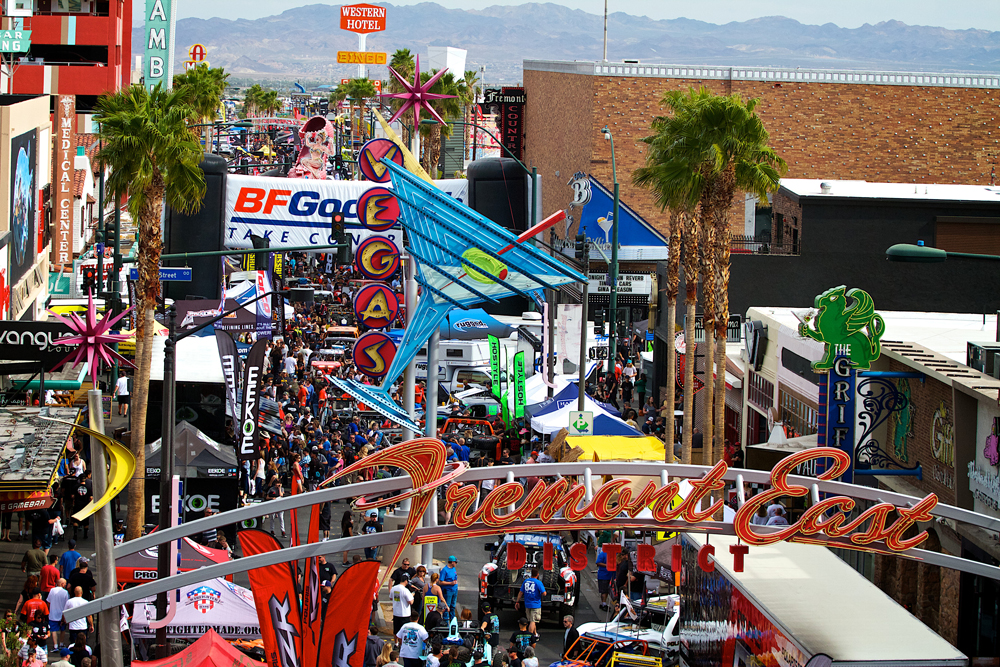 “We’re thrilled to be returning to Las Vegas next year to celebrate this important milestone for both The Mint 400 and the broader American off-road industry. When the Mint was dreamt up in 1967, no one could have predicted we would be a multi-billion dollar industry and have a 20-million dollar impact on the City of Las Vegas every year, but that’s exactly what has happened,” said Mint 400 CEO, Matt Martelli. “Our focus since buying the Mint has been to not only grow the event and re-establish it as a worldwide phenomenon, but to also bring the sport of desert off-road racing and culture of off-roading to anyone with a TV or smart phone.” 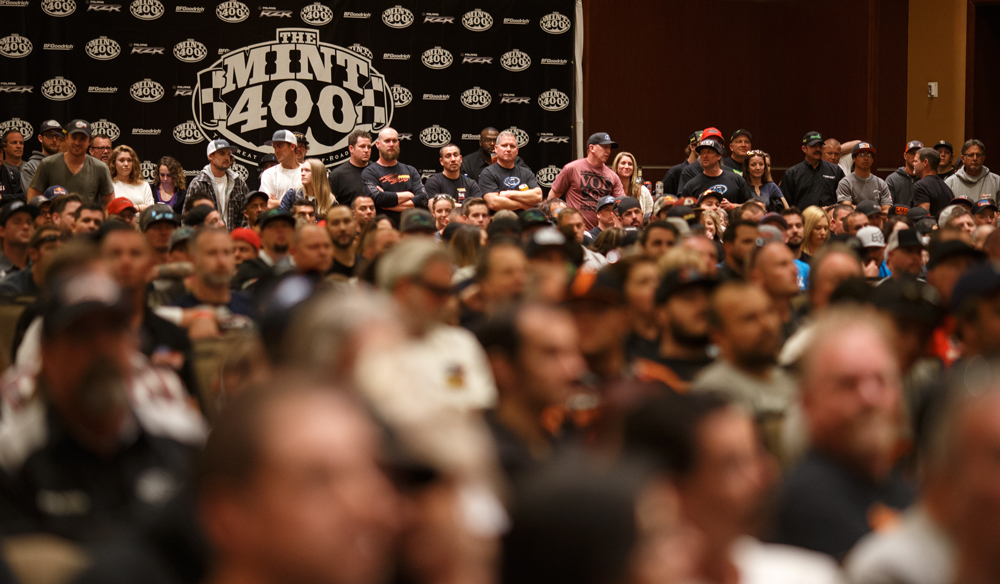 The Martelli Brothers and their production arm Mad Media, have successfully grown The Mint 400 into the largest and most important off-road race in the world. The event attracts over 60,000 spectators to Las Vegas for the race and week long activities. And it features 350 teams competing on a 120-mile loop that extends from the edge of Las Vegas to the California-Nevada state line at Primm. With five massive spectator areas, The Mint 400 puts fans safely in front of high speed off-road racing action.

The Mint 400 has enjoyed nine years of uninterrupted national television coverage, and is beamed into 80 million homes nationwide via their NBC Sports television package. Additionally, The Mint 400 is part of the Red Bull Signature Series which reaches another 140 million homes via NBC prime time. The online and social media impact of The Mint 400 exceeds 100 million impressions, making the event the most visible and heavily documented off-road race on the planet. 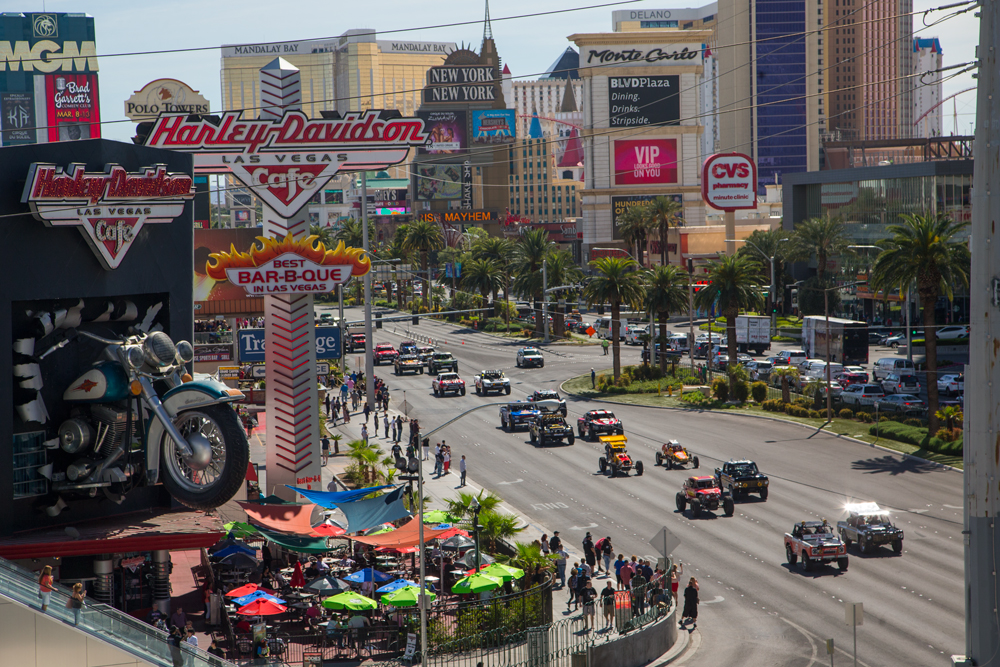 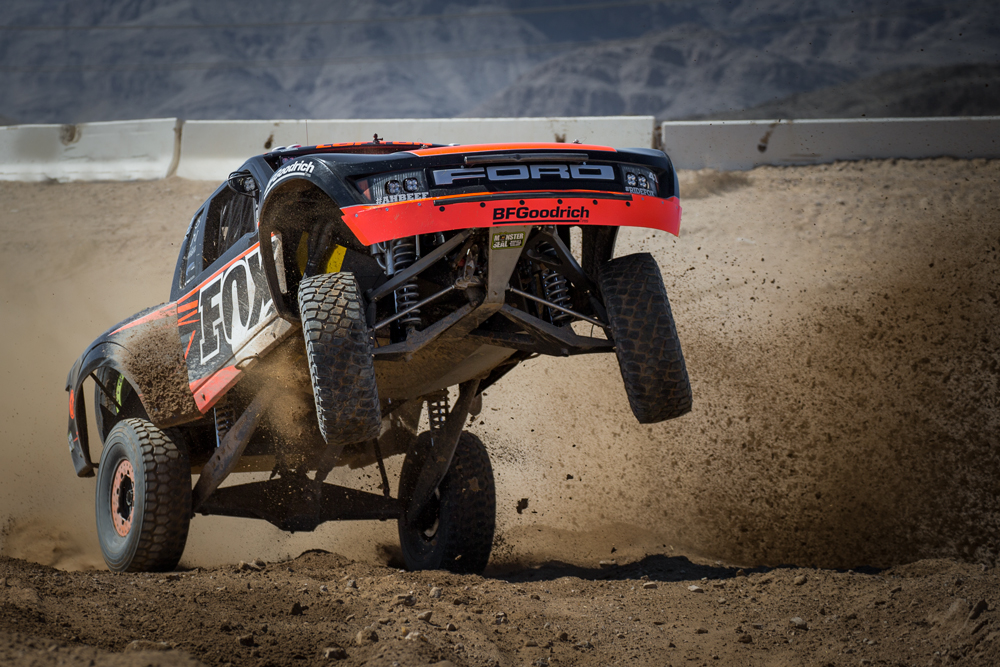 In 2017 The Mint 400 will kick off its events in Las Vegas on Wednesday, March 1st with its annual vehicle procession down the Las Vegas Strip, showcasing over ten million dollars worth of racecars in the direct spotlight of Sin City. Qualifying for the Unlimited Trick Trucks and select classes, will once again be open to the general public and will be held on Thursday, March 2nd. 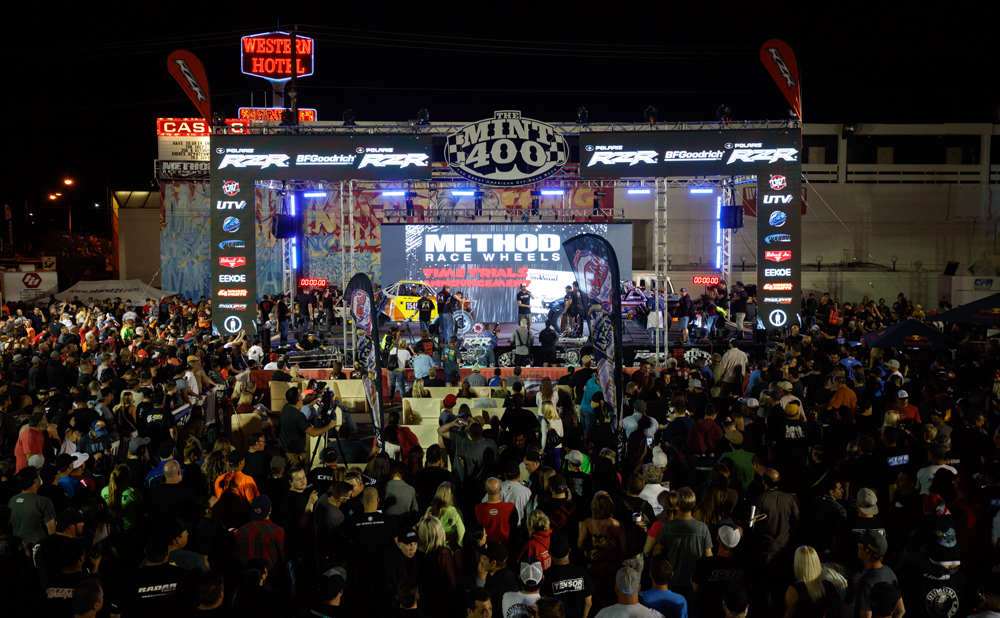 Later that night, a series of events will be held on world famous Fremont St., including the official announcement of Time Trial results, a professional pit crew challenge featuring the biggest teams in off-road and of course, and the crowning of the 2017 Miss Mint 400. 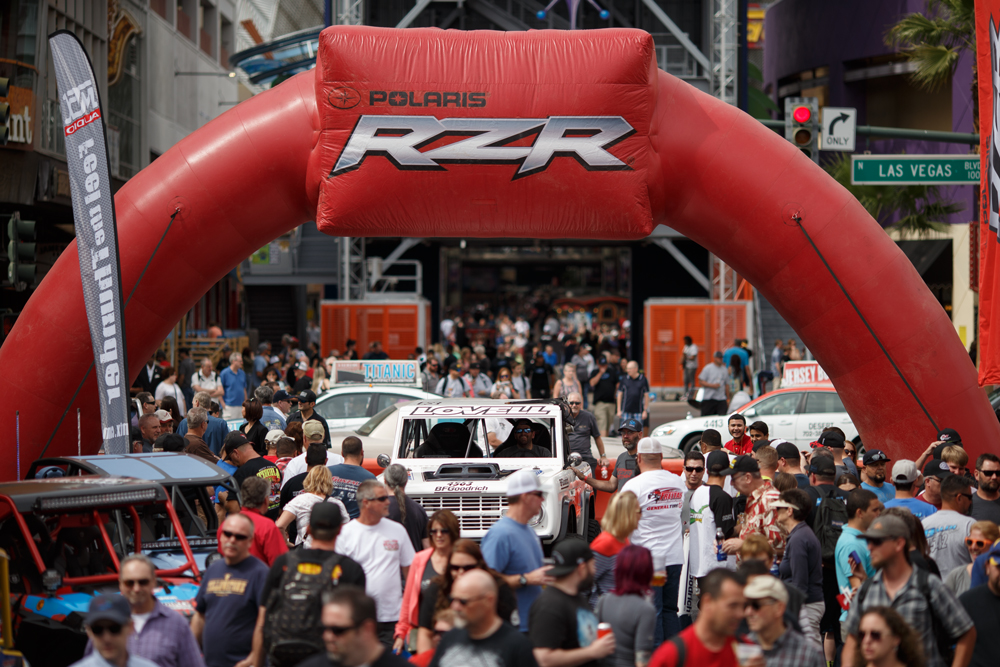 The Mint 400 Contingency & Technical Inspection will be held on Friday, March 3rd, and host all 350 race vehicles. Each will parade down world famous Fremont St. in front of fifteen thousand off-road fans and nearly two hundred of the industries leading OEM’s and aftermarket product companies. 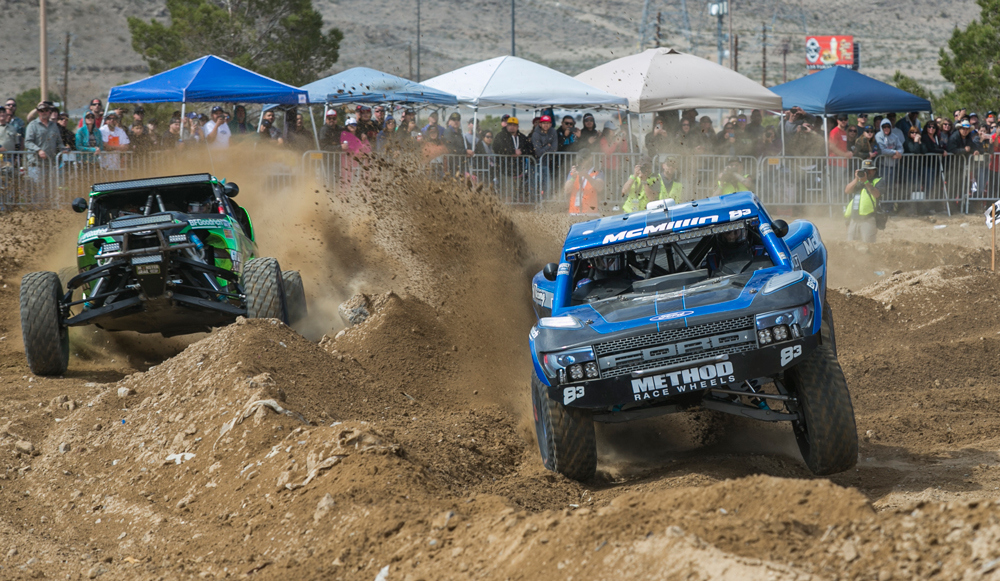 Did you miss The Mint this year? Don’t worry! The 2016 Polaris RZR Mint 400 presented by BFGoodrich Tires Tune will air on NBC as part of the Red Bull Signature Series, Saturday October 8th at 3:30pm EST / 6:30pm PST

For more information on the 2017 dates visit: www.themint400.com