Inspired by the classic movie “American Graffiti”, Rugged Radios built one of the most iconic cars in American culture — Milner’s 1932 Ford Deuce Coupe with a 5″ chop! But here’s the kicker — it was done with a 2018 Polaris RZR XP1!

Follow along on this build project to see how we recreated one of the most well known cars in American culture — all on a 4WD RZR! Remember – keep watching for Part II when Rugged Radios puts the Rugged ’32 to the test and we’ll show you just what this baby can do.

Stay tuned and follow us online, especially with the hashtag #rugged32 to follow this build project… https://www.ruggedradios.com/rugged32 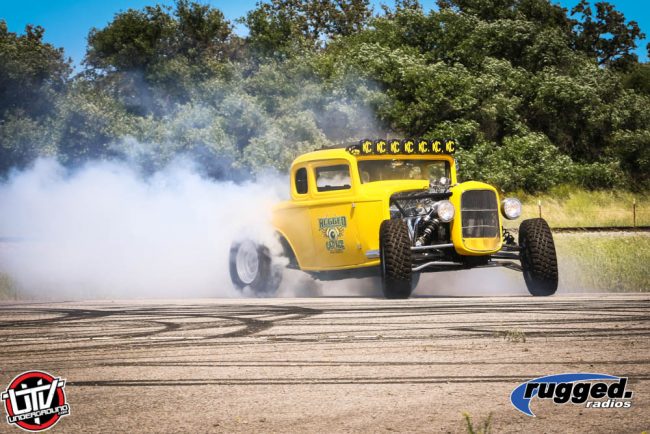 Inspired by the classic movie “American Graffiti”, Rugged Radios set out to build a replica of one of the most iconic cars in American culture — Milner’s 1932 Ford Deuce Coupe with a 5″ chop! But here’s the kicker — it was all done with a 2018 Polaris RZR XP1!

This custom build is unlike anything you’ve ever seen before merging an old school classic car and modern 4-wheel drive technology.

Rugged Radios founder and President Greg Cottrell commented, “I’ve always wanted to build something like this. And since we wanted something unique for the TV Show ‘Destination Polaris’ — it couldn’t have worked out better. Everything about this build just came together so well. It’s a beautiful machine that actually performs, I mean really performs!”

Developed as a full frame build, stretched one foot, and utilizing the same suspension and motor mounting points, the build presented many challenges. The Rugged ’32 was built as a classic throwback car, but this Polaris RZR still has to work hard on the dunes and trails, so every detail was carefully developed. From engine to suspension, no detail was left untouched.

No doubt, the engine up front is the biggest eye catcher and head scratcher, but here’s the secret. It’s actually a 350 Chevy motor mockup block. It’s a fake, lightweight replica engine that’s modified to be a 350 cubic inch gas tank. In fact, the carburetor intake is actually the fuel cap. All the power of the Rugged ’32 still resides in the powerful Polaris motor with the addition of a Boondocker Turbo for 200hp of offroad domination! 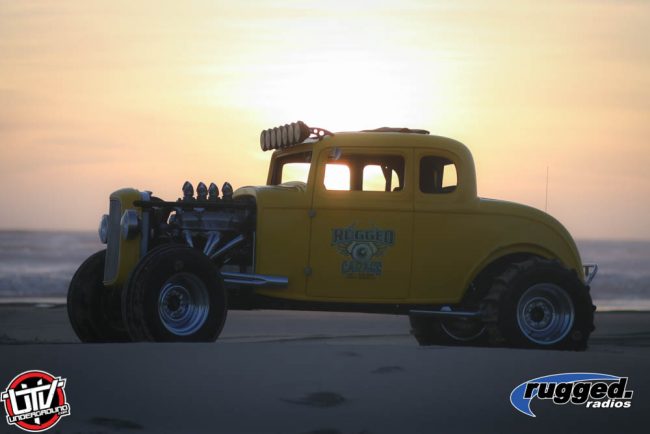 Interior:
• Custom bench seat was made by PRP Seats
• PRP 4 point harnesses
• Transmission shift lever is made from a Piston
• Tucked away is a full 6 point roll cage

Suspension:
• Ruffstuff Suspension system Designed by Shannon Campbell
• 10” Walker Evans 2.5” Coil Over Shocks
• All of the suspension links have been chrome plated
• Zollinger hubs to convert to 6 bolt Chevy pattern 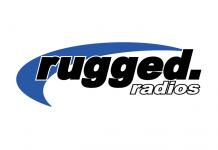