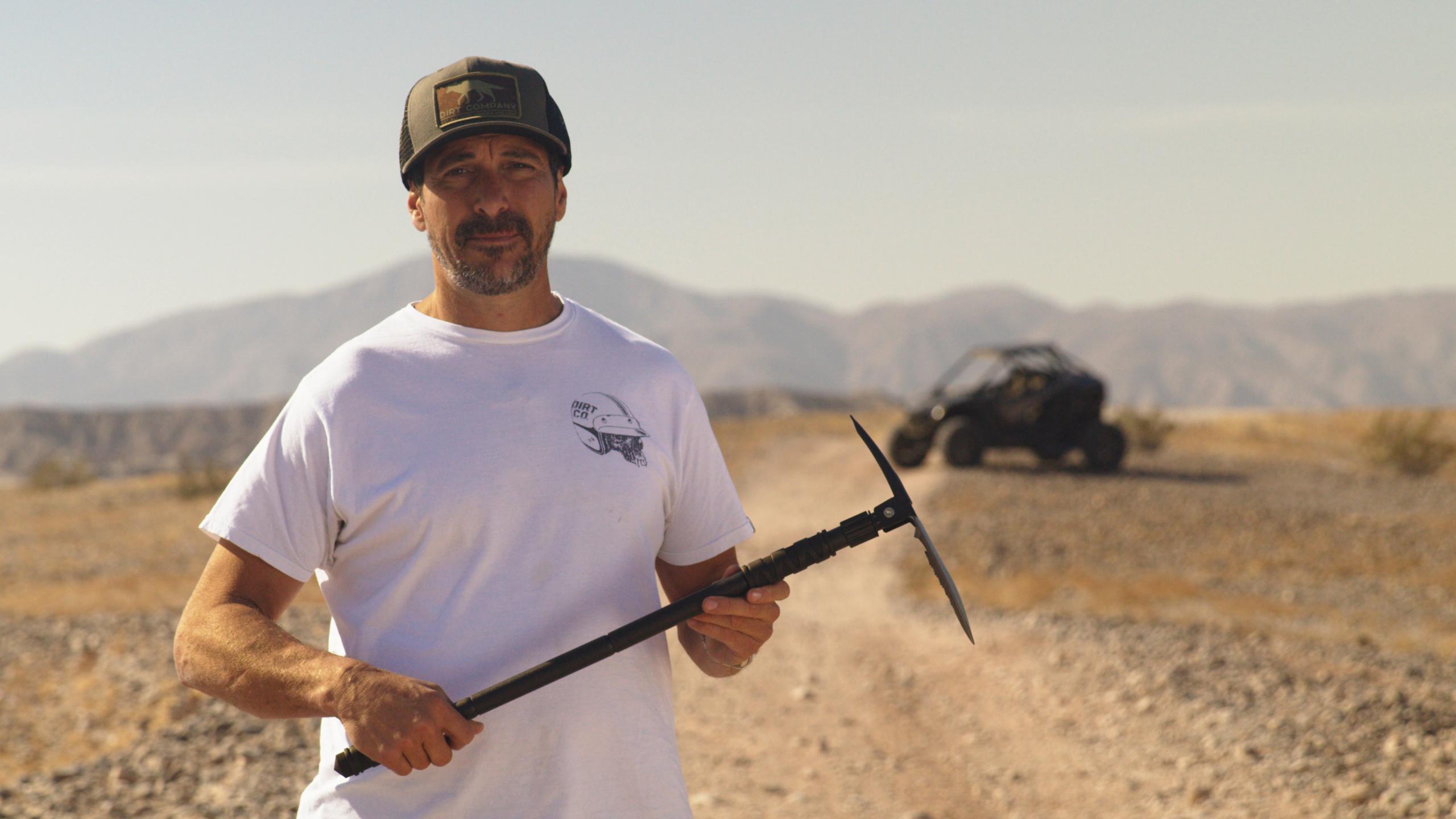 The quick hit: The Rhino USA Ultimate Survival Shovel is a heavy-duty, carbon, military-style shovel designed for off-road, camping, gardening, the beach, sand, mud, and snow. It holds a massive selection of useful tools like a fire starter, whistle, bottle opener, saw, hoe, fish scaler, and more, all inside a 31” long extendable body. It comes with a money-back guarantee, lifetime warranty and is manufactured by an American-owned and operated family-run business. AND – it’s the last survival shovel you’ll ever need! 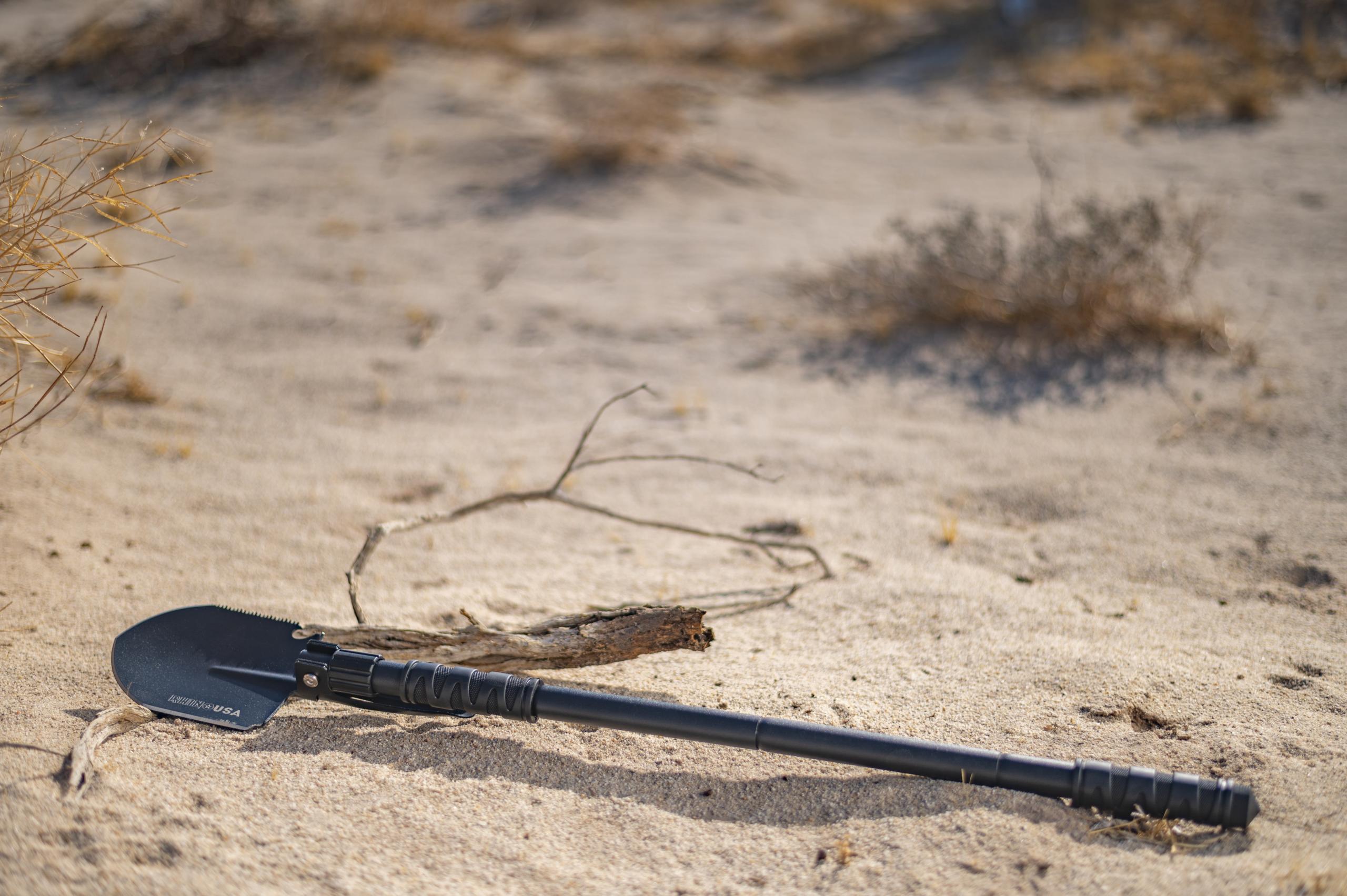 If you’re in your 40’s you probably remember when Rambo hit the theatres in 1982, and suddenly we all wanted, no – NEEDED a Rambo knife! The First Blood survival blade featured in the film was a 13-inch steel and aluminum masterpiece, made by Arkansas knife designer Jimmy Lile and it spurred a resurgence in survival gear. Flash forward nearly 40 years and we’re all still obsessed with getting into and out of sticky situations! A while back featured the Rhino USA Folding Survival Shovel w/ Pick. The Ultimate Survival Shovel is even more evolved and has the tools to cover just about every emergency scenario you can think of.

There is a lot going on with this tool so let’s break down some of the included pieces. The shovel itself is a pretty decent size and has a saw for hacking up wood as well as a bottle opener. It moves quite a bit of dirt for its size and feels well balanced when assembled. We love the rubberized grip too because we don’t always have gloves handy. The flint fire starter is probably one of the most important tools in the entire kit – because if you’re not a smoker chances are you aren’t carrying a lighter. We were able to hack up some wood in the wild and start a fire in a few minutes. That alone might save your ass in an overnight situation. The fish scale knife – another toothed cutting tool, and the window breaker are both extremely useful, as is the emergency whistle in a pinch. We do wish there was a way to pack a compass into the kit and maybe some kind of space blanket but beggars can’t be choosers. We’ve seen a few other shovels that include screwdrivers but that seems a little overkill. That’s all going to be in your toolkit anyway.

We’ve seen similar shovels online ranging from $99 to $399 – some even come in a hard case. Yeah, a hard case, to keep your shovel…nice? Why so expensive? Well, they have shiny shovelheads and say things like “tactical” in their name. Trust us you don’t need to spend more than $40 for a Survival Shovel – Rhino has them on sale right now for $29.97! Wann be tactical? Spend the extra money you saved on ammo. That’s tactical. A few months back we added the Rhino USA Folding Survival Shovel to all our rigs. We’re going to add the Ultimate Survival Shovel too. It just makes sense to have a second shovel on hand for when you need it, and the tools included are too important not to have. It’s collapsable and comes in a nice carry case. Perfect for the trunk or gearbox. Whether you’re gearing up for a week in the bush hunting, OR just making sure your wife doesn’t end up stuck in a snowbank with no way to get out – check out the Rhino USA Ultimate Survival Shovel – it’s John Rambo approved!