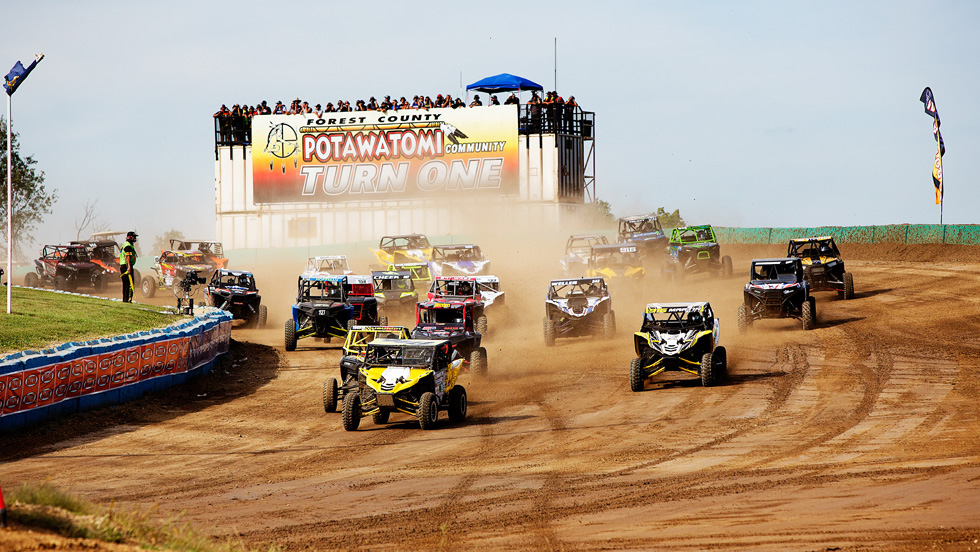 SALT LAKE CITY (Oct. 31, 2016)–TORC: The Off-Road Championship presented by AMSOIL has announced its 2017 season schedule featuring 13 PRO racing rounds over seven event weekends at many of the country’s most popular off-road tracks. The 2017 schedule will continue to build a solid foundation encouraging further growth and public awareness of off-road short course truck racing, the drivers and the series. MSI, the owners of the TORC series, remain focused on improving the overall racing experience for both fans and drivers.

“In 2016, we began the process of renewing the stability of the TORC series. The 2017 schedule will further connect short course off-road racing to its roots in an inclusive manner centered around drivers and fans,” said Adam Comey MSI-TORC CEO/President. “We appreciate the devoted fanbase of outdoor enthusiasts, families and fans who support the sport through watching our broadcast coverage and by coming out to races. The TORC community can look forward to seven eventful weekends of the best racing the series has ever seen.”

The 2017 season will continue to include PRO 4WD, PRO 2WD and PRO Light truck racing at all 13 rounds. Following the successful addition of PRO UTV racing in 2016, with over 50 drivers getting in on the action, TORC series will host both classes of PRO UTV at all race locations. Every race weekend will also include Sportsmen class drivers; with the goal of encouraging new talent to get behind the wheel. 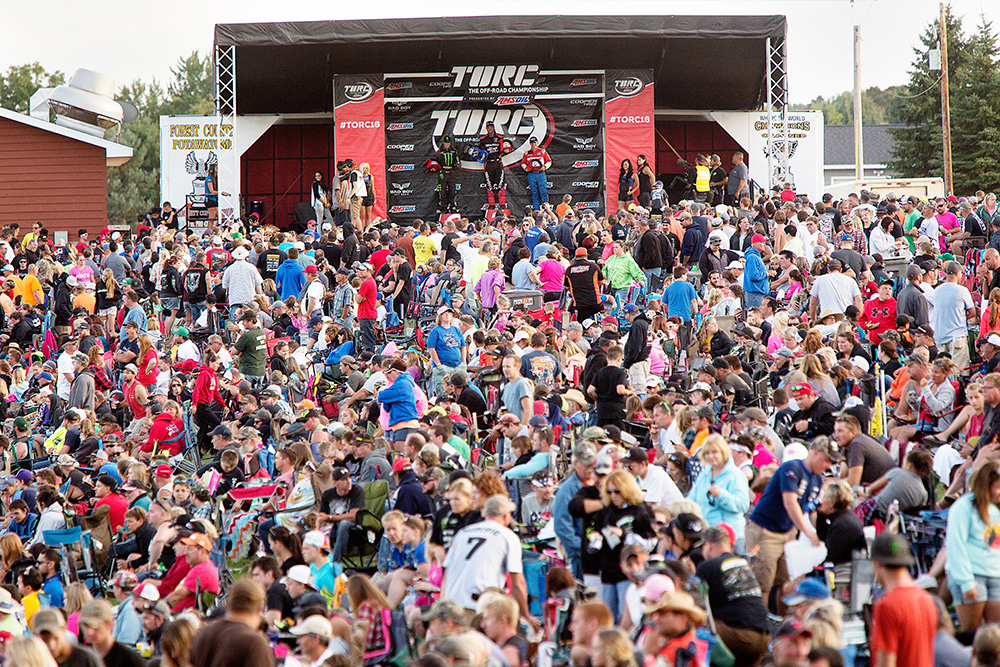 “With the 2017 schedule, we will further elevate the overall TORC experience while also refining the professionalism and structure of each race,” said TORC Series Director Ben Nelson. “We will continue to listen to our drivers and remain sharply focused on developing a solid racing product. TORC appreciates that we are a community of fans, drivers and their teams. We strive to serve this community to the best of our ability.”

“I am beyond excited for the 2017 race season. Not only has our team had major success at all of these tracks in the past, but these are phenomenal venues dedicated to the sport,” said TORC PRO Light Driver Cam Reimers. “We have it all next season—short tracks in large markets, rising venues that staked their claim in 2016 and legendary facilities where we witnessed tens of thousands of die-hard fans pour into the middle of nowhere and put on one of the most amazing events in motorsports. The 2017 season looks to be the biggest yet and one fans won’t want to miss.”

The TORC racing season will kick off with Rounds 1 & 2 in Chicago May 6-7. From there, the series will head to Elk River Motor Park (ERX) for Rounds 3 & 4 June 10-11. ERX hosted TORC racing for the first time in 2016. Both organizers and drivers were thrilled with the racing as well as the enthusiastic turnout. The series and the venue look forward to an even larger showing of fans in 2017.

Next, the championship will return to Crandon International Off-Road Raceway on June 24-25 for Rounds 5 & 6. The facility has hosted off-road racing events for more than 47 years and was home to the inaugural Crandon World Cup in 2016, a Red Bull Signature Series event.

Rounds 7 & 8 will reunite TORC with the fans of Michigan’s Upper Peninsula July 15-16 at Bark River International Raceway, which features one of the series’ most demanding tracks with some of the fastest corners and biggest jumps in the sport. In 2017, Bark River will be celebrating its 42nd year of hosting off-road racing in the Upper Peninsula.

Dedicated motorsports fans will also be excited to learn that TORC will return to Red Bud, Aug. 12-13 for the first time since 2012. Rounds 9 & 10 will take place at this iconic location featuring a purpose-built track designed specifically for TORC racing.

For Round 11, TORC will return to The Big House, joining Crandon’s Labor Day weekend celebration. The 2016 season saw more than 49,600 fans gather at this legendary event over the course of the weekend.
Finally, the season will conclude with The Final Round: TORC National Championship, Rounds 12 & 13; a second weekend of racing at ERX Motor Park. Fans from across the country will be able to gather for a special weekend of racing solely dedicated to crowning the 2017 Champions.

“The 2016 season was awesome! I had a lot of fun battling with everyone all year long and can’t wait till 2017,” said 2016 TORC PRO 4WD and PRO 2WD Overall Champion CJ Greaves. “We have a few big changes going on, and the TORC crew did a great job with the new schedule. I am really pumped to be going back to ERX and Red Bud.” 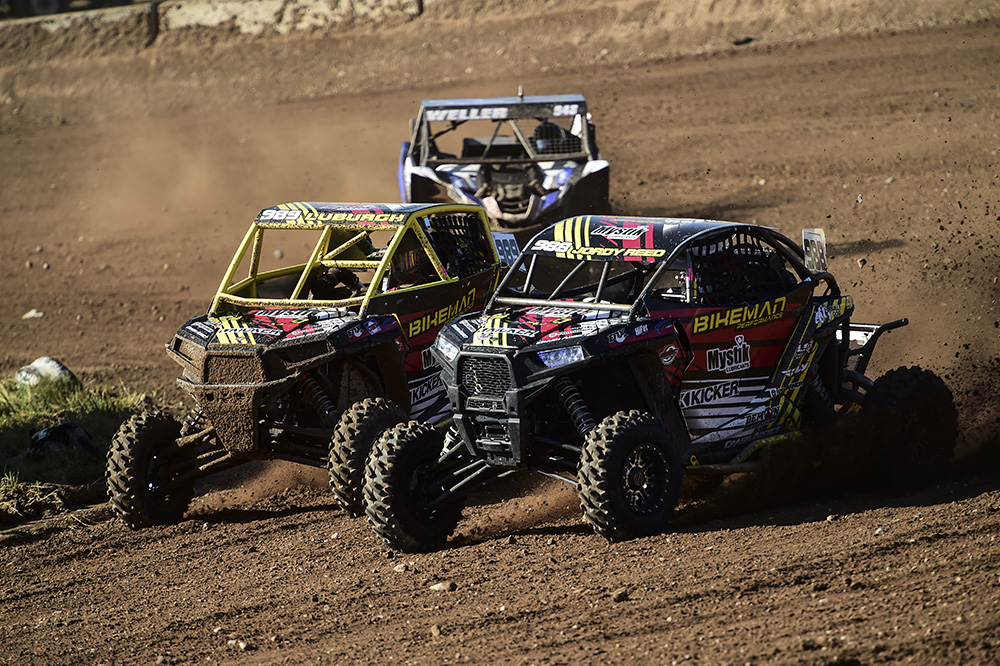 TORC: THE OFF-ROAD CHAMPIONSHIP PRESENTED BY AMSOIL
TORC: The Off-Road Championship presented by AMSOIL is the nation’s premier off-road short course truck racing series. A collision between action sport and motorsport, TORC is the ultimate battleground for 900-plus horsepower race trucks competing to win the TORC National Championship. Action-adventure sports events company Mountain Sports International acquired ownership of TORC at the end of 2015 and brings its core strengths in HD digital broadcast production and event management to the growing series. Full television coverage of the 2016 TORC National Championship is carried on the FS2 television network with free HD digital broadcasts available live and on demand on www.torcseries.com.

MSI
MSI, based in Salt Lake City, is a full service event production and marketing agency with broadcast production capabilities through its sister company, MSI Live. Since 1997, MSI has matched brand to culture-transforming consumers into enthusiasts by creating sought-after events that define the sports and live entertainment experience. Our team is motivated by challenging and innovative projects that redefine consumer interaction with our client brands. Founded in 2009, MSI Live provides broadcast production services, mobile units, and live transmission and encoding services of live events around the world.
MSI and MSI Live stand on long-term relationships with quality brands like Red Bull, Lexus, The North Face, Sierra Nevada Brewing Company, Sony PlayStation, Universal Music Group, US Open of Surfing, Street League Skateboarding, NASCAR Productions among many others.
MSI operates the TORC: The Off-Road Championship, Sierra Nevada Beer Camp Across America, Lexus LaceUp Running Series and the SCOTT Enduro Cup in addition to several other properties and concepts. For more information, visit mtsports.com.